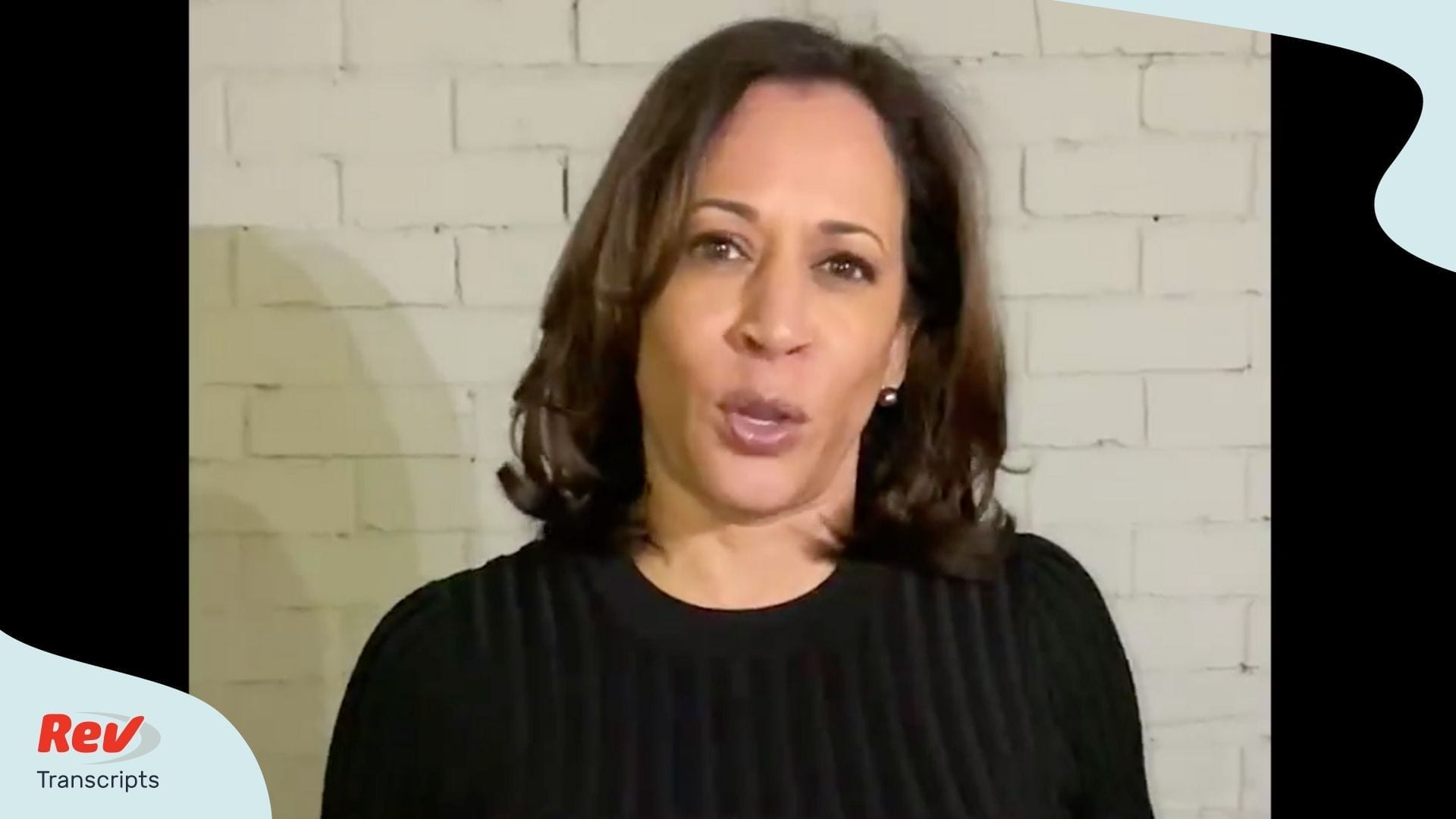 Kamala Harris posted a video to her online social media accounts in which she communicated her support for Democratic candidate Joe Biden. Read the full transcript of her endorsement.

Kamala Harris: (00:01)
Hey everybody. So I’m here in Alabama. I arrived here to commemorate the 55th anniversary of Bloody Sunday. I’ll be walking across the Edmund Pettus Bridge again with John Lewis and so many great, great leaders and fighters. And I’m just here thinking about all the folks who, for generations, have fought and died for our civil rights. And fought to help our nation achieve its ideals. And, you guys know, we still have yet to achieve those ideals. But one of the greatest things about us is we are willing to fight to get there. So I just wanted you guys to know, because you’ve been supporting me for so long. And I just wanted you guys to know, I have decided that I am, with great enthusiasm, going to endorse Joe Biden for President of the United States. I believe in Joe. I really believe in him, and I have known him for a long time.

Kamala Harris: (00:58)
One of the things that we need right now is we need a leader who really does care about the people. And who can therefore unify the people. And I believe Joe can do that. I am supporting Joe because I believe that he is a man who has lived his life with great dignity. He is a public servant, who has always worked for the best of who we are as a nation. And we need that right now. There is so much at stake in this election, guys. So join me in supporting Joe, and let’s get this done. And come and hang out. We’re going to be in Detroit Monday night. Come join us Monday night. I’ll see you later.