Transcript: Donald Trump Says He’ll Have His SCOTUS Pick ‘Next Week’, ‘Most Likely’ Will Be a Woman 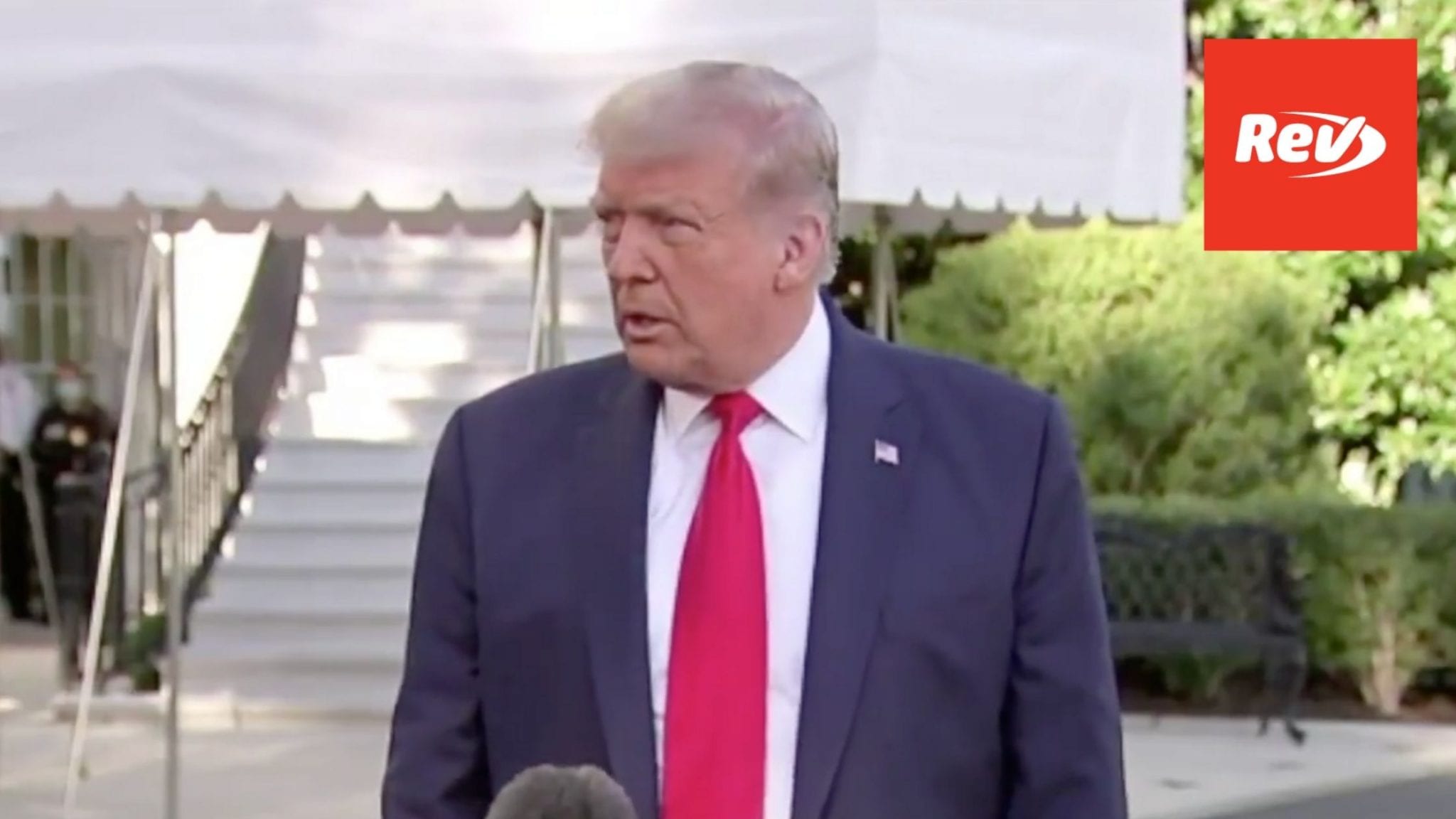 Donald Trump spoke with reporters before his September 19 North Carolina rally, saying he will be making his Supreme Court nomination “next week” and “most likely it would be a woman,” mentioning Barbara Lagoa. Read the full transcript of his comments here.

Donald Trump: (00:01)
Well, they’re going to report the full scope of the deal very soon, very soon, but it’ll be totally controlled by Oracle and Walmart. All of the control is Walmart and Oracle, two great American companies. You have the combination of the Walmart, that’s obvious, and the high tech of Oracle, and the genius of the two leaders of those companies. Okay?

Donald Trump: (00:52)
But we’re here now. Right now, we’re here. And we have an obligation to the voters, all of the people, the millions of people that put us here in the form of a victory. We have an obligation to them, to all of those voters, and it’s a very simple thing. So I would disagree. If that’s what she said, that’s not the way I read it. I read it differently. But if that’s what she said, I totally disagree.

Donald Trump: (01:22)
I’ve had a short list for a while. We added a number of people onto the list, the previous list. We have about 45 altogether. I do indeed have a short list. I’ve gotten to know many of them. I think it’s probably, from a legal standpoint, from a sophisticated understanding of the law, from a constitutional standpoint, I think it’s the greatest list ever assembled.

Donald Trump: (01:48)
And I think that the other side should show their radical left list, and I think you’ll be surprised.

Speaker 6: (01:55)
President Trump, what do you think of Amy Coney Barrett? A lot of people think she’s the front runner.

Donald Trump: (02:46)
Well, that’s called the consequences of losing an election. He lost the election. He didn’t have the votes. When you lose elections, sometimes things don’t work out well.

Donald Trump: (03:10)
Well, I don’t know. We’re working with all of the Republican senators and working with Mitch McConnell, and we’ll be making a decision. I would think before it would be very good, but we’ll be making a decision. I think the process can go very, very fast. I’ll be making my choice soon, and when the choice is made, I’ll be sending it over to Mitch and the Senate, and they will do what they have to do. I think we’ll have a very popular choice, whoever it may be, but we’ll be sending it over to the Senate.