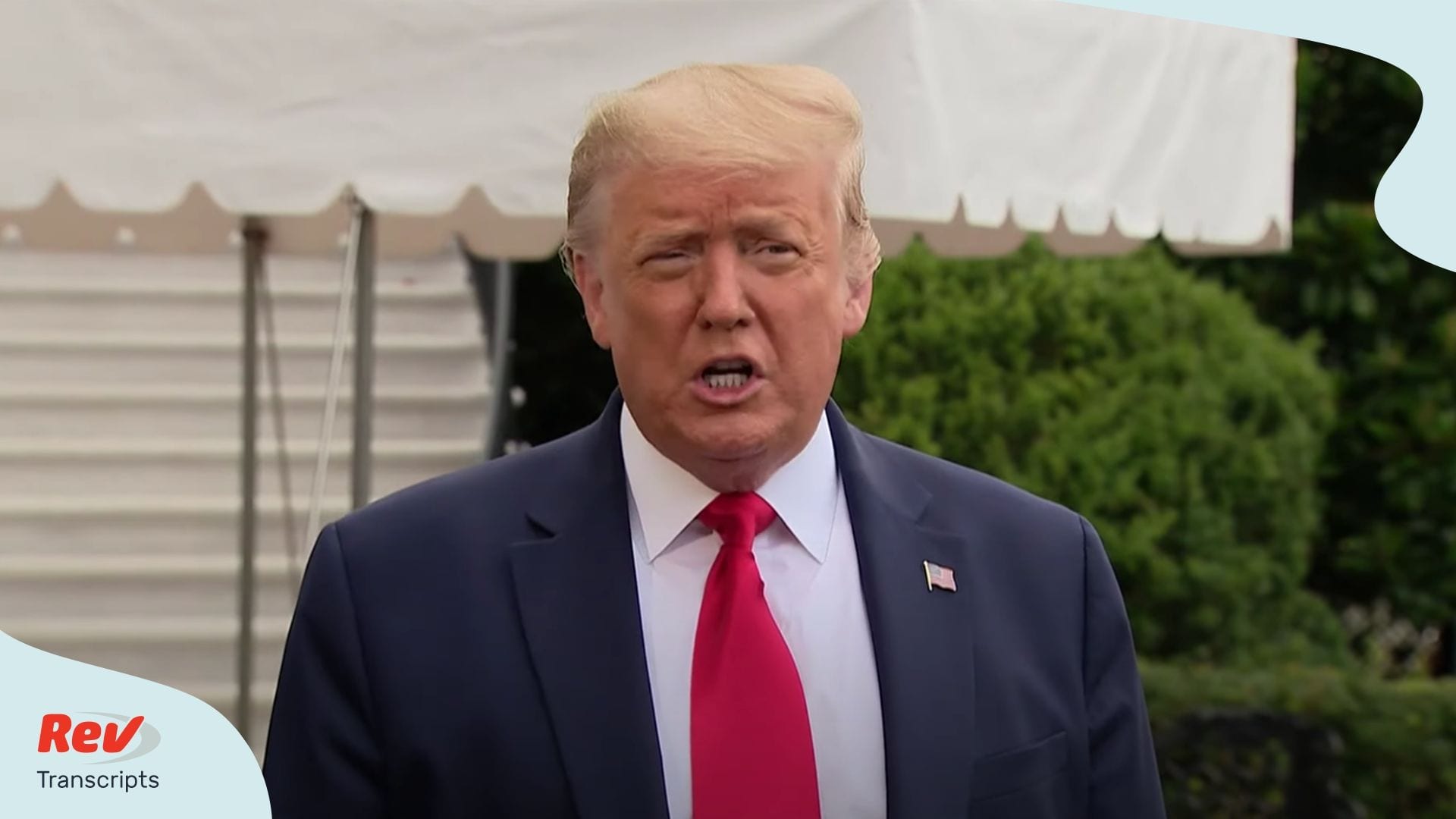 Donald Trump spoke with the press on the way to his helicopter on July 10, leaving open the possibility of a Roger Stone pardon. Trump commuted the prison sentence of Stone today, his longtime friend who was convicted of crimes that included lying to Congress.

Donald Trump: (00:09)
Hello, everybody. We’re going to Miami. We’re going to different parts of Florida today. We’ll be back at about 11 o’clock tonight, and a lot of stops, a lot of very good stuff. We look forward to it. Tropical storm Fay is probably going to be hitting a place called New Jersey, a good place, pretty soon. We are on the watch. We are fully prepared. FEMA’s ready in case it’s bad. It shouldn’t be too bad, but you never know. You never know, but at this moment it’s looking like it’s going to be hitting New Jersey fairly soon. We are fully prepared and other than that, I’ll see you in Miami. Okay? Thank you.

Donald Trump: (00:55)
He plagiarized from me, but he can never pull it off. He likes to plagiarizing. It’s a plan that is very radical left, but he said the right things because he’s copping what I’ve done. The difference is he can’t do it and he knows he’s not doing that. He can’t be the same because he’s raising taxes way too much. He’s raising everybody’s taxes. He’s also putting tremendous amounts of regulations back on. Those two things are two primary reasons that I created the greatest economy we’ve ever had. Now we’re creating it again. Okay?

Donald Trump: (01:33)
Well, I’ll be looking at it. I think Roger Stone was very unfairly treated as were many people. In the meantime, Comey and all these guys are walking around including Biden and Obama because we caught them spying on my campaign. Who would have believed that one? Thank you.