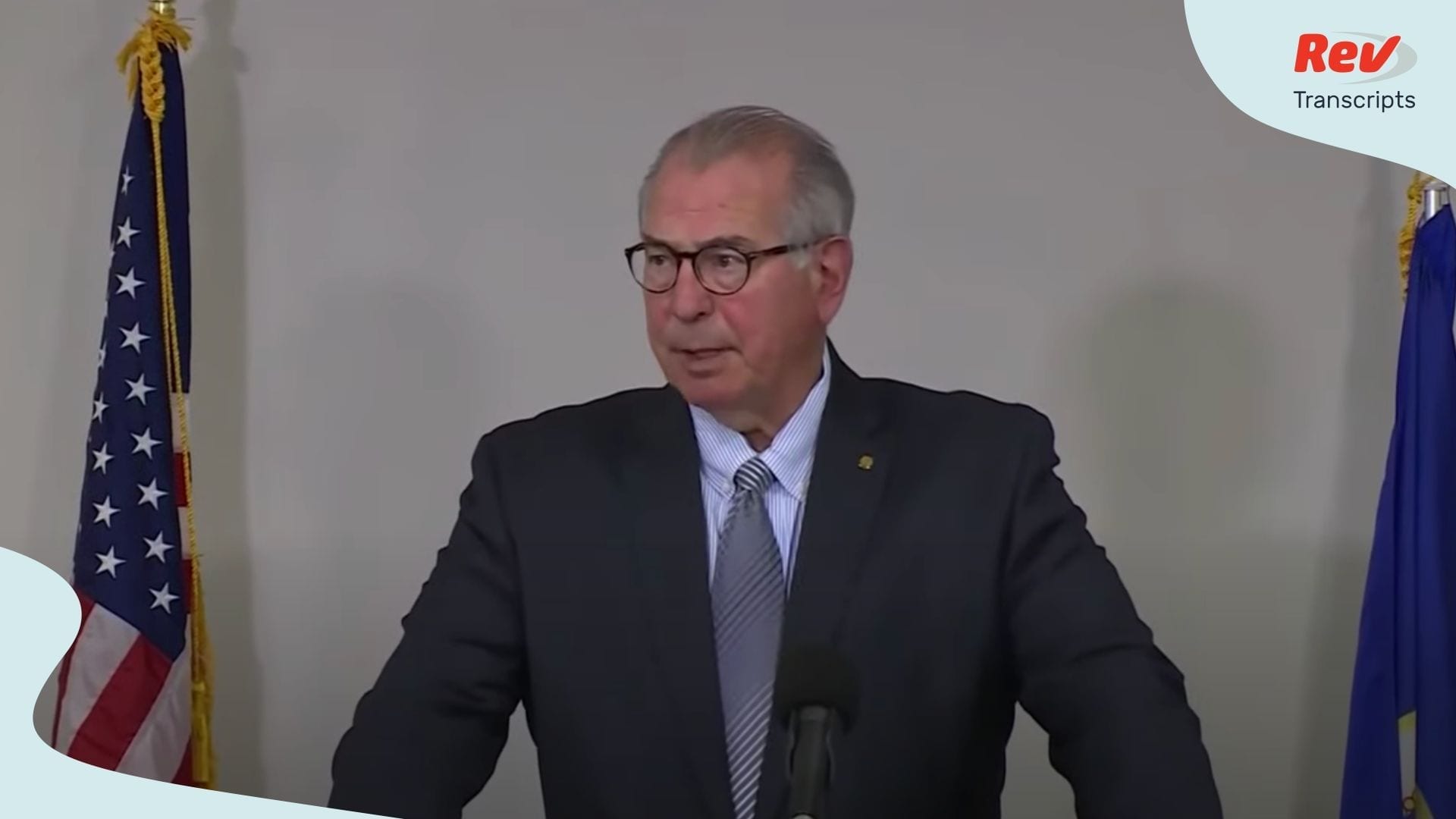 Mike Freeman: (00:40)
He has been charged with third degree murder. We are in the process of continuing to review the evidence. There may be subsequent charges later. I failed to share with you, a detailed complaint will be made available to you this afternoon. I didn’t want to wait any longer to share the news that he’s in custody and has been charged with murder.

Speaker 3: (01:03)
What about the other three officers involved?

Mike Freeman: (01:07)
The investigation is ongoing. We felt it appropriate to focus on the most dangerous perpetrator. I must say that this case has moved with extraordinary speed. This conduct, this criminal action, took place on Monday evening, May 25th, Memorial day. I’m speaking to you at 1:00 on Friday, May 29th. That’s less than four days. That’s extraordinary. We have never charged a case in that kind of timeframe, and we can only charge a case when we have sufficient admissible evidence to prove the case beyond a reasonable doubt. As of right now, we have that. Give her a follow up, go ahead.

Speaker 3: (01:57)
Many people, including the mayor, have said that any other citizen with the video evidence available would have been arrested and held while awaiting charges earlier. Why didn’t that happen in this case?

Mike Freeman: (02:07)
We have charged this case as quickly as sufficient admissible evidence to charge it has been investigated and presented to us.

Speaker 4: (02:18)
Mike, you were saying yesterday that people should be patient, and it’s going to take time. What’s changed since yesterday and this morning, or this afternoon, that now we’re seeing murder charges against Chauvin?

Mike Freeman: (02:28)
Fair question. We have now been able to put together the evidence that we need. Even as late as yesterday afternoon, we didn’t have all that we needed. We have now found it, and we felt a responsibility to charge this as soon as possible. Paul?

Mike Freeman: (02:48)
No. Folks, I’m not going to talk specifically about this piece of evidence or that piece of evidence. You will see, and you all are veterans. I can only talk about what’s in the complaint. You will see in the complaint the evidence and put it all together. We needed to have it all. Now, let me just quickly say we have evidence. We have the citizens’ cameras, video, that horrible, horrific, terrible thing that we have all seen over and over again. We have the officer’s body-worn camera. We have statements from some witnesses. We have a preliminary report from the medical examiner. We have discussions with an expert. All of that has come together, so we felt, in our professional judgment, it was time to charge, and we have so done.

Paul: (03:38)
Based on the other officers’ role in the video, what criminal statutes could apply to those officers if it’s not murder?

Mike Freeman: (03:45)
I’m not going to speculate today on the other officers. They are under investigation. I anticipate charges, but I’m not going to get into that today. We’re talking about former officer Chauvin, which we believe has met the standards to be charged, and that’s what we have done.

Speaker 5: (04:05)
[crosstalk 00:04:05] How closely did you look at the second degree statutes, either intentional or unintentional, that on the surface seem to fit the videotape evidence we’ve all seen?

Mike Freeman: (04:15)
We have looked very closely at all statutes. This is what we’ve charged now. Investigation is ongoing. We have more discussions to do with our experts. This is the same charges that we made when we charge former Minneapolis police officer Mohamed Noor. The exact same third degree charge and manslaughter charge.

Speaker 2: (04:42)
I’ve seen you charge cases faster than four days. Are you saying that this is the fastest you’ve ever charged a police officer?

Mike Freeman: (04:49)
This is by far the fastest we’ve ever charged a police officer. Okay? Normally these cases can take nine months to a year. We have to charge these cases very carefully because we have a difficult burden of proof. And let me just say something about that. We entrust our police officers to use certain amounts of force to do their job, to protect us. They commit a criminal act if they use this force unreasonably. We have to prove that beyond a reasonable doubt. The Hennepin County Attorney’s Office is one of the few prosecutor offices in this country in the last five years to successfully prosecute a police officer for murder. And we did that on behalf of Justine Damond. That’s unusual. We know how to do this. We have a very veteran prosecutor group aided by a very veteran investigator group at the BCA.

Mike Freeman: (05:46)
On top of that, we’ve had great cooperation from the FBI, and from United States Attorney Erica MacDonald. And she may have some things to share with you soon, but she does that on her own timetable. I want to say to you that I’m very pleased about that level of cooperation, which frankly, I will say to you, doesn’t necessarily happen in other jurisdictions according to my friends and the national prosecutors. One last one.

Speaker 4: (06:16)
That took months, close to a year. This takes days. Did public outrage play a role in the speed of this investigation?

Mike Freeman: (06:25)
I am not insensitive to what’s happened in the streets. My own home has been picketed regularly. My job is to do it only when we have sufficient evidence. We have it today. Mohamed Noor was a very difficult case. We didn’t have the kind of video tape we need, and there was all sorts of other evidence that took us a long time. We do our level best to charge each case when we have the evidence to do it, but we cannot… And I will not allow us to charge a case until it’s ready. This case is now ready. And we have charged it.

Mike Freeman: (07:12)
Good. Thank you. Let me say, so you have it. The complaint… It’s been completed, and it is being processed now, and the signed copy will be made available to you today.