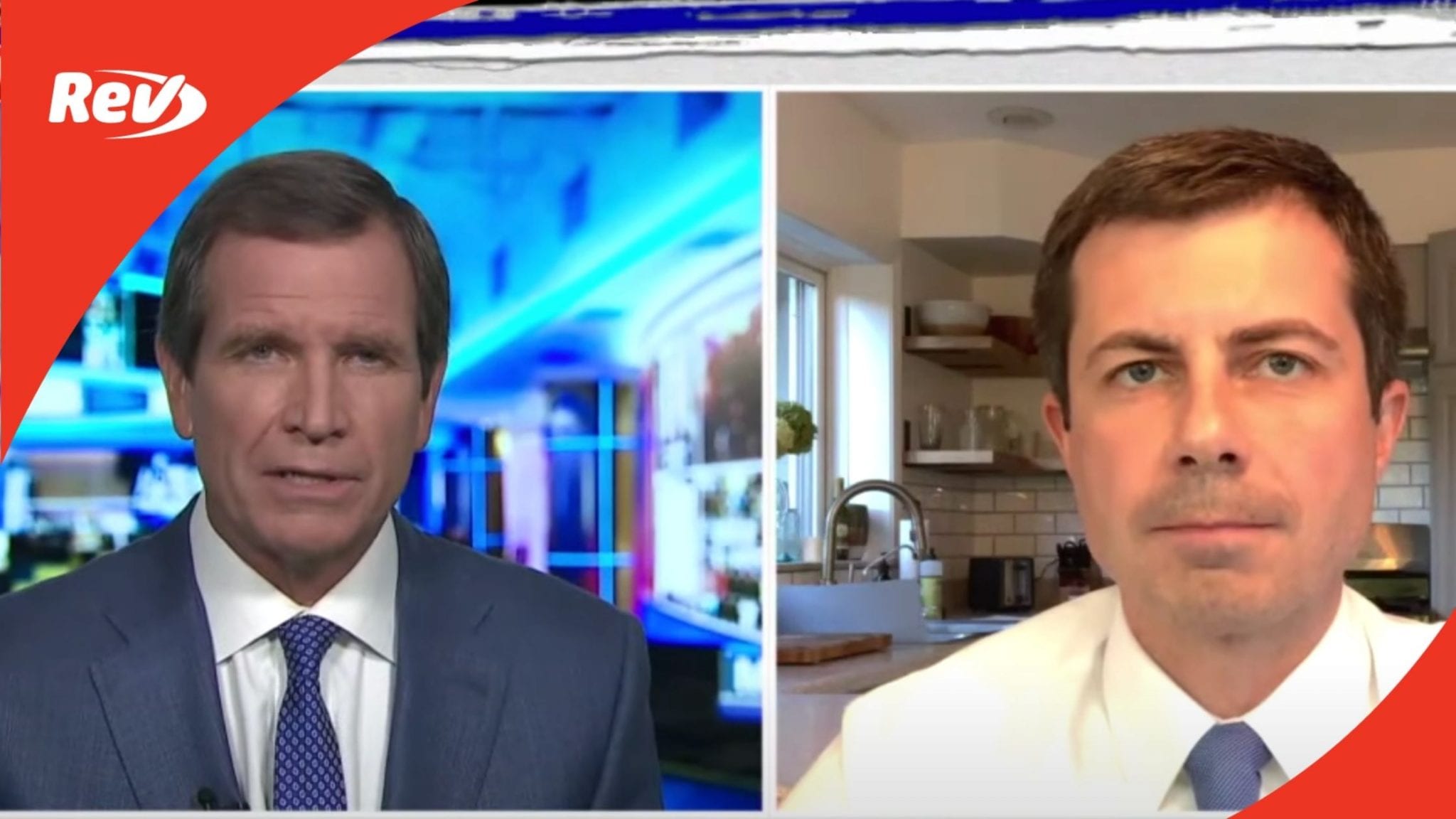 Interviewer: (00:00)
Former mayor of South Bend, Indiana, Pete Buttigieg, he is a Navy veteran who served our country in Afghanistan as an intelligence officer. Pete, you have tweeted some pretty strong words about the article about the president today in the Atlantic. You wrote, “There are no words for how disgusting, and dishonorable this is.” My question to you is, how do you know it’s accurate? How do you know it’s true?

Pete Buttigieg: (00:26)
Yeah, that’s easy. I mean, this is a pattern we’ve seen from the president throughout his life. When he was a young man, he faked a disability, so he could avoid serving when it was his turn. We’ve watched him refer to prisoners of war like John McCain as losers with our own eye. Look, if you’re watching this at home, here’s how willing Donald Trump is to insult your intelligence. Today, he denied that he ever called John McCain a loser. Again, if you’re watching this at home, grab your phone, go on Google, you can see a video of him doing it. You can see a tweet of him doing it.

Pete Buttigieg: (00:59)
I think it’s pretty easy to figure out who to believe, and to bid. Again, I’m looking at the internet right now. Fox News itself has confirmed many of the details of this story. Here’s the bottom line, the president thinks people who play by the rules, or people who sacrifice for others are suckers. He thinks people who pay their taxes are suckers. He seems to think Christians are suckers. He’ll just hold up the Bible as a prop, without ever seeming to look into it. This is part of a clearer, consistent, repeated pattern of behavior, although, I will say these revelations about just how much this president disrespects the military do represent a new love.

Interviewer: (01:41)
There are five current and former members of the White House staff though, who say they were with the president that day, and that nothing of the kind ever happened. I’m talking about Sarah Huckabee Sanders, and-

Pete Buttigieg: (01:59)
… Again, multiple sources confirm this, multiple news organizations confirm this, but if you don’t want to believe that, believe your own eyes, because this president has been disrespecting the military from the day that he let some sucker in his view, go in his place to serve in Vietnam, because he didn’t want to.

Interviewer: (02:18)
Let me read the quotes from Sarah Huckabee Sanders. She was the president’s press spokesperson at the time. She says, “I was actually there, and one of the people part of the discussion, this never happened. I’ve sat in the room when our president called family members after their sons were killed in action, and it was heart wrenching.” Hogan Gidley, also part of the White House communications team says, “I was there in Paris, and the president never said those things.” And, I could go on, there are a few other White House staffers who say similar kinds of things, but it just comes down to a, “He said, she said.” Democrats seem to be seizing upon this, and Republicans are blasting the report as [crosstalk 00:02:58].

Pete Buttigieg: (03:00)
I mean, look, the president today lied on Twitter about never calling John McCain a loser. Now, he’s asking us to believe that, okay, he’s lying about that today, because we can check, and see the footage, but he’s not lying about the other stuff? He must think we’re all suckers, and the amazing thing to me is how little respect he has for the intelligence of his own supporters.

Interviewer: (03:20)
John Bolton, obviously no longer a great supporter of the president, but he said he was there in the room, and you may have heard the clip at the beginning of the show. He said, “The call not to fly on Marine One was simply because of bad weather. It had nothing to do with the president’s desire not to go there.”

Pete Buttigieg: (04:03)
Look, this is a lot bigger than whether the president went to a ceremony or not, this is a fundamental disrespect that we have seen the president show. We’ve seen it with our own eyes, and the statements he’s made in public. It just turns out that we’ve got a lot of people from inside the administration willing to reveal that behind the scenes it’s even worse.

Interviewer: (04:25)
The president’s National Defense Authorization Act for fiscal year 2020 is what? $738 billion increase in defense spending? He says he supports the military with everything, including the national checkbook.

Pete Buttigieg: (04:42)
No, ask yourself this, if somebody you love went to serve, if somebody you know didn’t come back, does the president signing off on some big program to you make up for the insult of him describing America’s war dead as losers? The Navy answer is pretty clear, and by the way, if you’re a Republican, and you’ve always voted Republican, and it’s hard for you to join the many Republicans who are walking away from this president, think about this, years later we’re going to look back on this moment, and see whether you could either be a John McCain Republican, or a Donald Trump Republican, but you’ve got to choose. Think about which you’d rather be.