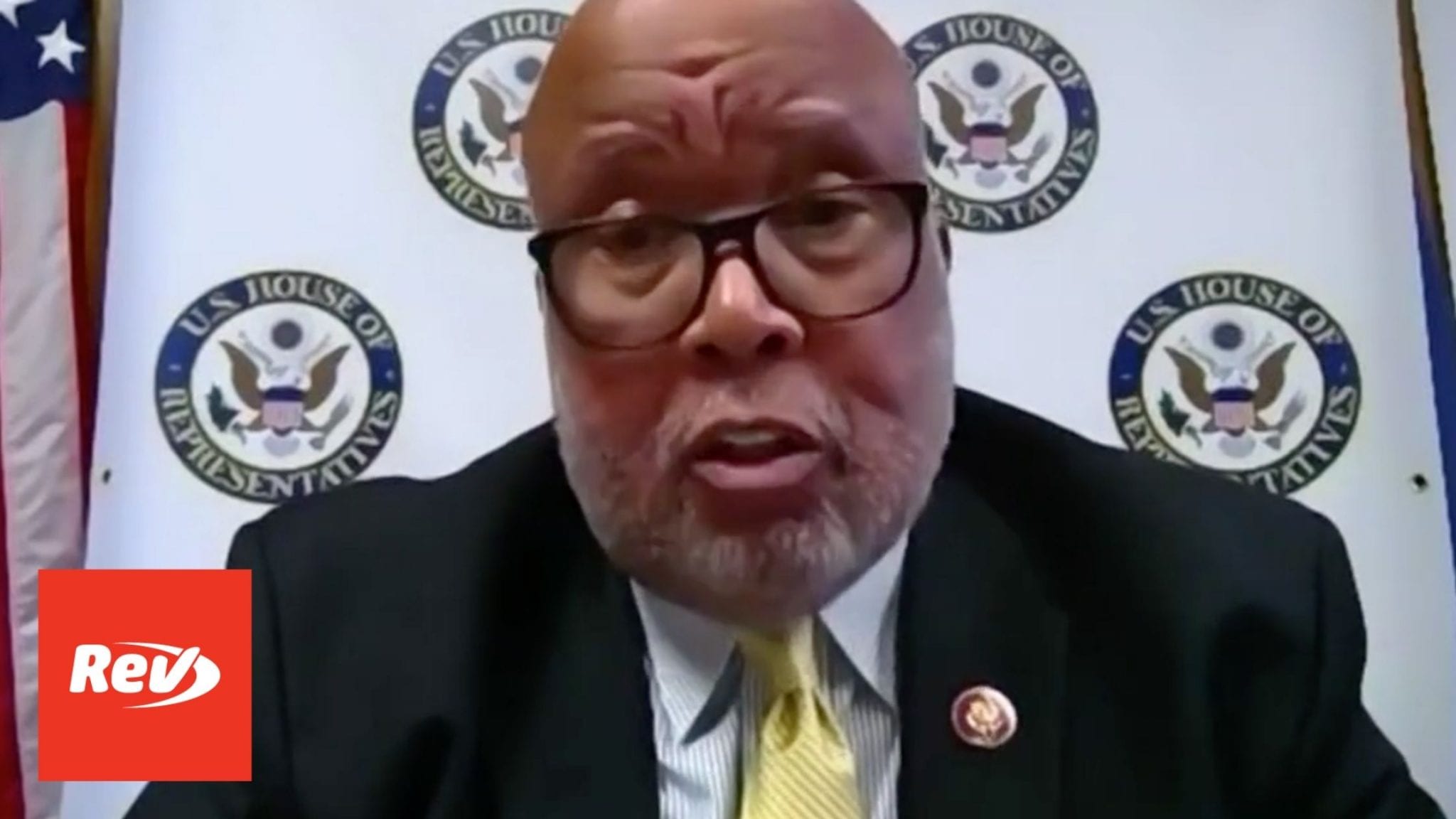 NAACP members held a press conference on February 16, 2021 to discuss the organization’s lawsuit filed against Donald Trump and Rudy Giuliani. The lawsuit claims that Trump and Giuliani violated the Ku Klux Klan Act of 1871 through their involvement in the January 6 Capitol riot. Read the transcript of the briefing here.

Congressman Thompson: (00:00)
… as a member of Congress, all I wanted to do was do my job. And the insurrection that occurred prevented me from doing that. To be honest with you, if it were not for my wife and others communicating with me from the outside telling me what was going on, I didn’t have the foggiest idea. I saw the moving of the furniture, blocking the doors. I heard the shot where a citizen was killed, who was trying to break into the area. But there was no information forthcoming. And so I thought looking at the impeachment process and the fact that the Senate had an opportunity to convict Donald Trump for inciting this effort on members of Congress and when they failed to do so. I am privileged to partner with the NAACP to have my day in court so that the perpetrators of putting members of Congress at risk can be held accountable. And I look forward to having my day in court.

Trovon: (01:30)
Thank you Joseph. Thank you Congressman Thompson for your remarks there, sir. We’ll now turn this over to Janette Wallace, our general counsel here at the NAACP for remarks from her. Janette, the floor is yours as well.

Janette Wallace: (01:43)
Thank you, Trovon. Good afternoon. As the interim general council of the NAACP, I wanted to put this case in context. In the context of the critical work that we and our partners have been doing throughout the election cycle to ensure that Africa [inaudible 00:02:02] voters’ voices are both heard and ballots are counted. The NAACP has since its founding represented individuals in court to eliminate race based discrimination. Throughout the 2020 election cycle and after the cycle, the NAACP has worked hard to ensure that the voting rights of African Americans are protected. We have responded consistently to former president Donald Trump’s efforts to disenfranchise African American voters. This case is a continuation of that work. By engaging in a violent conspiracy that prevented Congressman Bennie Thompson and his colleagues from doing their jobs and fulfilling their constitutional duty to ratify the presidential election results.

Janette Wallace: (02:56)
Donald Trump, Rudolph Giuliani, the proud boys and the oath keepers once again try to disenfranchise African American voters by not having the election results certified. This coup attempt was a coordinated, months long attempt to destroy democracy. Block the results of a fair and democratic election and prevent the peaceful transfer of power. We are representing Congressman Thompson and the other members of Congress [inaudible 00:03:28] bringing this lawsuit, additionally, to ensure that Donald Trump and his extremist allies are punished and that they [inaudible 00:03:39] deterred from undertakings [inaudible 00:03:43] in the future. With this lawsuit, we seek to demonstrate that no one is above the law and to show that we will remain in this fight to protect the right to vote and make sure that the American people know that our democracy is strong and cannot be undermined. Thank you.

Trovon: (04:05)
Thank you, Janette. Interim general counsel for the NAACP. At this time, I’ll now turn it over to Joseph Sellers. He is a partner and a co-counsel for Cohen Milstein Sellers & Toll. Joe Sellers, the floor is yours, sir.

Joseph Sellers: (04:21)
Thank you, sir. I thought I would speak a little bit in more detail about the nature of the lawsuit. The suit is brought by Congressman Thompson. And as you’ve heard it names, former President Trump in his personal capacity, Rudolph Giuliani, the proud boys and the oath keepers. They are among the most principle architects of the events that caused the insurrection on January 6th and the events that led up to it. The suit relies on a section of a statute enacted right after the Civil War that was known at the time as the KU Klux Klan Act. It’s found at 42 U.S.C section 1985, subsection one. And it prohibits people such as the defendants here from engaging in a conspiracy to attempt to prevent or to prevent members of Congress and other federal officials through their use of violence, intimidation or threats from discharging their official responsibilities as the Congress was charged with doing on January 6th.

Joseph Sellers: (05:35)
And so this is a statute which at the time it was enacted, was intended to protect members of Congress who were from the Southern States, attempting to participate in the reunited national Congress after the Civil War and who were threatened by groups like the KU Klux Klan. And unfortunately we are again needing to invoke the same to ensure protections of members of Congress who were threatened and subject to intimidation. And as you heard Congressman Thompson speak about, suffered real harm during the course of the insurrection and other events that gave rise to it. But let me say one more thing about this and that is some have asked whether this is an attempt to re-litigate the impeachment trial? And I would say that the answer is no. There are undoubtedly aspects of this suit which overlap with features of the evidence that was presented during the impeachment trial.

Joseph Sellers: (06:33)
But the impeachment trial. Of course, was well intended to hold former President Trump accountable for failing to honor his oath of office by inciting an insurrection. This suit is designed to hold those defendants accountable for conspiring to interfere with the members of Congress and particularly Congressman Thompson’s ability to discharge his duties, oversee the ratification of the results of the election. The impeachment trial was of course, a political process and we believe the results were the result of a political process. This suit is being filed in a court of law where the rule of law will apply and we look forward to proceeding with it.

Trovon: (07:22)
Thank you so much Mr. Sellers, for your remarks there. We’re now going to open the floor up for a few questions from any of our media members who may have an additional inquiry for our panelists. We know the story has certainly been circulating all throughout the day itself, but if you have any additional questions, we’re happy to take a few while we have this esteemed group of panelists. I believe we do have one question from Jessica Schneider from CNN. Jessica, if you’re available, you can come off and ask your question to the panelists.

Jessica Schneider: (07:57)
Oh, good. Okay. I wasn’t sure. All right. Well, thank you guys so much for briefing us and imparting your wisdom here. So I do have two quick questions. The lawsuit, it alleges that Trump delayed his speech to really allow time for the proud boys to get to the Capitol. That’s an interesting claim that I hadn’t seen before. So I’m wondering, will you be able to provide direct evidence of that? I really hadn’t seen any media reports on it. So I’m wondering where that’s coming from. And then secondly, what’s the estimate of the timeline? How quickly could this all happen in terms of discovery, depositions and are you concerned about a motion to dismiss that could get granted?

Joseph Sellers: (08:42)
Why don’t I take those issues? So the answer to your question is, of course we anticipate there’ll be a motion to dismiss. And as to the timeline, we expect there will be some period of time which the defendants will each have lawyers enter their appearance on their behalf. And it’ll be a couple of months, probably, before any kind of motion of that sort may be filed. We have every confidence in the legal foundation of the case and believe that such a motion will eventually be denied. After which the case would proceed to civil discovery in which we can undertake some fact gathering about various things such as the electronic communications between some of these defendants and other ways in which they’ve communicated with each other. And ultimately to support what we think already is a very robust record of this conspiracy to interfere with the ability of members of Congress to discharge their lawful duties.

Joseph Sellers: (09:51)
On the question you posed about the evidence of the, President Trump delaying his remarks, we’ll have to get back to you with the particular reference. It’s a reference that we have from some public reporting. I don’t have it in my fingertips, but I’m sure if somebody can follow up with you afterwards, we can provide you with the source of the information on which we relied.

Trovon: (10:20)
Thank you, Jessica. Are there any other questions while we still have the panelists available? If not, we certainly appreciate you all joining us for this very important conversation. If you have any additional questions or inquiries for any of our esteemed panelists, you’re happy to reach us at NAACP.org, to follow up for any additional media inquiries. And we’ll be sure to update you and keep you apprised as this lawsuit continues to move forward. Thank you all for joining us this afternoon and have a great afternoon. (silence)