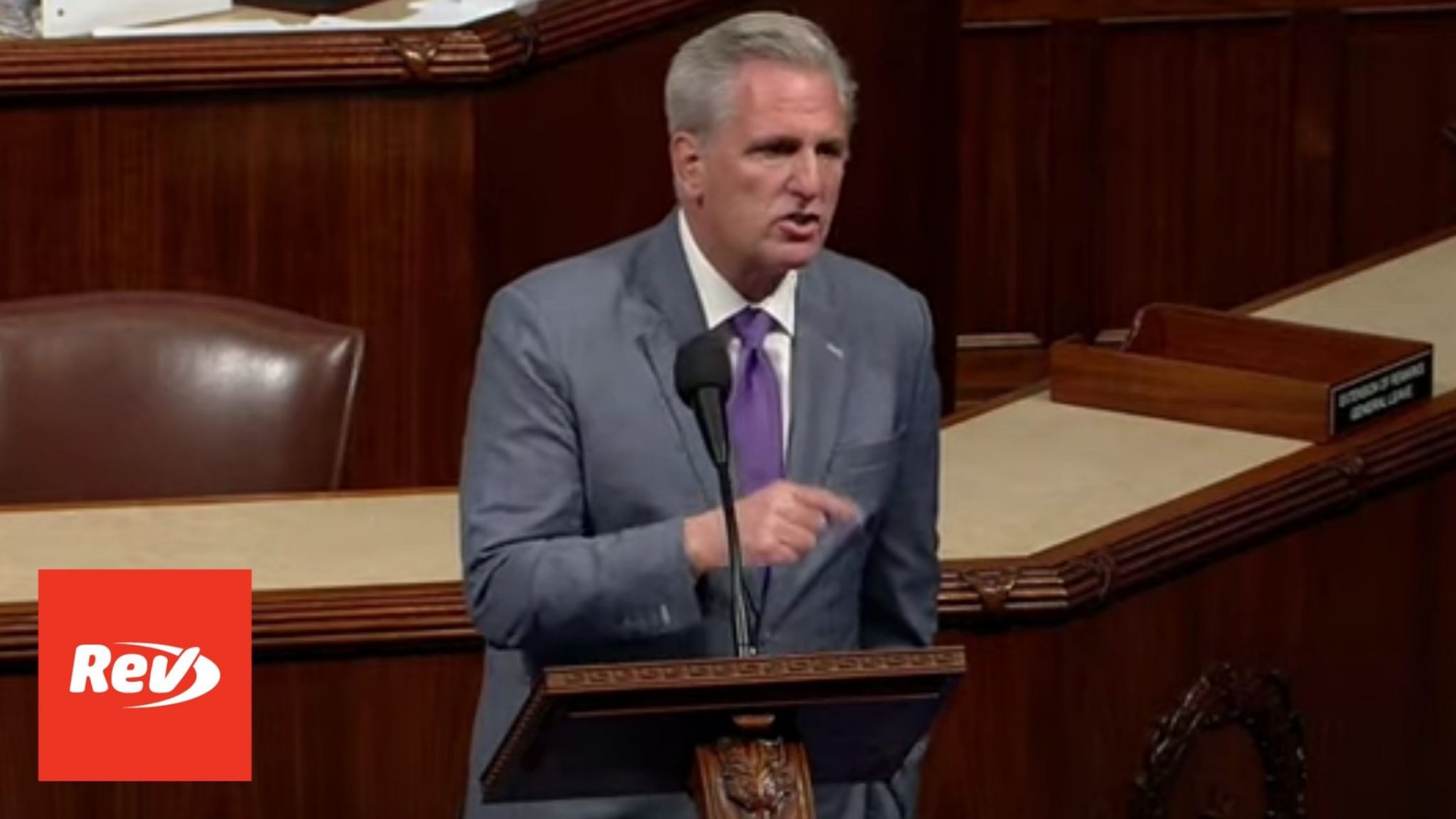 House Minority Leader Kevin McCarthy spoke about the new mask mandate on the House floor on July 28, 2021. Read the transcript of his speech remarks here.

Kevin McCarthy: (00:11)
I thank the Speaker, I rise in opposition to the amendments and to this bill. The Speaker earlier today, the Speaker of the House said that people who are fully vaccinated, but don’t support wearing a mask are morons. She went on to say that the house should follow the science. Madam Speaker, you don’t know the facts nor the science. So let’s talk about it. The Speaker is referring to the CDC current recommendation. I just left speaking with Dr. Monahan from the House. He said he used the CDC recommendation on a report that hasn’t been printed yet. He did not know that the report is based upon India, about a vaccine that’s not approved in America. And now he did not know that it didn’t even pass peer review. That’s why vaccinated people in this House now have to wear a mask. There is no science, but I guess the Speaker must have not known that. Why wouldn’t the Speaker know the facts?

Kevin McCarthy: (01:40)
Do you know what frustrates Americans the most? Hypocrisy. They hate the idea that you just tell people, “Get vaccinated, you don’t have to wear a mask.” First they tell us, “Don’t wear a mask, wear a mask or two masks. Then take the mask off.” We said, if Americans got vaccinated, we’d get our lives back. And we did, thanks to Operation Warp Speed and the past administration. But what they also hate about hypocrisy is when you break your own rules, it’s kind of like telling America, you can’t go get your hair cut, but you get caught on camera because you do it. Or you tell people you can’t go out to dinner but in my same state, the state that the individual got the haircut that governor went out to dinner. A lot of people.

Kevin McCarthy: (02:43)
Today, the Speaker who didn’t know her own science and said names to people broke her own rules. Twice today, I saw the speaker in a crowded room without a mask, less than 24 hours after imposing the mask mandate, which again is not based upon a study. It’s based upon a study in India, based upon a vaccine that isn’t approved in America. It didn’t pass peer review. Could this be a plan to try to keep our schools closed? And worst of all this administration, and now this House has broken the country’s trust. One size fits all. You know, if you read the CDC recommendation said you own it should where the masks for the hot spots. I’m sure the gentlemen on the other side know which states and which cities are hotspots, because those are the facts. You could see the facts. You could read the facts. You can understand the facts.

Kevin McCarthy: (03:53)
So what is Washington? The vaccination rate for the members of Congress is over 85%. And as of today, the transmission rate on the Capitol campus, is less than 1%. Well, the facts would tell us this isn’t hotspot. So the CDC recommendation doesn’t apply to us.

Kevin McCarthy: (04:18)
Meanwhile, the hospitalization rate for the people who are vaccinated are 0.003. As Washington Post columnist, Henry Olson points out, you are more likely to get struck by lightning than be hospitalized with the vaccine. It must be a stormy day in the House. You know, what’s interesting? We serve in this chamber, we represent our districts and we have senators who represent our states, just down the hall. The science based upon the Speaker of this House, changes somewhere around the Rotunda.

Kevin McCarthy: (05:07)
You see, you have to wear your mask here. Otherwise you’re fined because that’s what governments should do. They should punish people. You get vaccinated, but if you walk across the hall, you get somewhere around the Rotunda you don’t have to wear it in. Somehow the science is different. The one thing we do know about COVID it affects older people, different than younger. Facts tell us people who serve in the Senate on average are older than the people in the House. But the science and the health over there is different than in here. It’s interesting too, because I remember a short time ago when we had the mask mandate during one of the impeachments the Democrats brought up, the managers wore their mask here, but as they walk to the Senate they’re able to take them off. I’m not quite sure of how much of COVID lives on this side of the building. That must be science. That must be what the Speaker was talking about.

Kevin McCarthy: (06:15)
The past administration worked hard for Operation Warp Speed. I’m proud of the fact of what we voted for. When we brought bills up on this floor that talked about working towards a vaccine that’s where the money went. Not the trillions of dollars of wasted that now gave us inflation. Americans want to get back to work, back to school and back to health. But we now have a majority that doesn’t want to base anything on science. They want to base something on a report that’s not printed, that can’t pass peer review based upon a country of India based upon a vaccine that’s not even approved in America. Because the facts and the science, the vaccines in America work, they’re effective. They’re free. I got a vaccine in December. I recommend all Americans get a vaccine.

Kevin McCarthy: (07:12)
It’s a concern. We all have. We go every day trying to get more people vaccinated. What do you think the message is today? Well, those who run this side of this building, believe now if your vaccinated, you have to wear a mask. Even though the science doesn’t say you should. I’m not sure how many more people are going to rush to get vaccinated. But it’s just like their philosophy they want to mandate. They want to impose. They want to tell you when you can go to school, when you can eat. You know what they’re going to do if you walk into this building without a mask, they’re going to charge you $500. Why? Because they got the power to do it.

Kevin McCarthy: (08:01)
You walk across the hall, not quite sure where they morph it into a different science. You don’t have to. Mark my words. This is just the beginning. In a few weeks schools are supposed to open again. We know what the science says about COVID with children. I think you’re going to start seeing new reports. They won’t be printed, but they’ll try to keep the schools closed. Maybe if I whisper, the President will listen. He tries it. Then they’ll try to shut our businesses down one more time. Operation Warp Speed provided vaccines that were tested, that worked, that are effective.

Kevin McCarthy: (08:58)
The study, the science prove it so. The hospitalization rates proves it so. I don’t know of one person in this chamber that’s going to get struck by lightning today. But I do know, even though the odds are better, you get struck by lightning than being hospitalized if you’re vaccinated. We’re all going to have to wear a mask or we have to pay $500. I don’t know, the gentleman over there is going to run for the Senate. Maybe he wants to do that so he doesn’t have to wear a mask. The science over there is better. I yield back.

Speaker 1: (09:33)
Gentleman yields back. The gentle lady from Washington reserves. 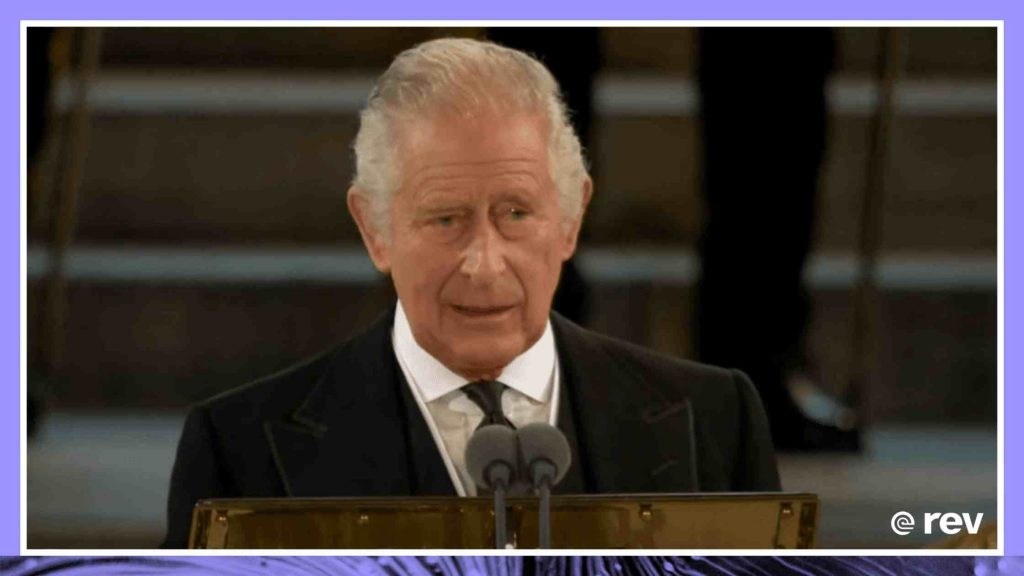