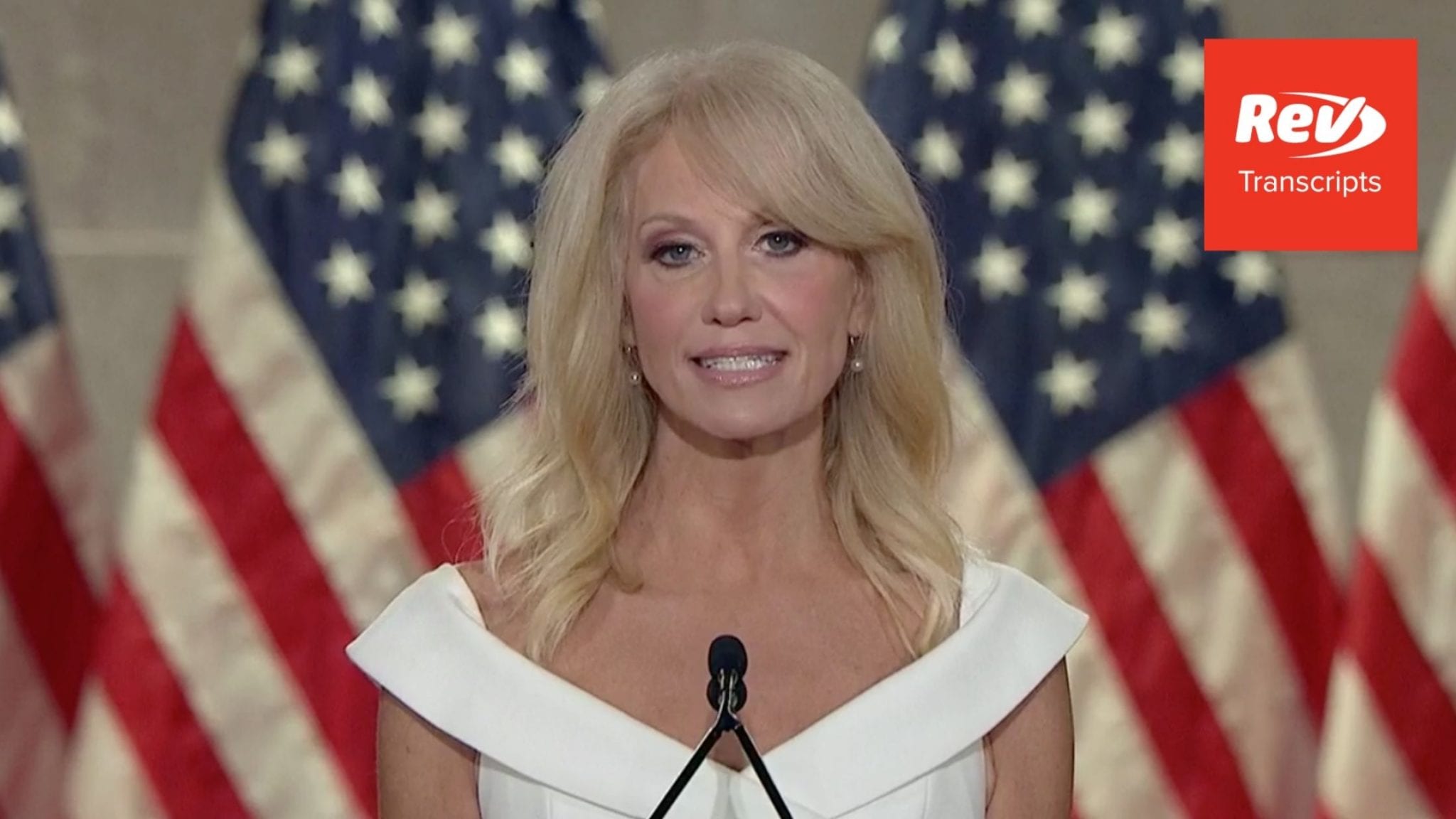 Kellyanne Conway: (00:00)
Hundred years ago, courageous warriors helped women secure the right to vote. This has been a century worth celebrating, but also a reminder that our democracy is young and fragile. A woman in a leadership role can still seem novel. Not so for President Trump. For decades, he has elevated women to senior positions in business and in government. He confides in and consults us, respects our opinions, and insists that we are on equal footing with the men.

Kellyanne Conway: (00:33)
President Trump helped me shatter a barrier in the world of politics by empowering me to manage his campaign to its successful conclusion. With the help of millions of Americans, our team defied the critics, the naysayers, the conventional wisdom, and we won. For many of us, women’s empowerment is not a slogan. It comes not from strangers on social media or sanitized language in a corporate handbook. It comes from the everyday heroes who nurture us, who shape us, and who believe in us.

Kellyanne Conway: (01:10)
I was raised in a household of all women. They were self-reliant and resilient. Their lives were not easy, but they never complained. Money was tight, but we had an abundance of what mattered most: family, faith and freedom. I learned that in America, limited means does not make for limited dreams. The promise of America belongs to us all. This is a land of inventors and innovators, of entrepreneurs and educators, of pioneers and parents, each contributing to the success and the future of a great nation and her people. These everyday heroes have a champion in President Trump. The teacher who took extra time to help students adjust to months of virtual learning, the nurse who finished a 12 hour COVID shift and then took a brief break only to change her mask gown and gloves to do it all over again, the small business owner striving to reopen after the lockdown was lifted, and then again, after her store was vandalized and looted, the single mom with two kids, two jobs, two commutes, who 10 years after that empty promise, finally has health insurance.

Kellyanne Conway: (02:43)
President Trump and Vice President Pence have lifted Americans, provided them with dignity, opportunity and results. I have seen firsthand many times the President comforting and encouraging a child who has lost a parent, a parent who has lost a child, a worker who lost his job, an adolescent who lost her way to drugs. “Don’t lose hope,” he has told them, assuring them that they are not alone and that they matter.

Kellyanne Conway: (03:22)
There always will be people who have far more than us. Our responsibility is to focus on those who have far less than us. President Trump has done precisely that in taking unprecedented action to combat this nation’s drug crisis. He told me, “This is so important, Kellyanne.” So many lives have been ruined by addiction and we’ll never even know it because people are ashamed to reach out for help, and they’re not even sure who to turn to in their toughest hour.

Kellyanne Conway: (03:56)
Rather than look the other way, president Trump stared directly at this drug crisis next door, and through landmark bipartisan legislation, has helped secure historic investments in surveillance, interdiction, education, prevention, treatment, and recovery. We have a long way to go, but the political inertia that costs lives, and the silence and the stigma that prevents people in need from coming forward is melting away. This is the man I know, and the President we need for four more years. He picks the toughest fights and tackles the most complex problems. He has stood by me and he will stand up for you. In honor of the women who empowered me and for the future of the children we all cherish, thank you, and God bless you always.