John Lewis Speech Transcript at the March on Washington 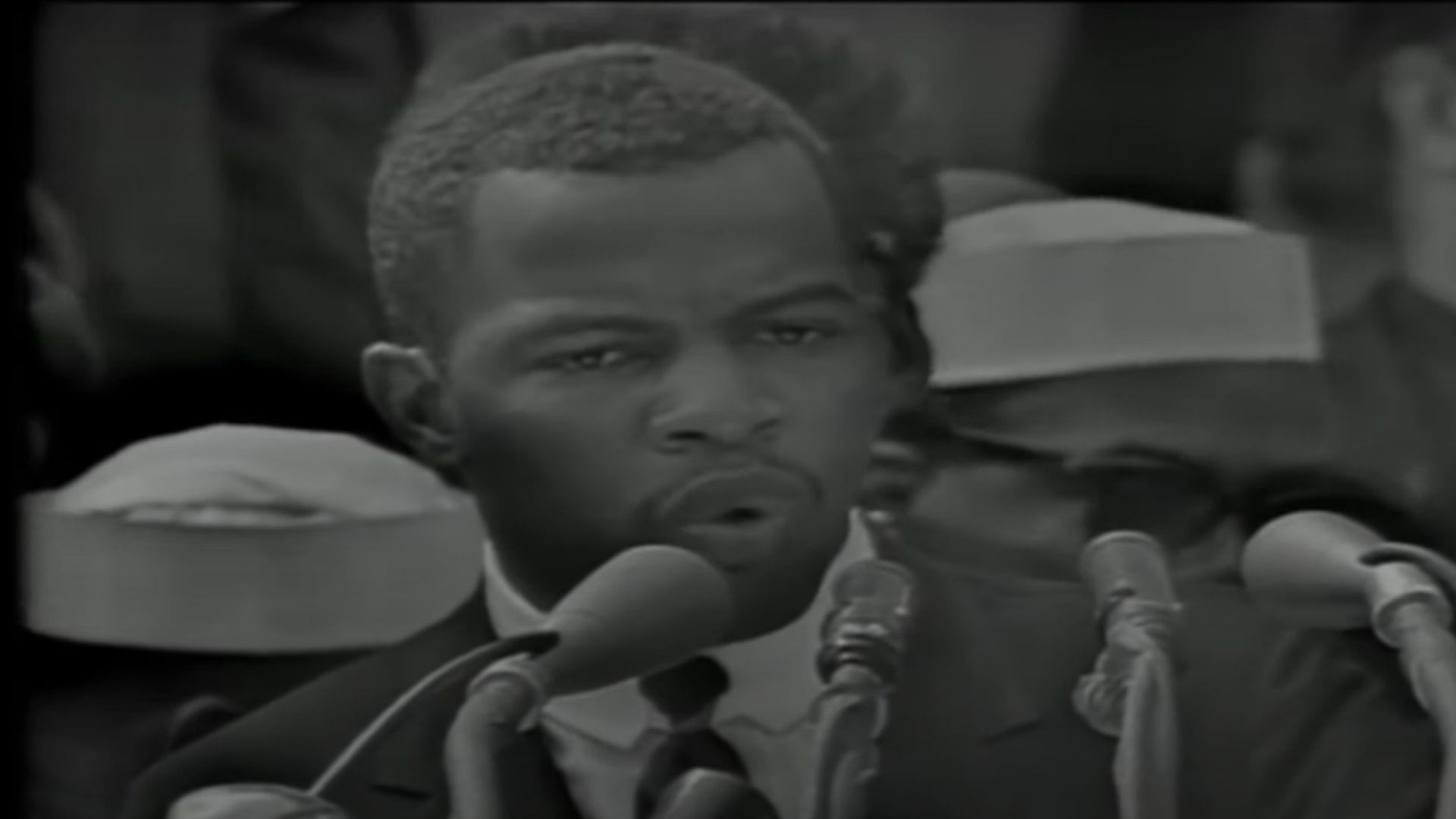 On August 28, 1963, John Lewis gave a speech at age 23 at the March on Washington. He was the youngest person to speak at the historic event and went on to serve as a member of the U.S. House of Representatives.

John Lewis: (00:16)
We march today for jobs and freedom, but we have nothing to be proud of, for hundreds and thousands of our brothers are not here. For they are receiving starvation wages or no wages at all. While we stand here, there are sharecroppers in the Delta of Mississippi who are out in the fields working for less than three dollars a day, 12 hours a day. While we stand here, there are students in jail on trumped-up charges. Our brother James Farmer, along with many others, is also in jail. We come here today with a great sense of misgiving. It is true that we support the administration’s Civil Rights Bill. We support it with reservation, however.

John Lewis: (01:19)
Unless Title Three is put in this bill, there’s nothing to protect the young children and old women who must face police dogs and fire hoses in the South while they engage in peaceful demonstration. In its present form this bill will not protect the citizens of Danville, Virginia, who must live in constant fear of a police state. It will not protect the hundreds and thousands of people that have been arrested upon trumped charges. What about the three young men, SNCC field secretaries in Americus, Georgia, who face the death penalty for engaging in peaceful protest?

John Lewis: (02:02)
As it stands now, the voting section of this bill will not help the thousands of blind people who want to vote. It will not help the citizens of Mississippi, of Alabama, and Georgia, who are qualified to vote for lack of sixth grade education. “One man, one vote,” is the African cry. It is ours too. It must be ours. We must have legislation that will protect the Mississippi sharecroppers, who was put off of his farm because he dared to register to vote. We need a bill that will provide for the homeless and starving people of this nation. We need a bill that will ensure the equality of a maid who earns five dollars a week in the home of a family whose total income is $100,000 a year. We must have a good FEPC bill.

John Lewis: (04:04)
Did you know that in Albany, Georgia nine of our leaders have been indicted, not by the Dixiecrats, but by the federal government for peaceful protest? But what did the federal government do when Albany deputy sheriff beat Attorney C.B. King and left him half dead? What did the federal government do when local police officials kicked and assaulted the pregnant wife of Slater King and she lost her baby? To those that have said, “Be patient and wait,” we must say that we cannot be patient. We do not want our freedom gradually, but we want to be free now. We are tired, we are tired of being beaten by policemen. We are tired of seeing our people locked up in jail over and over again, and then you holler, “Be patient.” How long can we be patient? We want our freedom, and we want it now.

John Lewis: (05:13)
We do not want to go to jail, but we will go to jail if this is the price we must pay for love, brotherhood, and true peace. I appeal to all of you to get into this great revolution that is sweeping this nation. Get in and stay in the streets of every city, every village and hamlet of this nation until true freedom comes, until the Revolution of 1776 is complete. We must get in this Revolution, and complete the Revolution. For in the Delta of Mississippi, in Southwest Georgia, in the Black Belt of Alabama, in Harlem, in Chicago, Detroit, Philadelphia, and all over this nation the black masses are on the march for jobs and freedom.