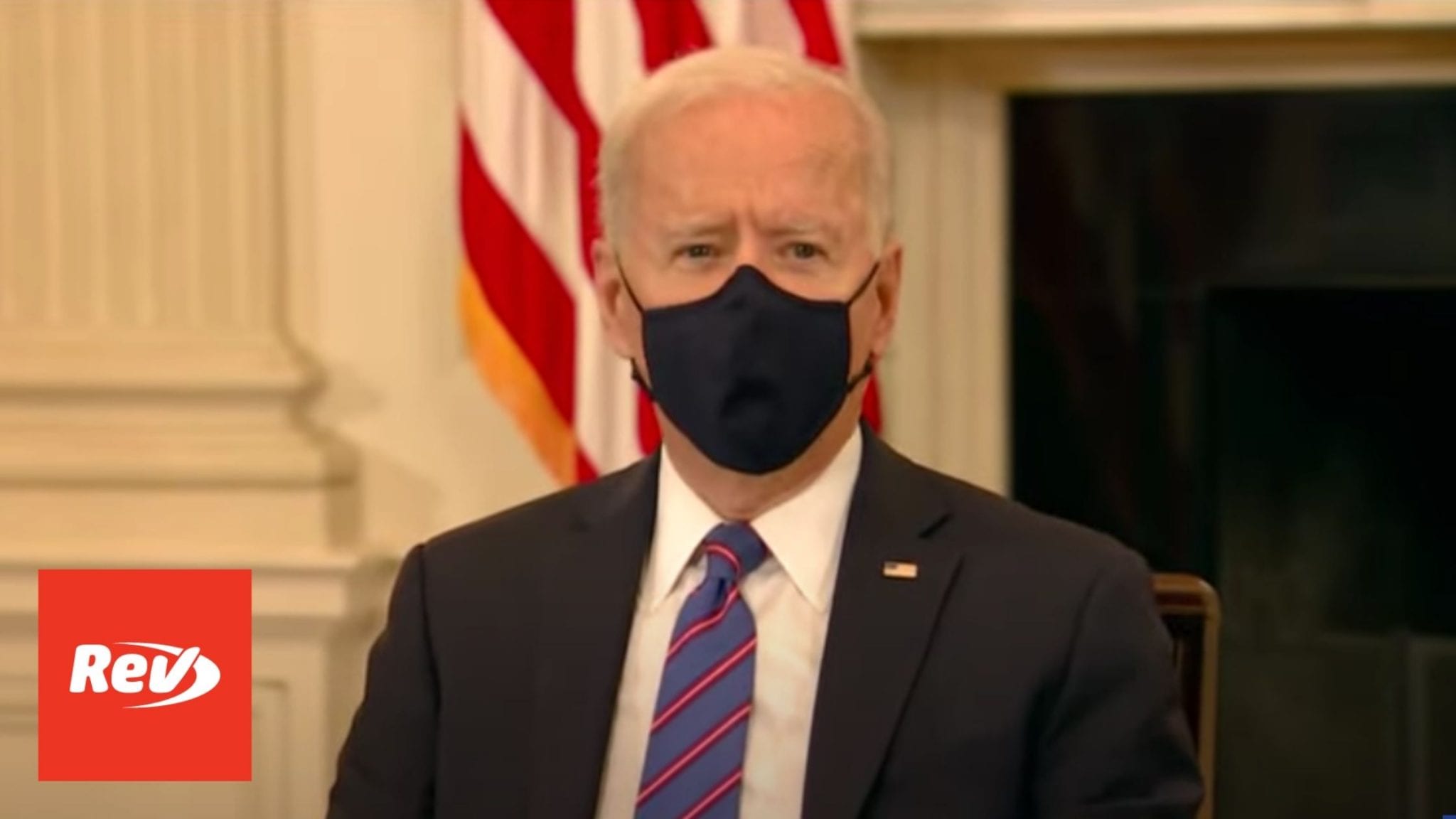 President Joe Biden and Vice President Kamala Harris made an announcement about immigration at the southern border on March 24, 2021. Read the full transcript of the speech briefing here.

President Biden: (00:00)
Today I have a two announcements to make. One is we got ourselves a secretary. Xavier, welcome.

President Biden: (00:10)
Thanks for being willing to do this. I really appreciate it. Also today, I said when we became a team and got elected that the Vice President is going to be the last person in the room. She didn’t realize that means she gets every assignment. But the Vice President and I, and all of us here, have been working very hard to pass the legislation that is going to beat this virus as well as get people back to work and change their prospects. So she’s traveling all over the country working that.

President Biden: (01:00)
In addition to that there’s about five other major things she’s handling, but I’ve asked her, the VP today, because she’s the most qualified first to do it, to lead our efforts with Mexico and the Northern Triangle and the countries that are going to need help in stemming the movement of so many folks, stemming the migration to our southern border.

President Biden: (01:30)
Back when I was Vice President, I got a similar assignment, but one of the things we did was we made sure that we got a bipartisan agreement with Democrats and Republicans to provide over $700 million to the countries in the Northern Triangle to determine the best way to keep people from coming, and just keep them from wanting to leave. The reason why so many people were leaving, we learned, was that not only gang violence and trafficking cartels, but natural disasters, hurricanes, floods, earthquakes. So it’s not like someone sits around a Hanuman table somewhere in Guatemala and says, “I got a great idea. Let’s sell everything we have, give the money to a coyote, have them take our kids or us to the border of America, take us across, leave us in a desert. We don’t speak the language. Won’t that be fun?”

President Biden: (02:36)
One of the ways we learned is that if you deal with the problems in country, it benefits everyone. It benefits us, it benefits the people and grows the economies there. Unfortunately, the last administration eliminated that funding, did not engage in it, did not use it, even though there was over $700 million to help get this done. We’re reinstituting that program. As I said, there are many factors as to why people leave in the first place. This is the source of one of the reasons why we’ve had such a… Before we took office, in the midst of the last administrations somewhat draconian policies of separating children from their parents, et cetera, what happened was that we found that there were serious spike in the number of people heading to the southern border, even in the midst of that. As Alejandro can tell you, that was because there were serious natural disasters that occurred in those countries. They were coming north and we did nothing to do much about it.

President Biden: (03:53)
So this new surge we’re dealing with now starting with the last administration, but it’s our responsibility to deal with it humanely and to stop what’s happening. So this increase has been consequential, but the Vice President’s agreed, among the multiple other things that have [inaudible 00:04:14] and I appreciate it, agreed to lead our diplomatic effort and work with those nations to accept the returnees and enhance migration enforcement at their borders, at their borders. We’re already talking with Mexico about that, she’s already done that. We’re going to be dealing with a full team now that we have to be able to deal with the problem here at home, but also to deal with it now in terms of in country.

President Biden: (04:46)
And I can think of nobody who’s better qualified to do this than the former… This is a woman who ran the second largest Attorney General’s office in America after the United States Attorney General in the State of California, and has done a great deal of [inaudible 00:05:05] human rights, but also fighting organized crime in the process. It’s not her full responsibility to job, but she’s leading the effort because I think the best thing to do is to put someone who, when he or she speaks, they don’t have to wonder about is that where the President is. When she speaks, she speaks for me, doesn’t have to check with me. She knows what she’s doing, and I hope we can move this along. So madam Vice President, thank you. I gave you a tough job and you’re smiling, but there’s no one better capable of trying to organize it.

Vice President Harris: (05:40)
Well, thank you, Mr President, and for having the confidence in me. There is no question that this is a challenging situation. As the President has said, there are many factors that lead precedence to leave these countries. While we are clear that people should not come the border now, we also understand that we will enforce the law and that we also, because we can chew gum and walk at the same time, must address the root causes that that caused people to make the trek, as the President has described, to come here. And I look forward to engaging in diplomacy with government, with private sector, with civil society and the leaders of each in El Salvador, Guatemala, and Honduras to strengthen democracy and the rule of law and ensure shared prosperity in the region. We will collaborate with Mexico and other countries throughout the western hemisphere. As part of this effort, we expect that we will have collaborative relationships to accomplish the goals the President has and that we share.

Vice President Harris: (06:49)
I also look forward to working with members of the Congress, who I think share our perspective on the need to address root causes for the migration that we’ve been seeing. Needless to say, the work will not be easy, but it is important work. It is work that we demand and the people of our countries, I believe, need to help stem the tide that we’ve seen. So thank you, Mr President for your confidence.

President Biden: (07:19)
Well, thank you for being willing to do it. Now we’re going to get down to business here. Ron, who am I turning this over to?

Ron: (07:26)
Thank you very much, Mr President. I think it’s time for our friends in the press to leave though.