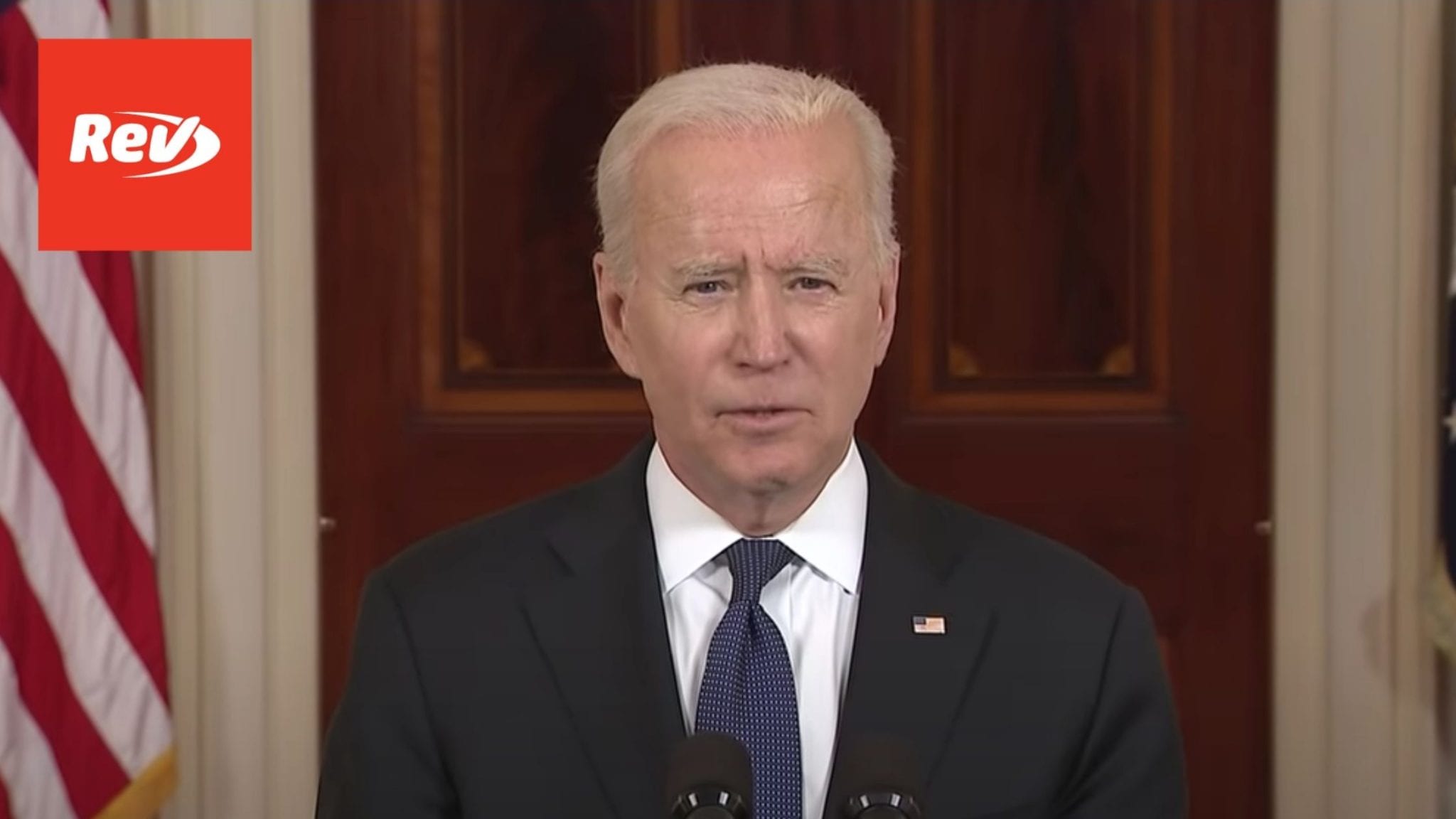 President Joe Biden gave remarks on the Israel-Hamas ceasefire agreement on May 20, 2021. Read the transcript of his speech here.

Joe Biden : (00:01)
Folks, I’ve just spoken with Prime Minister Netanyahu. Earlier today, I spoke with President Al-Sisi of Egypt. And Prime Minister Netanyahu informed me that Israel has agreed to a mutual unconditional ceasefire to begin in less than two hours. The Egyptians have now informed us that Hamas and the other groups in Gaza have also agreed. In my conversation with the President Netanyahu, I commended him for the decision to bring the current hostilities to a close and within less than 11 days. I also emphasized what I’ve said throughout this conflict. The United States fully supports Israel’s right to defend itself against indiscriminate rocket attacks from Hamas and other Gaza-based terrorist groups that have taken the lives of innocent civilians in Israel.

Joe Biden : (00:52)
The prime minister also shared with me his appreciation for the Iron Dome system, which our nations developed together and which has saved lives of countless Israeli citizens, both Arab and Jew. I assured him of my full support to replenish Israel’s Iron Dome system to ensure defenses and security in the future. Over the last 11 days, I spoke with the prime minister six times. I’ve also spoken with President Abbas of the Palestinian Authority more than once in part of our intense diplomatic engagement. And I want to also thank the secretary of state, the secretary of defense, our national security advisor, and everyone on our team for their incredible efforts to bring this about, this outcome that we’re about to see.

Joe Biden : (01:37)
You know, we’ve held intensive high-level discussions, hour by hour, literally. Egypt, the Palestinian Authority, and other Middle Eastern countries with an aim of avoiding this sort of prolonged conflict we’ve seen in previous years when the hostilities have broken out. I extend my sincere gratitude to President Al-Sisi and the senior Egyptian officials who played such a critical role in this diplomacy.

Joe Biden : (02:03)
I also appreciate the contributions of other parties in the region who have been engaged in working toward the end of hostilities. These hostilities have resulted in tragic deaths of so many civilians, including children. And I send my sincere condolences to all the families, Israeli and Palestinian, who have lost loved ones and my hope for a full recovery for the wounded. United States committed to working with the United Nations and we remain committed to working with the United Nations and other international stakeholders to provide rapid humanitarian assistance and to marshall international support for the people of Gaza and the Gaza reconstruction efforts.

Joe Biden : (02:45)
We will do this in full partnership with the Palestinian Authority, not Hamas, the Authority, in a manner that does not permit Hamas to simply restock its military arsenal. I believe the Palestinians and Israelis equally deserve to live safely and securely and to enjoy equal measures of freedom, prosperity, and democracy. My administration will continue our quiet and relentless diplomacy toward that end. I believe we have a genuine opportunity to make progress and I’ve committed to working for it. I want to thank you all. May God bless you all and pray that this continues. Thank you so much.