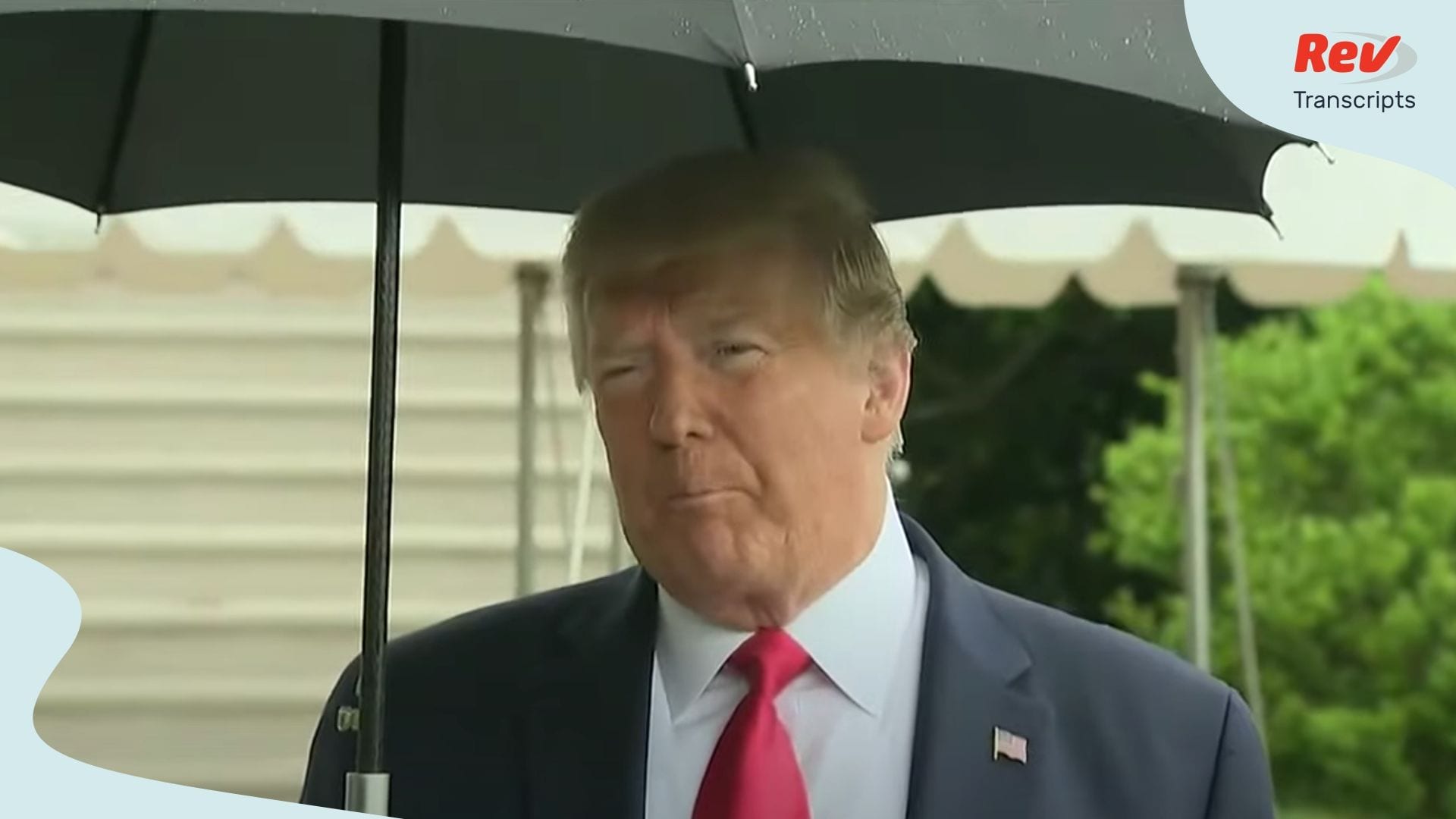 Donald Trump spoke to the media on the way to his Tulsa event. He praised the judge’s decision on John Bolton’s book & said he is “not involved” in the firing of SDNY attorney Geoffrey Berman. Read the transcript here.

Donald Trump: (00:00)
We had a very good decision in the John Bolton book case. The judge was very powerful in his statements on classified information and very powerful also the fact that the country will get the money, any money he makes. I hope a lot of books … Well, I probably don’t hope that, but whatever he makes, he’s going to be giving back. In my opinion, based by the ruling, he’s got to be giving back. I think the judge was very smart and very indignant at what Bolton did. I think it was a great ruling. Obviously, the book was already out.

Donald Trump: (00:42)
It leaked and everything else, but he leaked classified information. So he’s got a big problem. The event in Oklahoma is unbelievable. The crowds are unbelievable. They haven’t seen anything like it, and we will go there now. Hopefully good speech. We’re going to see a lot of great people, a lot of great friends and pretty much that’s it. Okay.

Reporter: (01:05)
Why did you fired Geoffrey Berman, Mr. President? Why’d you fire him?

Donald Trump: (01:32)
The US economy is doing amazingly well. That’s right. Thank you.

Reporter: (02:07)
Mr. President, six of your advanced staff members tested positive for COVID. What do you say about that, sir?