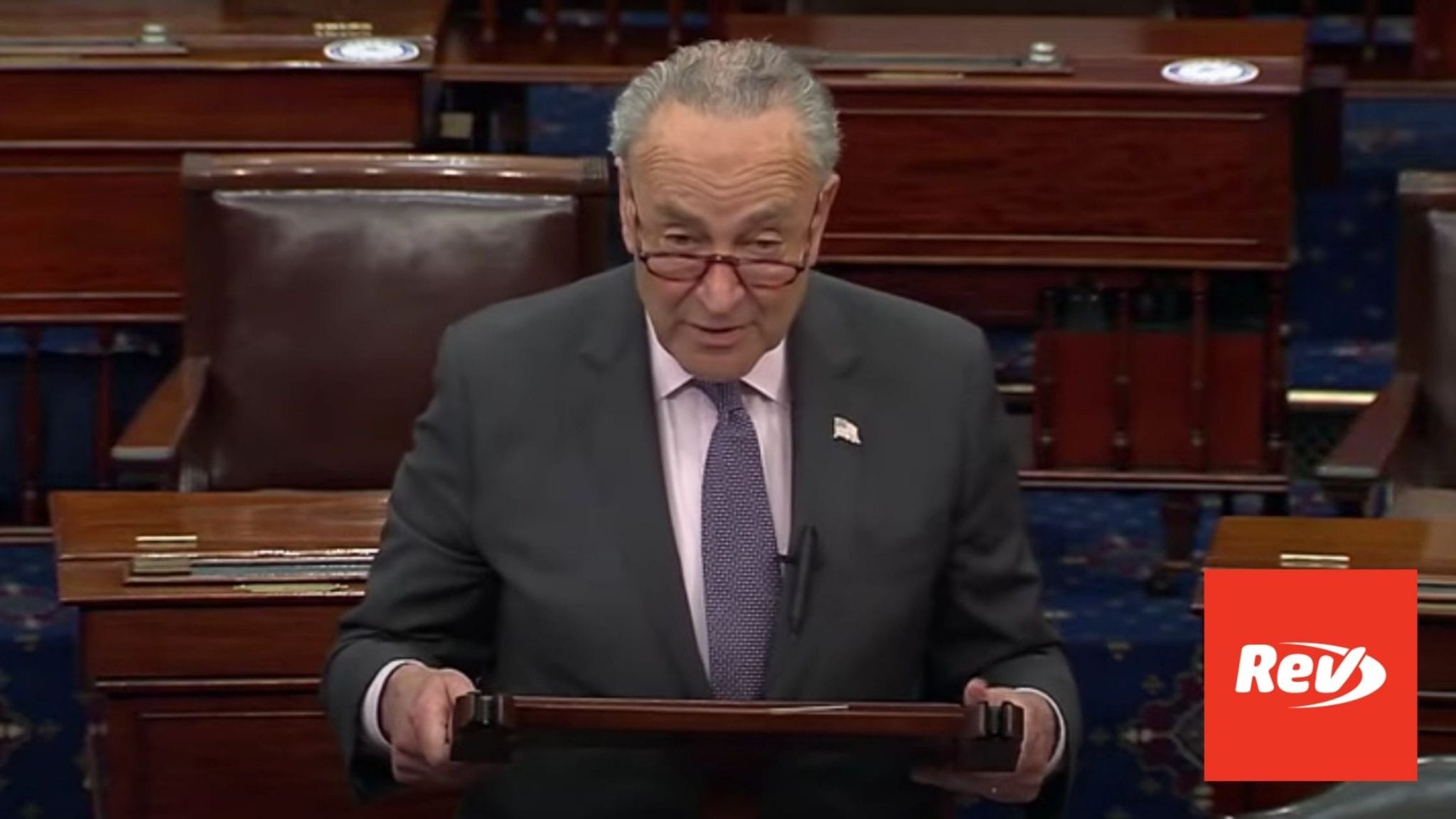 Senate Majority Leader Chuck Schumer gave a speech on the Senate floor on May 25, 2021, the anniversary of the death of George Floyd. Read the transcript of his speech remarks here.

Chuck Schumer : (00:00)
Now, a year ago today, on another front, equally important, George Floyd was murdered in broad daylight by a police officer sworn to protect and serve. Our country was forever changed by the stomach-churning video of Derek Chauvin killing Mr. Floyd. It sparked a summer of protest, unlike any we’ve seen in American history. Around the world, the name of George Floyd was chanted in Rome, Paris, London, Amsterdam, Berlin, and Mexico City. As recently as this weekend, professional soccer players in the British premier league knelt before the game, in support of the global movement against racism touched off by George Floyd. This was not only a fight for justice for one man and his family, who I’ve had the privilege to meet with, but a fight against the discrimination that black men and women suffer at the hands of state power, not just here in America, but around the globe. It’s a fight that continues today.

Chuck Schumer : (01:03)
And here in the Senate, we will continue that fight when we vote to confirm the first woman, the first black woman, to ever lead the justice department civil rights division, which was we created in 1957 as the civil rights movement began to uphold the constitutional rights of all Americans, but particularly the most vulnerable. When it comes to justice and policing, the criminal justice system, and at the ballot box, the civil rights division is often the tip of the spear, conducting investigations of police departments with patterns or practices of constitutional violations, and defending the fundamental voting rights of every American citizen. So, in a way, as we continue to pursue strong policing reform legislation, it is appropriate that we confirm Kristin Clark, a proven civil rights leader, to the position of attorney general, assistant attorney general, where she can continue the fight against bigotry in many ways.

Chuck Schumer : (02:08)
It is appropriate we do it today. Though my Republican colleagues have tried to twist her words to make her sound like some radical, Miss Clark is, in reality, a usually accomplished civil rights attorney who has earned the respect of all sides. Much like her future colleague at the justice department, Vanita Gupta, Kristin Clark has been endorsed by a wide range of law enforcement groups. The truth is Miss Clark will make an exceptional leader of the civil rights division. So again, in a very significant way, as we continue to pursue strong policing reform legislation, the fight for racial justice, by confirming Kristin Clark on the anniversary of George Floyd’s murder, is particularly poignant and appropriate.

Chuck Schumer : (02:58)
Of course, Congress must also pursue strong legislation to end racial bias in law enforcement. Senators Booker and Scott, as well as Representative Bass and others, have been working diligently behind the scenes to fashion such a bill on a bipartisan basis. That important work must continue, as we strive to ensure George Floyd’s tragic death will not be in vain.