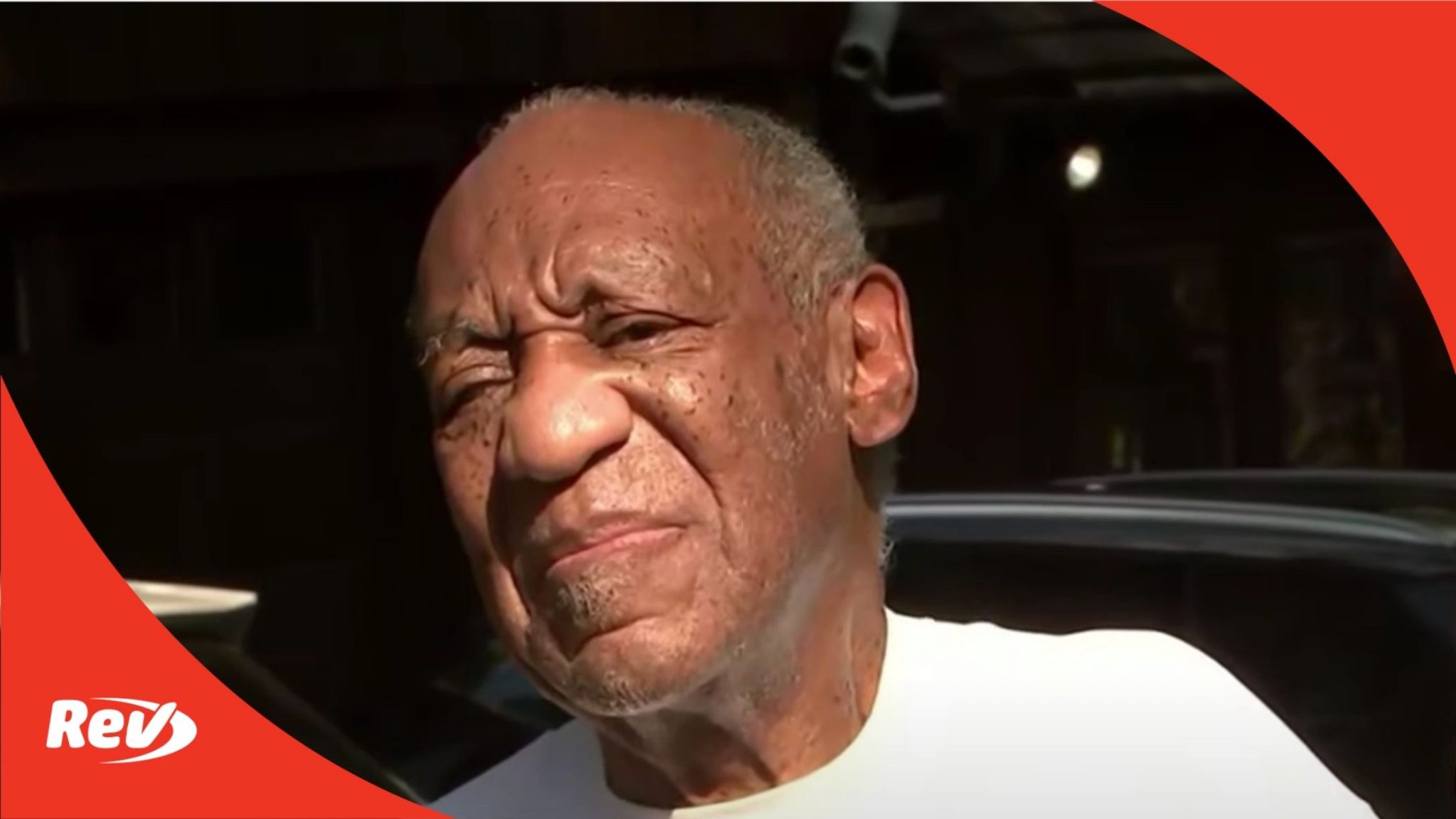 Bill Cosby’s attorneys held a press conference after his overturned conviction and release from prison on June 30, 2021. Read the transcript of the briefing here.

Spokesman: (00:17)
[inaudible 00:00:17]… reviewing Mr. Cosby’s appeal, but also for seeing the light, for seeing the lies, seeing that Mr. Cosby had immunity. This U.S. citizen who served our country in the Navy, not just in the Navy, but he served our country in so many different ways through his celebrity, him and Mrs. Cosby. Mr. Cosby has always used his celebrity, his name, his likeness to uplift women. This is a man who refused to perform at the White House with Nixon.

Spokesman: (00:53)
Nixon put him on a communist list in the 60s, along with so many other great names like Dick Gregory, Jane Fonda. How could a man who was being watched by the FBI every day be raping and drugging women in the 60s and 70s, especially a Black man? Today, innocence came to Mr. Cosby with the help of these wonderful attorneys.

Spokesman: (01:20)
To his right, you will see Ms. Jennifer Bonjean. She argued the appeal. To my left, you see Brian Perry. To Brian’s left, Ashley…

Spokesman: (01:53)
… the queen, the matriarch of the Cosby family who fought for his vindication, who said he would be vindicated. And today on this hot day, this is a hot verdict for us-

Spokesman: (02:04)
… that we will forever cherish, because we got one of the greatest, or the greatest entertainer alive today, Mr. Bill Cosby-

Spokesman: (02:12)
… this great American citizen, this American treasure, this icon-

Bonjean: (02:34)
He did it with dignity and principle, and he was a mentor to other inmates. He was really, as I say, doing the time. The time was not doing him.

Bonjean: (02:43)
… They were impervious to the court of public opinion which frankly, the lower courts were not. Mr. Cosby, we welcome him home. He never should have been prosecuted for this. He had every right to rely on the prosecutor’s word. And they pulled the rug out from underneath him. [inaudible 00:03:08] public opinion, and that is not how our system should operate.

Brian Perry: (03:44)
I’m very proud of the team that we put together. Very proud to be a part of this case. We always thought that eventually, this is where it would end up. Mr. Cosby and I have had many talks over the last couple of years. I predicted it, and we’re here. It’s a good day for the Cosby family.

Bonjean: (03:59)
Well, he is extremely happy to be home. He looks forward to reuniting with his wife and his children. And obviously, this has been a hard few years for his entire family. And it’s really a blessing for him, and he says his heart is just beating really fast and he’s happy to be here.

Spokesman: (04:25)
And we have Ashley here who worked on the case too. Ashley, say a few words, Ashley Cohen.

Ashley Cohen: (04:25)
I’m just honored to be part of such an amazing team of these lawyers, and an incredible, incredible job. And I’m so thankful to be a part of it and to help Mr. Cosby. And I’m just proud to be here and watch him get released.

Spokesman: (04:37)
And this wonderful attorney Haley, she’s right here. I’m sorry. Her father was in prison with Mr. Cosby, and he sent a message to Mr. Cosby before he left today for her. Say a few words.

Haley Colvough: (04:55)
Richard. Richard. And I in return love him very, very much and I told him that I was glad that Mr. Cosby and him got to know each other while incarcerated together. And I’m blessed and so grateful to be here to see Mr. Cosby get released.

Spokesman: (05:07)
And in closing, this was an unwanted media vacation that Mr. Cosby never actually wanted. But in hindsight, we’re happy that he got it, because he was able to pull the covers off of the corruption in Montgomery County, with the crooked DA, with the crooked dud, [inaudible 00:05:25] O’Neill, these same people fine this man, an American citizen. I don’t know how a DA has that much time on his hands to fine him $2,010 for not cutting his yard. I was on the way to pay that fine when I got a call from Nick [Dehad 00:05:42], and Nick told me that they had vacated the conviction. What we saw today was justice, justice for all Americans.

Spokesman: (05:51)
With the Cosby conviction being overturned, it’s for the world. And all Americans who are being treated unfairly by the judicial system and some bad officers, because all officers are not bad. So we want to thank this entire team. We want to thank Mrs. Cosby, her family, I want to thank my family, and just thank you all, those who decided to tell the truth and allowed us to tell the truth when we had the opportunity. Thank you.