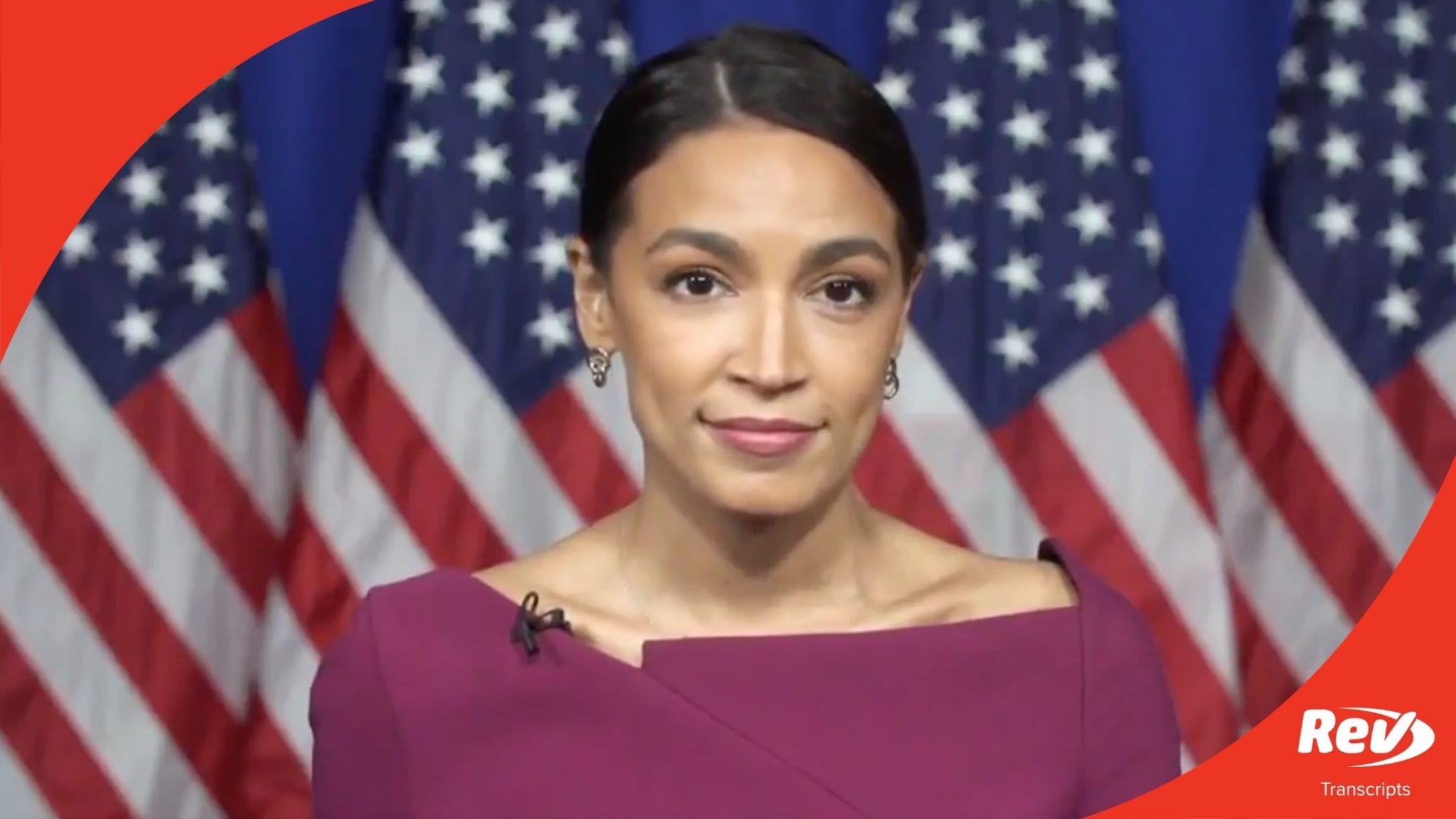 Alexandria Ocasio-Cortez: (00:00)
Good evening [foreign language 00:00:01] and thank you to everyone here today endeavoring towards a better, more just future for our country and our world in fidelity and gratitude to a mass people’s movement, working to establish 21st century social, economic and human rights, including guaranteed healthcare, higher education, living wages and labor rights for all people in the United States. A movement striving to recognize and repair the wounds of racial injustice, colonization, misogyny and homophobia. And to propose and build re-imagined systems of immigration and foreign policy that turn away from the violence and xenophobia of our past. A movement that realizes the unsustainable brutality of an economy that rewards explosive inequalities of wealth for the few at the expense of longterm stability for the many, and who organized a historic grassroots campaign to reclaim our democracy. In a time when millions of people in the United States are looking for deep systemic solutions to our crises of mass evictions, unemployment and lack of healthcare, and [foreign language 00:01:24], and out of a love for all people, I hear by second the nomination of Senator Bernard Sanders of Vermont for President of the United States of America.