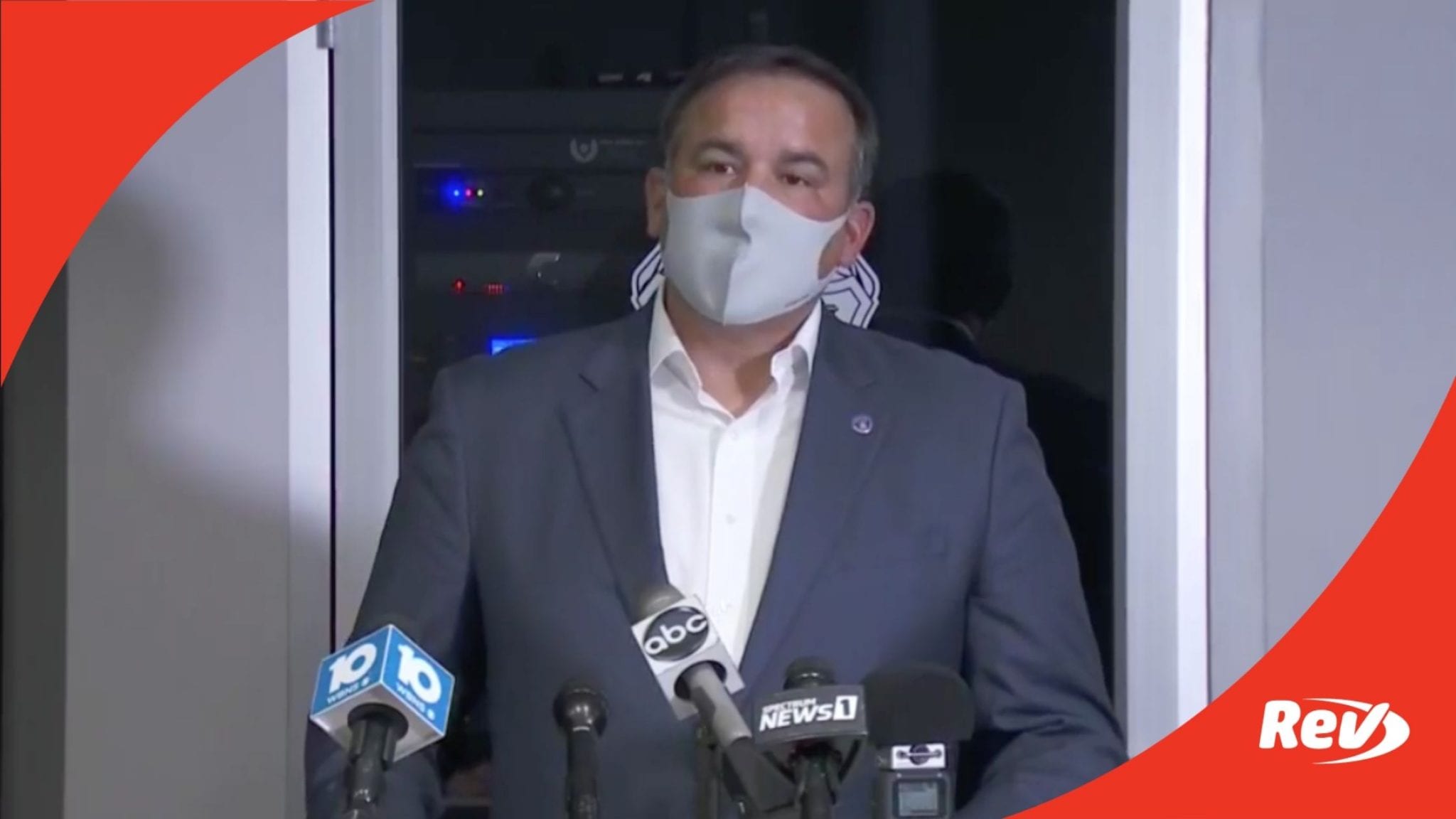 Columbus, Ohio officials held a press conference on April 20, 2021 to address the fatal police shooting of 16-year-old Ma’Khia Bryant. Read the transcript of the briefing here.

Mayor Ginther: (00:01)
It’s a tragic day in the city of Columbus. Horrible, heartbreaking situation. Not just the mayor, [inaudible 00:00:43]. The city of Columbus lost a 15 year old girl. We know, based on this footage, the officer took action to protect another young girl in our community. There’s a family screaming tonight. And this young 15 year old girl will never be coming home.

Mayor Ginther: (01:30)
We think it’s critically important to share as much information as possible as quickly as possible. So we’ll continue to share footage, other information in the hours and days ahead, making sure we’re not in any way, shape or form compromising the independent investigation being done by BCI. We felt transparency and sharing this footage, as incomplete as it may be at this time, is critically important to make sure that we were sharing good, accurate information about what transpired today with the public and for this grieving family.

Mayor Ginther: (02:30)
I ask for everyone to pray for peace, and if there’s anyone out there that has information about what took place today, to share that information to the appropriate authorities. But tonight, we pray for this family, we pray for our city and we pray for our neighbors throughout this community. [inaudible 00:03:06].

Director Ned Pettus: (03:14)
Thank you, Mayor Ginther. The death of a 15 year old child is devastating. She could be my grandchild. My heart breaks for the family tonight. No matter what the circumstances, that family is in agony and they are in my prayers. They deserve answers. Our city deserves answers. I want answers. But fast, quick answers cannot come at the cost of accurate answers.

Director Ned Pettus: (04:00)
BCI will conduct a fully independent investigation, which will be made public. If an officer has violated policy or the law, if they have, it will be held accountable. It is my job as the safety director to, as much as possible, ensure that. But in any way that you look at this, this has been a tragedy, the death of a 15 year old child. So our thoughts and prayers are with the family. And we ask that everyone allow the process to work peacefully. Thank you.

Speaker 1: (05:02)
Again, I can take a few courses, but again, it will be difficult to answer a lot of things in detail, again, because our job at this point is to facilitate information to BCI and not conduct any part of the investigation.

Male: (05:16)
Chief, can you talk about what the specific call was for again?

Speaker 1: (05:19)
It was a disturbance call and the information was that a person called in and indicated that someone was trying to stab them and put their hands on them. The 911 call will reveal that there was a large commotion going on in the background and the dispatchers are trying to obtain as much information as they could, but weren’t successful in gathering a lot of information.

Speaker 1: (05:49)
That’ll have to be a BCI question and through their investigation.

Female: (05:53)
Can you tell us, was this officer’s actions within division policy? And is this officer on administrative leave right now?

Speaker 1: (05:59)
This officer will be taken off the street. Decisions about policy will come with conclusion of the criminal investigation. That is the standard policy of the division that we allow that criminal investigation to take place. Once that’s concluded, this case will go to the Franklin County Grand Jury to the prosecutor’s office. After that, we will review it for policy compliance or violations.

Male: (06:22)
Where either the two females that appeared to be threatened with an apparent knife, were they injured?

Speaker 1: (06:29)
I do not have any information about injuries to any other victims at the scene.

Female: (06:36)
Can you release any information about the officer?

Female: (06:44)
Based on the video you saw, what deescalation tactics did the officer use before the outcome?

Speaker 1: (06:50)
Again, I’ll need an opportunity to get that officer’s statement. Before that’s provided to us, that is provided to BCI. So we want to provide them the opportunity to speak to him first. We do not interview the officer. We allow BCI to take care of that. Once that’s done, we’ll review that statement and any other information that they get.

Female: (07:07)
We know one of the major reforms recently has been Andre’s Law. Can you tell us more? Was medical care provided, medics called right away?

Speaker 1: (07:14)
Yeah. Medics were called right away. Officers, you can see from the video, the one officer is assessing the young lady for injuries, and then CPR was started. Once we are able to release that full public record to you, you’ll see some additional lifesaving measures that were taken by at least two officers that were at scene.

Speaker 1: (07:37)
Again, I don’t want to make a speculation off of a video. There’ll be forensics done and could be done by BCI. And I would like them to answer that question.

Male: (07:50)
Chief, what did the directive say about the appropriate use of deadly force-

Speaker 1: (07:55)
Deadly force can be used to protect yourself or the protection of a third person. So that is within the policy and that was within the law. That is what the law says. Whether this complies with that will be part of that investigation.

Female: (08:11)
I’m curious what you might say to folks who are outside. We saw people start to gather at 7:30 and it was a lot of emotion for a lot of folks. What would you say to people in the community?

Speaker 1: (08:19)
What I would say is we took some unprecedented steps tonight. I think that all of you would agree that we’ve never been able to release video this fast, but we thought it was important to share with the community, to be transparent about this incident, to let them have some answers that we can provide tonight. We know we can’t provide every answer, but it’s important that we can answer some questions tonight. And we wanted to get that out as soon as possible. We immediately spoke with Mayor Ginther and Director Pettus, and we decided this was the best way to get this information out as quickly as possible.

Female: (08:52)
In the interest of transparency, because there are people watching who may not have heard some of our interactions off camera, can you explain what people were seeing? Was any of that edited? I know some of the faces were blurred. Can you explain the reason for that?

Speaker 1: (09:04)
Right. So public records law requires us to learn the face of any juvenile that may be in a video. So we were extra cautious and blurred the faces on the video tonight, but that was not edited. We did not show you the full video because we’ve not been able to complete that public records process. That’s a law that is incumbent and requires us to take away information before it’s released to the public. So the only editing that was done, it was that it was shorter than the full length of a video. But again, once that full public records process is completed, you will get that tomorrow.