VP Kamala Harris UN Speech Transcript March 16: “The Status of Women is the Status of Democracy” 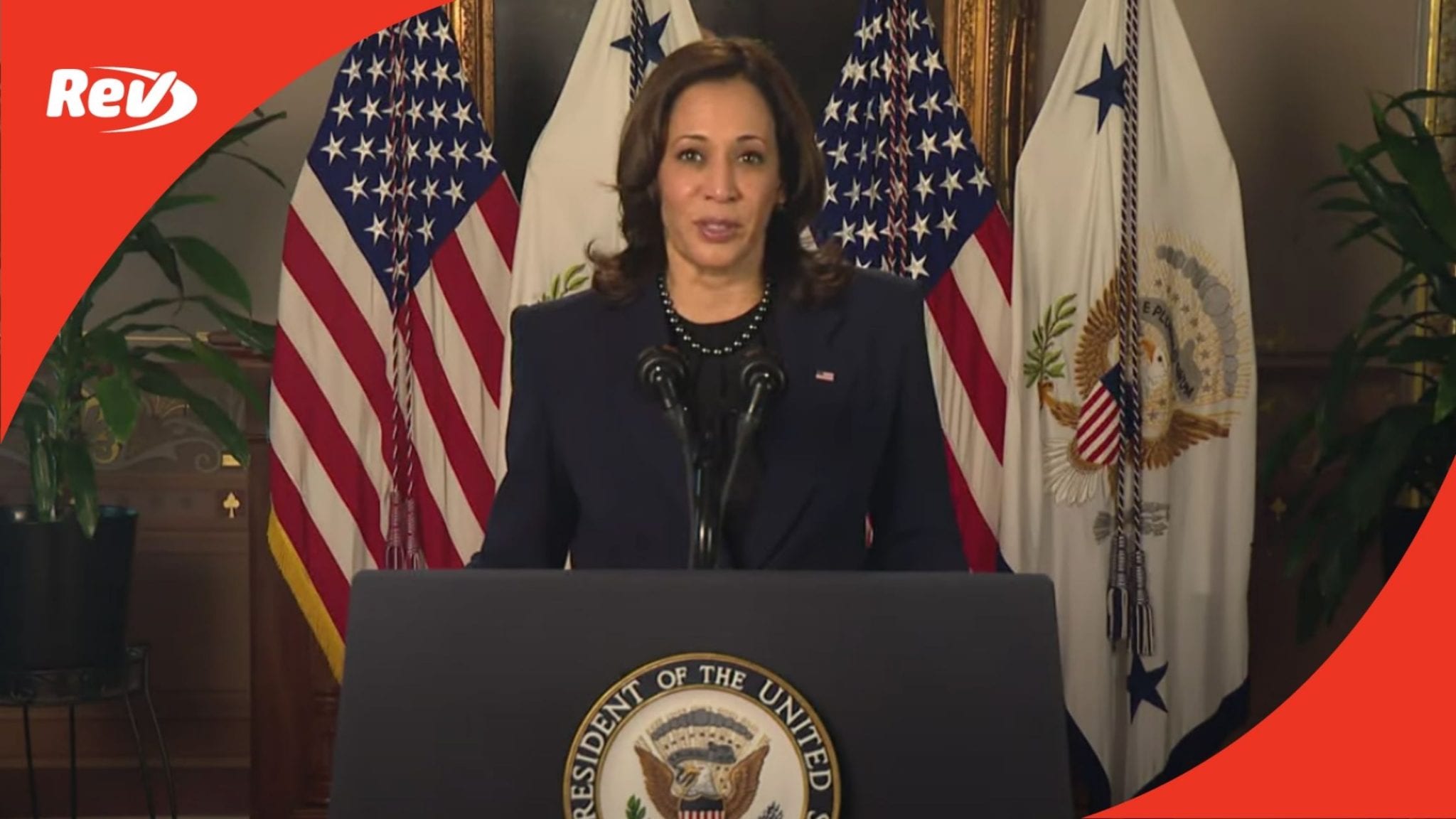 Vice President Kamala Harris gave a speech to the United Nations at the 65th Session of the Commission on the Status of Women on March 16, 2021. She said “the status of women is the status of democracy.” Read the transcript of her full speech remarks here.

Kamala Harris: (00:00)
Mr. Secretary General, Mr. Chairperson of the Commission, Madam Executive Director, distinguished ministers, excellencies, civil society members, it is an honor to address this esteemed commission. Since 1947, this commission has documented the realities women face, shaped global standards on women’s rights, and stood for gender equality. That work is as urgent now as it was at the start. On behalf of the United States, thank you. This year, in considering the status of women, especially as it pertains to the participation of women in decision-making, we must also consider the status of democracy. At its best, democracy protects human rights, promotes human dignity, and upholds the rule of law. It is a means to establish peace and shared prosperity. It should ensure every citizen, regardless of gender, has an equal voice, and free and fair elections that will respect the will of the people.

Kamala Harris: (01:13)
At the same time, democracy requires constant vigilance, constant improvement. It is a work in progress. And today we know that democracy is increasingly under great strain. For 15 consecutive years, we have seen a troubling decline in freedom around the globe. In fact, experts believe that this past year was the worst on record for the global deterioration of democracy and freedom. So even as we confront a global health crisis, an economic crisis, it is critical that we continue to defend democracy. To that end, the United States is strengthening our engagement with the United Nations and the broader multilateral system. We are also rejoining the Human Rights Council because we know the status of democracy depends on our collective commitment to those values articulated in the Universal Declaration of Human Rights.

Kamala Harris: (02:18)
The status of democracy also depends fundamentally on the empowerment of women, not only because the exclusion of women in decision-making is a marker of a flawed democracy, but because the participation of women strengthens democracy, and that’s true everywhere. Looking around the world, I am inspired by the progress that is being made. And I am proud to report that while the United States still has work to do, we too are making progress and that women strengthen our democracy every day. In every presidential election for the last 56 years in the United States, more women have voted than men. More women than ever before serve in the United States Congress. More women than ever, are their families breadwinner. And just last week, the President nominated two women to take the helm of two of our 11 combatant commands.

Kamala Harris: (03:19)
Women in the United States lead our local state and national governments, make major decisions regarding our nation’s security, and drive major growth in our economy. These are signs of progress. These are signs of strength. But friends, we cannot take this progress for granted, especially now. COVID-19 has threatened the economic security, the physical security and the health of women everywhere. As women struggle to get the healthcare they need, the pandemic appears to be reversing the global gains we’ve made in the fight against HIV/AIDS, tuberculosis, malaria, malnutrition, and maternal and child mortality. That’s why on the first day of our administration, the United States reengaged as a member state and leader in the World Health Organization. And we are revitalizing our partnership with UN women to help empower women worldwide.

Kamala Harris: (04:20)
Here’s the truth. When women face obstacles to obtaining quality healthcare, when women face food insecurity, when women are more likely to live in poverty and therefore disproportionately impacted by climate change, more vulnerable to gender based violence and therefore disproportionately impacted by conflict, well, it’s harder for women to fully participate in decision-making, which of course in turn makes it that much harder for democracies to thrive. Eleanor Roosevelt, who shaped the Universal Declaration on Human Rights once said, “Without equality, there can be no democracy.” In other words, the status of women is the status of democracy. For our part, the United States will work to improve both. We are committed to upholding the democratic values embedded in the Declaration, and we firmly believe that when we work together globally, we can achieve the vision within it. We look forward to partnering with all of you in the days and years ahead. And thank you.