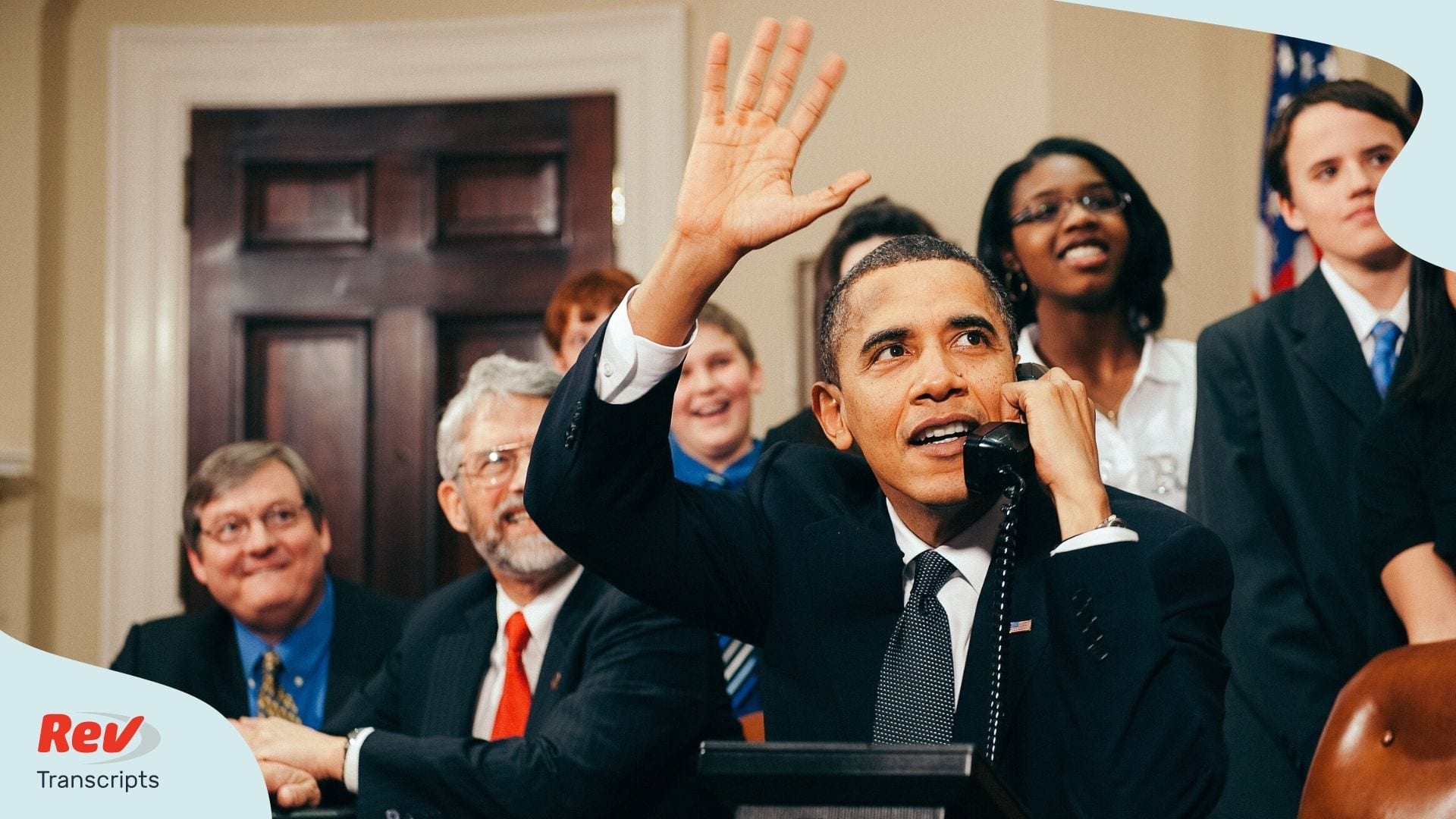 A leaked call with Barack Obama obtained by Yahoo News showed that Obama is very concerned with the DOJ’s handling of the Michael Flynn case, saying the rule of law is “at risk.” He also attacked Donald Trump’s handling of the coronavirus pandemic, calling it a “chaotic disaster.” Read the transcript here.

Barack Obama: (00:01)
Over the last 24 hours, I think has been somewhat downplayed about the Justice Department dropping charges against Michael Flynn. And the fact that there is no precedent that anybody can find for someone who’s been charged with perjury, just getting off scot-free, that’s the kind of stuff where you begin to get worried that basic, not just institutional norms, but our basic understanding of rule of law is at risk. And when you start moving in those directions, it can accelerate pretty quickly, as we’ve seen in other places.

Barack Obama: (01:08)
So I am hoping that all of you feel the same sense of urgency that I do. Whenever I campaigned I’ve always said, “Ah, this is the most important election,” especially, obviously, when I was on the ballot. That always feels like it’s the most important election. This one, I’m not on the ballot, but I am pretty darn invested. We got to make this happen.

Barack Obama: (00:00)
The election that’s coming up on every level so important, because what we’re going to be battling is not just a particular individual or a political party, but what we’re fighting against is these longterm trends in which being selfish, being tribal, being divided, and seeing others as an enemy, that has become a stronger impulse in American life.

Barack Obama: (00:41)
By the way, we’re seeing that internationally as well and it’s part of the reason why the response to this global crisis has been so anemic and spotty. It would have been bad, even with the best of governments. It has been an absolute chaotic disaster when that mindset of what’s in it for me and to heck with everybody else, when that mindset is operationalized in our government.

Barack Obama: (01:23)
So that’s why I, by the way, am going to be spending as much time as necessary and campaigning as hard as I can for Joe Biden.