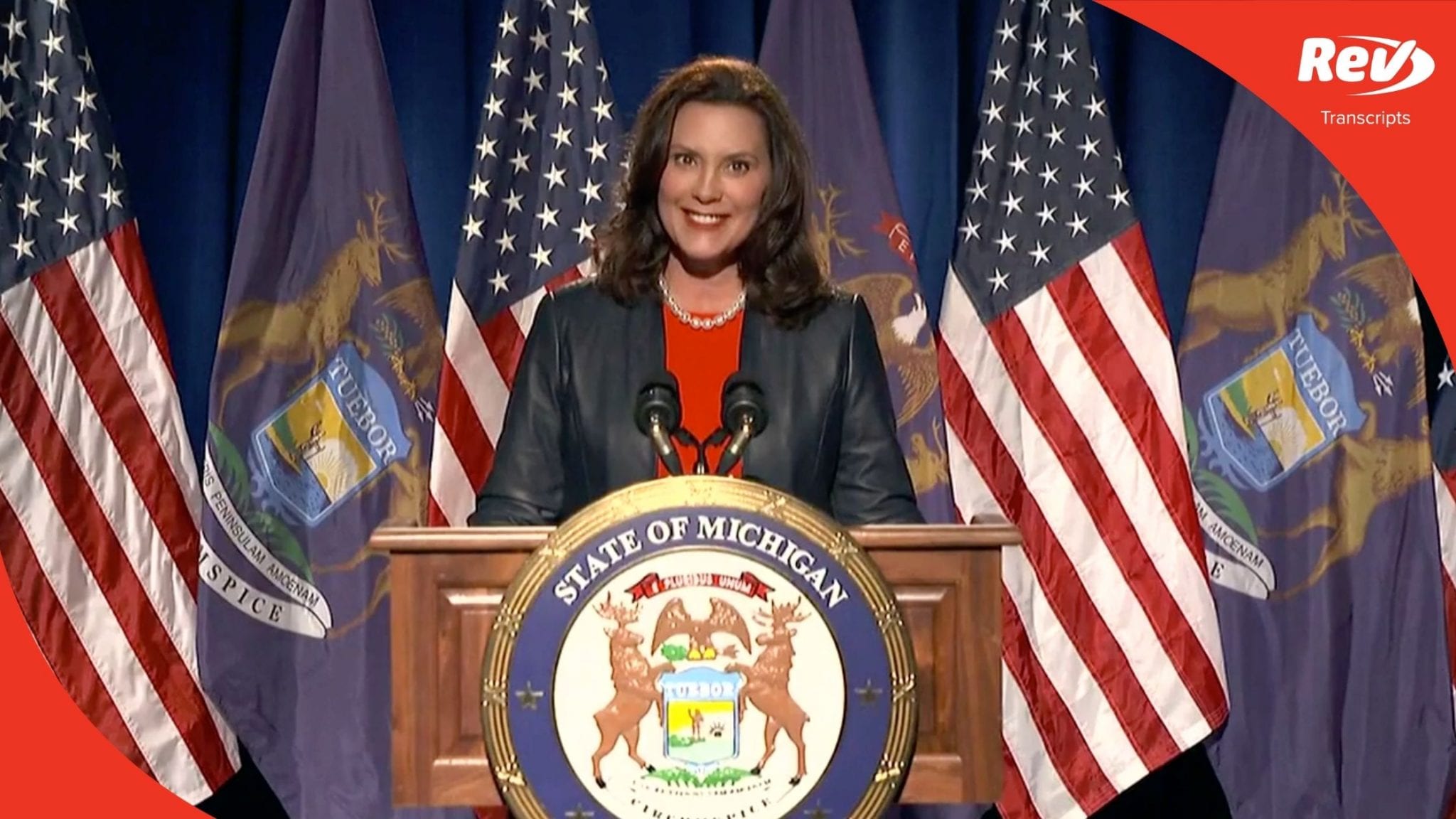 Governor Gretchen Whitmer: (00:00)
I’m Governor Gretchen Whitmer or as Donald Trump calls me that woman from Michigan. Tonight, I’m here at UAW Local 652 in Lansing, Michigan. Auto workers in this union and across our state could have lost their jobs if not for Barack Obama and Joe Biden. In 2009, the Obama-Biden administration inherited the worst economic crisis since the Great Depression, the auto industry in the brink of collapse, a million jobs at stake, but President Obama and Vice President Biden didn’t waste time blaming anyone else or shirking their responsibility. They got to work. They brought together union members, companies, and lawmakers on both sides of the aisle, and they saved the auto industry.

Governor Gretchen Whitmer: (00:50)
When, you know, just a few months ago, as our nation began battling COVID-19, auto workers across Michigan spring into action, and they started making protective equipment for doctors and nurses on the front lines. Let me break it down. President Obama and Vice President Biden saved these auto workers livelihoods. Then these workers did their part to save American lives. That’s the story of this great nation. Action begets action, progress begets progress. When we work together, we can accomplish anything. After all, democracy is a team sport, especially now.

Governor Gretchen Whitmer: (01:36)
It’s crucial that we rally together to fight this virus and build our economy back better. From the jump, we took this pandemic seriously in Michigan. We listened to medical experts. We planned, and with a lot of work from the auto workers and too little help from the White House, we executed our plan. We saved thousands of lives. Just imagine if we had a national strategy, so everyone who needs a test gets one for free. So, everyone has access to a safe vaccine. So, our kids and educators have the resources they need to safely get back to school.

Governor Gretchen Whitmer: (02:38)
Over the past few months, we’ve learned what’s essential, rising to the challenge, not denying it. We’ve learned who is essential to, not just the wealthiest among us, not a president who fights his fellow Americans rather than fight the virus that’s killing us and our economy. It’s the people put their own health at risk to care for the rest of us. They are the MVPs, the nurses and the doctors, the utility workers, truck drivers, and grocery clerks, the childcare workers, the parents, the teachers, the mail carriers and the auto workers. So many of these essential workers have lost their lives to COVID. Nearly a thousand healthcare workers, more than 170,000 people across America, including a five year old girl named Skylar from Detroit, whose mom is a police officer and dad is a firefighter.

Governor Gretchen Whitmer: (03:39)
Generation after generation, our nation has been defined by what we do or what we fail to do. So for Skylar, for her parents and in the memory of all those we’ve lost, let us act, let us heal as one nation. Let us find strength to do the work.