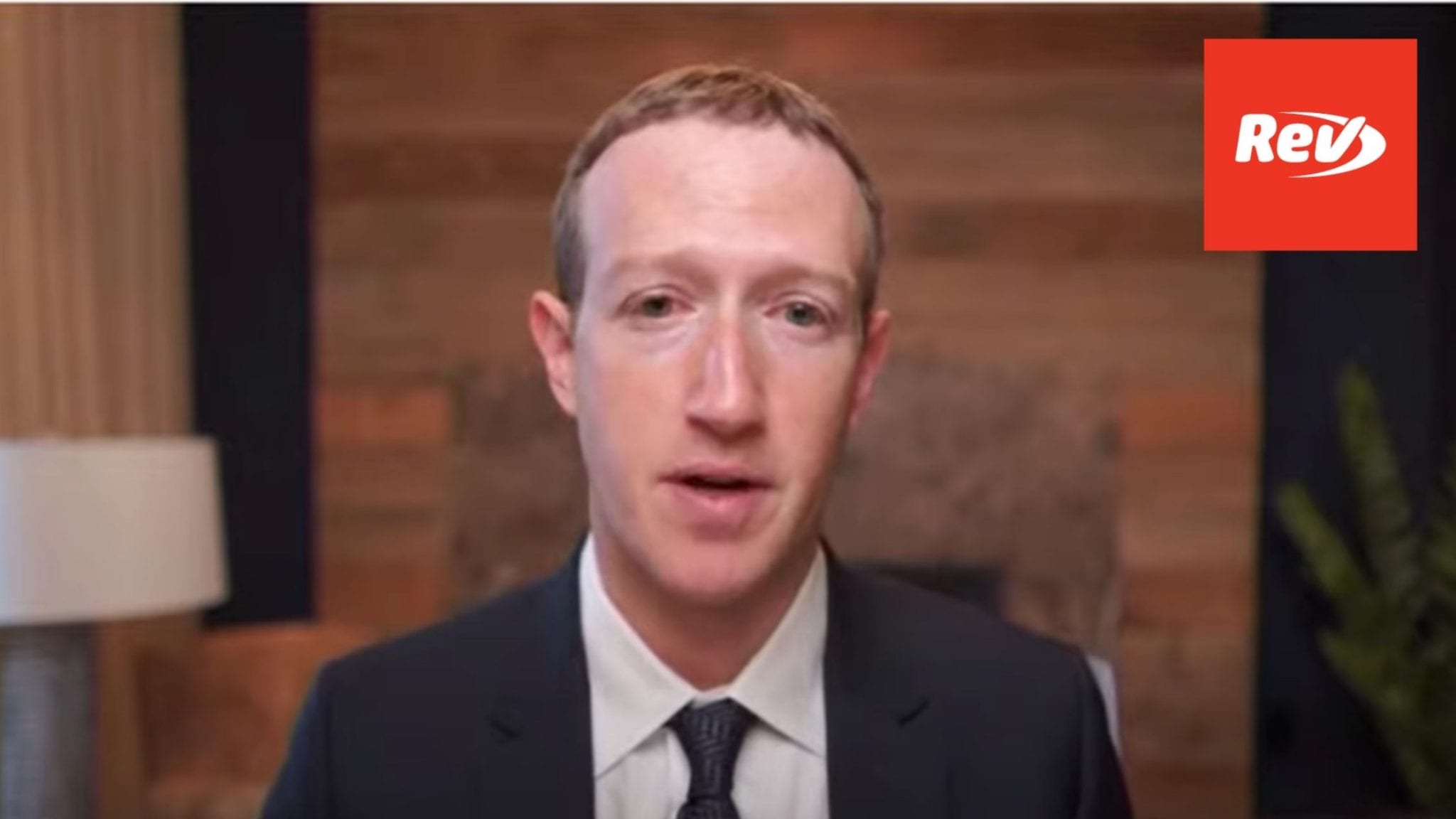 Facebook CEO Mark Zuckerberg’s opening testimony during the House hearing on misinformation on March 25, 2021. He said former President Donald Trump called on people to “fight” and that he “should be responsible for his words.” Read the full transcript of his opening statement remarks here.

Mark Zuckerberg: (00:06)
Chairs Pallone, Schakowsky, and Doyle, Ranking Members Rogers, Latta, and Bilirakis, and members of the committee, I’m glad that this committee is looking at all the ways that misinformation and disinformation show up in our country’s discourse. There are important challenges here for our society, and we have to decide how we want to handle speech that is legal, but harmful and who should be responsible for what people say.

Mark Zuckerberg: (00:32)
Misinformation is not a new problem. It was 200 years ago that a Congressman said that a lie would travel from Maine to Georgia while truth was still getting on his boots. Disinformation has often been spread through traditional media, too, but the Internet gives everyone the power to communicate, and that certainly presents unique challenges. Now, people often say things that aren’t verifiably true, but that speak to their lived experiences, and I think we have to be careful restricting that. For example, if someone feels intimidated or discriminated against while voting, I believe that they should be able to share their experience, even if the election overall was fair.

Mark Zuckerberg: (01:10)
I don’t think anyone wants a world where you can only say things that private companies judge to be true, where every text message, email, video, and post has to be fact-checked before you hit Send. But at the same time, we also don’t want misinformation to spread that undermines confidence in vaccines, stops people from voting, or causes other harms.

Mark Zuckerberg: (01:30)
At Facebook, we do a lot to fight misinformation. We remove content that could lead to imminent real-world harm. We’ve built an unprecedented third-party fact-checking program, and if something is rated false, then we add warning labels and significantly reduce its distribution. We invest a lot in directing billions of people to authoritative information. The system isn’t perfect, but it’s the best approach that we’ve found to address misinformation in line with our country’s values. It’s not possible to catch every piece of harmful content without infringing on people’s freedoms in a way that I don’t think that we’d be comfortable with as a society.

Mark Zuckerberg: (02:07)
Our approach was tested in 2020 when we took extraordinary steps during an extraordinary election. We’ve removed voting misinformation, banned hundreds of militias and conspiracy networks, including QAnon, labeled posts that prematurely or wrongly declared victory, and directed people to official results. We labeled over 180 million posts, we directed 140 million people to our official voting information center, and we helped four and a half million people register to vote. We did our part to secure the integrity of the election.

Mark Zuckerberg: (02:41)
Then on January 6th, President Trump gave a speech rejecting the results and calling on people to fight. The attack on the Capitol was an outrage, and I want to express my sympathy to all of the members, staff, and Capitol workers who had to live through this disgraceful moment in our history. I want to express my gratitude to the Capitol Police, who were on the front lines in defense of our democracy. I believe that the former president should be responsible for his words and that the people who broke the law should be responsible for their actions.

Mark Zuckerberg: (03:13)
So that leaves the question of the broader information ecosystem, and I can’t speak for everyone else, the TV channels, radio stations, news outlets, websites, and other apps, but I can tell you what we did. Before January 6th, we worked with law enforcement to identify and address threats. During and after through the attack, we provided extensive support in identifying the insurrectionists and removed posts supporting violence. We didn’t catch everything, but we made our services inhospitable to those who might do harm. When we feared that he would incite further violence, we suspended the former president’s account.

Mark Zuckerberg: (03:48)
Now, many people are concerned that platforms can ban elected leaders. I am, too. I don’t think that private companies should make so many decisions like this alone. We need an accountable process, which is why we created an independent oversight board that can overrule our decisions. We need democratically agreed rules for the Internet.

Mark Zuckerberg: (04:08)
The reality is our country is deeply divided right now, and that isn’t something that tech companies alone can fix. We all have a part to play in helping to turn things around, and I think that starts with taking a hard look at how we got here. Now, some people say that the problem is that social networks are polarizing us, but that’s not at all clear from the evidence or research. Polarization was rising in America long before social networks were even invented, and it’s falling or stable in many other countries where social networks are popular.

Mark Zuckerberg: (04:36)
Others claim that algorithms feed us content that makes us angry because it’s good for business, but that’s not accurate, either. I believe that the division we see today is primarily the result of a political and media environment that drives Americans apart, and we need to reckon with that if we’re going to make progress.

Mark Zuckerberg: (04:53)
Now, I know that technology can help bring people together. We see it every day on our platforms. Facebook is successful because people have a deep desire to connect and share, not to stand apart and fight. We believe that connectivity and togetherness are more powerful ideals than division and discord and that technology can be part of the solution to the challenges our society is facing. We are ready to work with you to move beyond hearings and get started on real reform. Thank you.