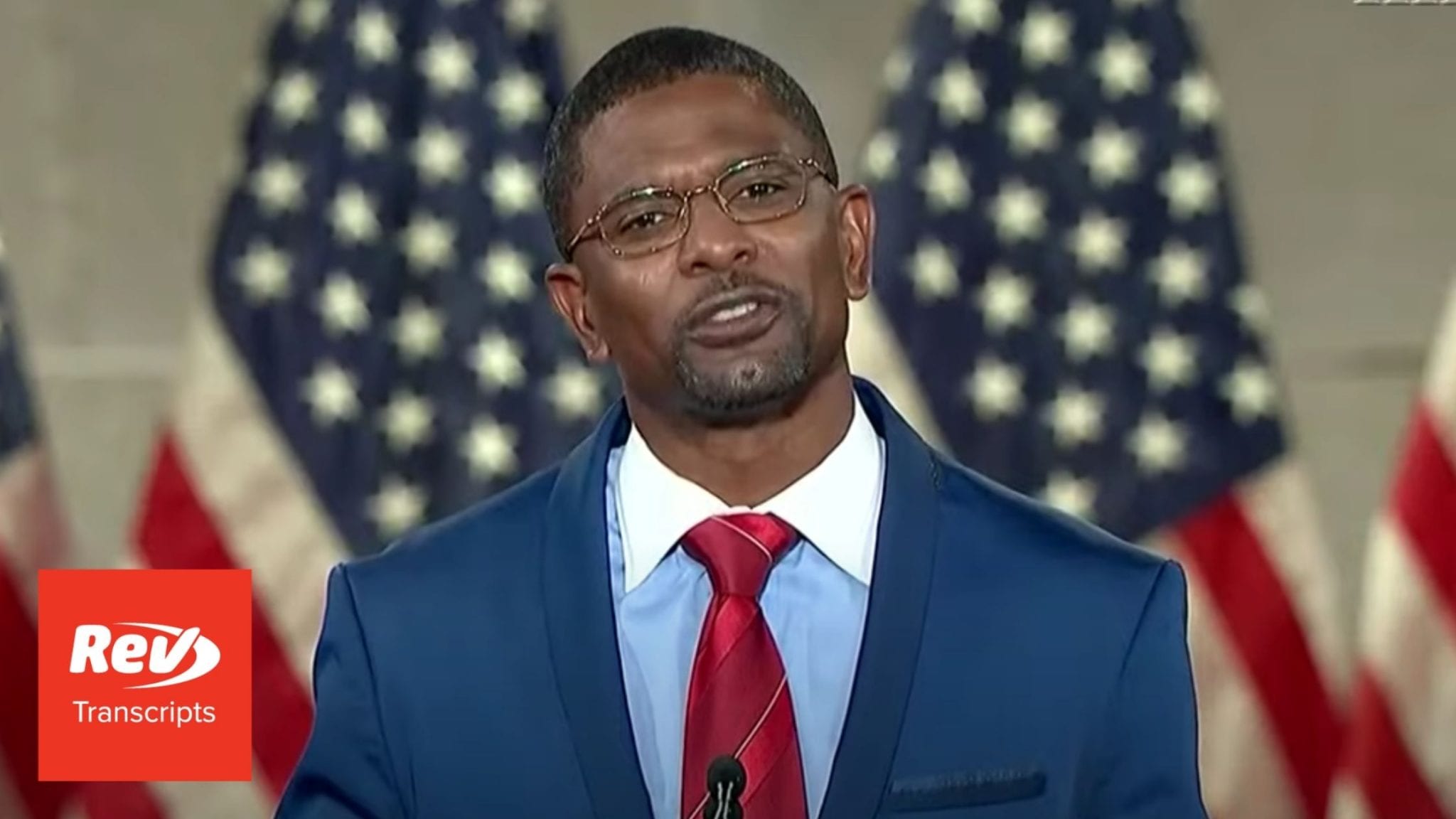 Jack Brewer: (00:14)
I’m Jack Brewer, a former three-time NFL team captain, college professor, coach, husband, son, and father. I’m also a lifelong Democrat, but I support Donald Trump. Let me be clear, I didn’t come here for the popularity or the praise, the likes or the retweets, I’m here as a servant to God, a servant to the people of our nation and a servant to our president. I grew up in Grapevine, Texas, a town that my great grandfather was the first black man to settle as a sharecropper in 1896. My early high school experience included fighting with skinheads and being a witness in an attempted murder trial after my friend shot a skinhead in self-defense. I remember my dad’s bravery when he personally stood up against a KKK rally in my town. In my house, my father taught me to back down from no one. I know what racism looks like, I’ve seen it firsthand.

Jack Brewer: (01:14)
In America, it has no resemblance to president Trump and I’m fed up with the way he’s portrayed in the media, who refuse to acknowledge what he’s actually done for the black community. It’s confusing the minds of our innocent children. Before I left to come deliver this message, my energetic eight year old son, Jackson, stopped me and said, “Dad, can you please just tell everyone that all lives need to matter and that God loves everyone?” In that moment, I realized that my eight year old had figured out what so many adults have seemed to forget; we are not as divided as our politics suggest. At some point, for the sake of our children, the policies must take priority over the personalities. So because you have an issue with president Trump’s tone, you’re going to allow Biden and Harris to deny underserved black and brown children school of choice?

Jack Brewer: (02:13)
Are we so offended by the president’s campaign slogan, make America great again, that we’re going to ignore that Joe Biden and Kamala Harris have collectively been responsible for locking up countless black men for nonviolent crimes? Are you going to allow the media to lie to you by falsely claiming that he said there are very fine white supremacists in Charlottesville? He didn’t say that, it’s a lie, and ignore the so called black lives matter organization that openly on their website, called for the destruction of the nuclear family. My fellow Americans, our families need each other. We need black fathers in the homes with their wives and children. The future of our communities depend on it. I’m blessed to be able to run inner city youth programs and to also teach in prisons across America. The inmates in my federal prison program literally receive days off their sentence just for attending my class.

Jack Brewer: (03:14)
And that’s thanks to president Donald Trump in his first step back. President Trump cared about these Americans and their families, even when so many others had left them behind and had written them off. I’m forever grateful for president Trump for that. He endures relentless attacks, and so do many of us like myself who support him. But my momma always told me, when the Lord starts blessing, the devil starts missing. This convention marks a time to celebrate our history. Republicans are the party that freed the slaves and the party that put the first black men and women in congress. It’s the party of Frederick Douglas and Abraham Lincoln, and now, Tim Scott and Donald Trump. Our president has made incredible strides to end mass incarceration and give unprecedented opportunities for black in America to rise. America, let this election be a call for all God’s people who are called by his name to humble ourselves and pray together, and to seek his face and to turn from our wicked ways. Then he will hear us from heaven and he will forgive our sins and he will heal our land. Amen, and God bless America.