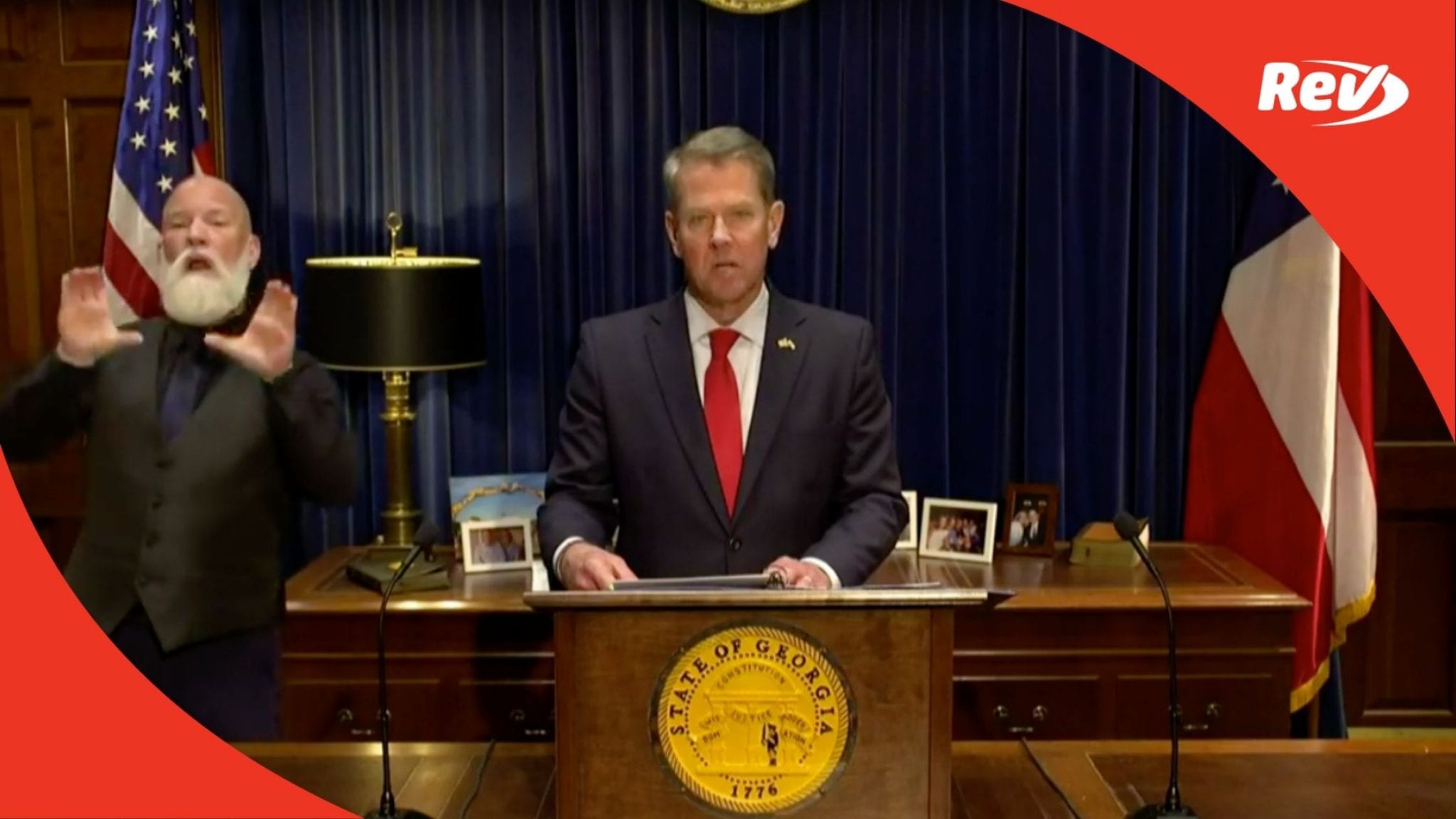 Georgia Governor Brian Kemp gave remarks about the 2020 election and results of the Georgia recount on November 20. He also said he would certify Georgia election results, giving its electors to Joe Biden. Read the transcript of his speech here.

Gov. Brian Kemp: (00:00)
Good afternoon. COVID 19 has introduced numerous challenges to county and state elections officials as they work to keep Georgia elections secure, accessible, and fair. Given the record number of absentee ballots and narrow margin in the November 3rd election for president in Georgia, I joined many in backing a hand recount and urging a thorough investigation into any voting irregularities.

Gov. Brian Kemp: (00:27)
The Secretary of State oversaw a complete audit, which revealed significant errors made in several counties, including Floyd, Fayette, Douglas, and Walton. It is important for Georges to know that the vast majority of local election workers did their job well under unprecedented circumstances, and I thank them for their service.

Gov. Brian Kemp: (00:52)
However, is quite honestly hard to believe that during the audit, thousands of uncounted ballots were found weeks after a razor thin outcome in a presidential election. This is simply unacceptable. I’ve heard directly from countless Georgians, they expect better and they deserve better. It’s important to note that this audit only looked at ballots, not the signatures on the absentee applications or the signatures on the ballot envelopes. The Georgians I have heard from are extremely concerned about this. So I encouraged Secretary Raffensperger to consider addressing these concerns.

Gov. Brian Kemp: (01:34)
It seems simple enough to conduct a sample audit of signatures on the absentee ballot envelopes and compare those to the signatures on applications and on file at the Secretary of State’s office. This morning, the Secretary announced his support of strengthening photo ID requirements for absentee balloting. Voters casting their ballots in person must show a photo ID, and we should consider applying that same standard to mail-in balloting. I’ve heard from many members of the general assembly, and I appreciate their input and share their concern. I look forward to working with Lieutenant Governor Duncan, Speaker Ralston, and members of both bodies to address the issues that have been raised over the last several weeks.

Gov. Brian Kemp: (02:25)
Earlier today. Secretary Raffensperger presented the certified results of the 2020 general election to my office. Following Judge Grimberg’s ruling yesterday, state law now requires the governor’s office to formalize the certification, which paves the way for the Trump campaign to pursue other legal options in a separate recount if they choose.

Gov. Brian Kemp: (02:51)
Georgia has run off elections for two US Senate seats and a public service commissioner scheduled to occur over the next several weeks. We demand complete explanations for all discrepancies identified so that our citizens will have complete confidence in our elections. In the runoff election, we cannot have lost memory cards or stacks of uncounted ballots. We must have full transparency in all monitoring and counting. Every legal vote must be counted and the security of the ballot box must be protected. As governor, I have a solemn responsibility to follow the law, and that is what I will continue to do. We must all work together to ensure citizens have confidence in future elections in our state. Thank you and God bless.