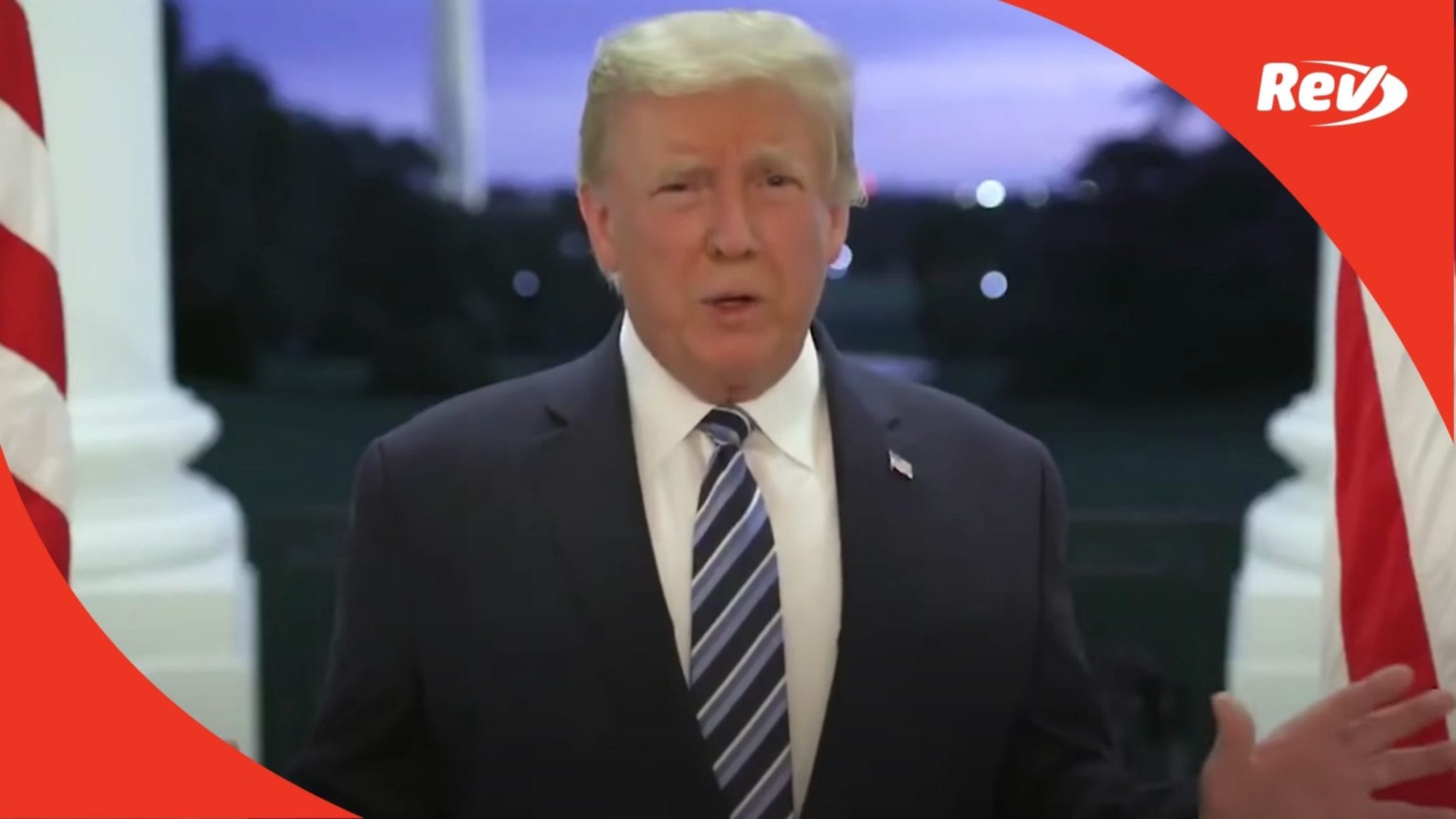 Donald Trump released a video from the White House after being released from Walter Reed Hospital on October 5, 2020. Read the full transcript of his statement here.

Donald Trump: (00:00)
I just left Walter Reed Medical Center, and it’s really something very special. The doctors, the nurses, the first responders, and I learned so much about coronavirus. One thing that’s for certain, don’t let it dominate you. Don’t be afraid of it. You’re going to beat it. We have the best medical equipment. We have the best medicines all developed recently, and you’re going to beat it. I went … I didn’t feel so good. And two days ago, I could have left two days ago. Two days ago, I felt great. Like, better than I have in a long time. I said just recently … better than 20 years ago. Don’t let it dominate. Don’t let it take over your lives. Don’t let that happen.

Donald Trump: (00:43)
We have the greatest country in the world. We’re going back. We’re going back to work. We’re going to be out front. As your leader, I had to do that. I knew there’s danger to it, but I had to do it. I stood out front. I led. Nobody that’s a leader would not do what I did. And I know there’s a risk. There’s a danger. But that’s okay, and now I’m better. Maybe I’m immune. I don’t know. But don’t let it dominate your lives. Get out there. Be careful. We have the best medicines in the world, and they’re all happened very shortly, and they’re all getting approved. And the vaccines are coming momentarily. Thank you very much. And Walter Reed, what a group of people. Thank you very much.