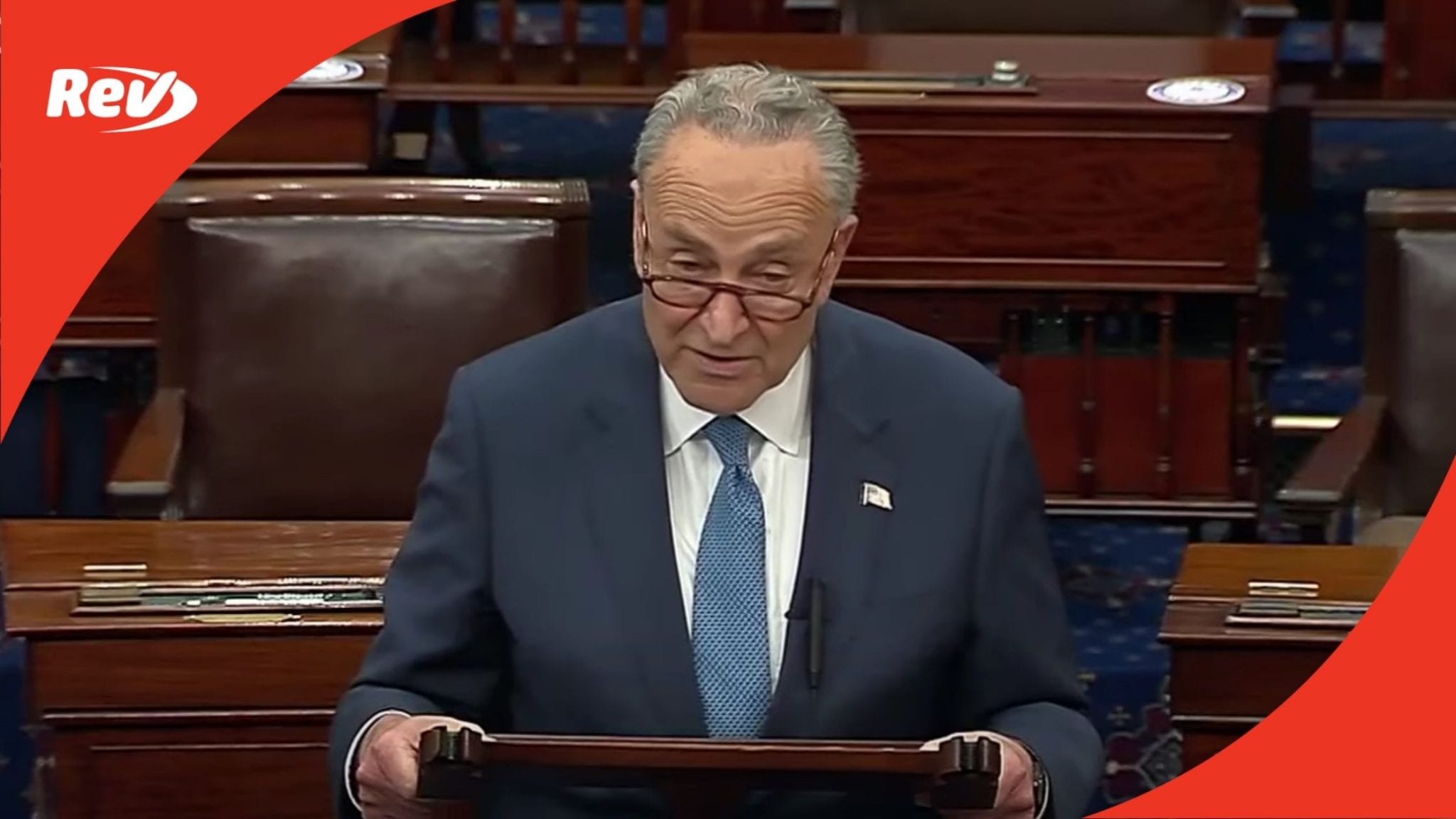 Senate Majority Leader Chuck Schumer gave a speech on the Senate floor on May 28, 2021 after the January 6 Commission vote failed. Read the transcript of his speech remarks here.

Chuck Schumer: (01:00)
Speaker Pelosi’s and I supported and still do support the changes Senator Collins proposed and we told that to other senators. Senate Republicans for months publicly supported the idea of a commission, but now all of a sudden the Senate minority and the Senate minority leader waged a partisan filibuster against the bill. This vote has made it official. Donald Trump’s big lie has now fully enveloped the Republican Party. Trump’s big lie is now the defining principle of what’s once the party of Lincoln. House Republicans canned Congresswoman Cheney for the crime of telling the truth that Joe Biden is president. Republican state legislature seizing on the big lie are conducting the greatest assault on voting rights since the beginning of Jim Crow. Republicans in both chambers are trying to rewrite history and claim that January 6th was just a peaceful protest that got a little out of hand.

Chuck Schumer: (02:03)
And now this, a partisan blockade of a simple independent bipartisan commission. I’ve heard all the excuses why Republicans are opposing this bill; it’s too early, it goes on too long, it’s not needed. Almost all of these excuses are meritless and were invented in the past two weeks. We all know what’s going on here. Senate Republicans chose to defend the big lie because they believe anything that might upset Donald Trump could hurt them politically. We’ve all lived through the horrors of January 6th. I was no further than 30 feet from those white supremacist hooligans. To my Republican colleagues, remember that day. To my Republican colleagues, remember the savage mob calling for the execution of Mike Pence, the makeshift gallows outside the capital, men with bulletproof vests and zip ties breaking into the Senate gallery and rifling through your desks, police officers crushed between doorways.

Chuck Schumer: (03:12)
Shame on the Republican Party for trying to sweep the horrors of that day under the rug because they’re afraid of Donald Trump. Our democracy has long endured because leaders of good faith, even if they disagreed even at political cost, shared a fidelity to the truth. Not so today. I hope this is not the beginning of an effort by Senate Republicans to prevent this chamber from debating reasonable common sense legislation. We will soon see. After the state work period, I will bring forward legislation that would help provide equal pay for women. Will our Republican colleagues let the Senate debate the bill or will they engage in another partisan filibuster of urgent legislation? We will soon see.