Tips for Conference Attendees: Make the Most of Your Next Work Trip 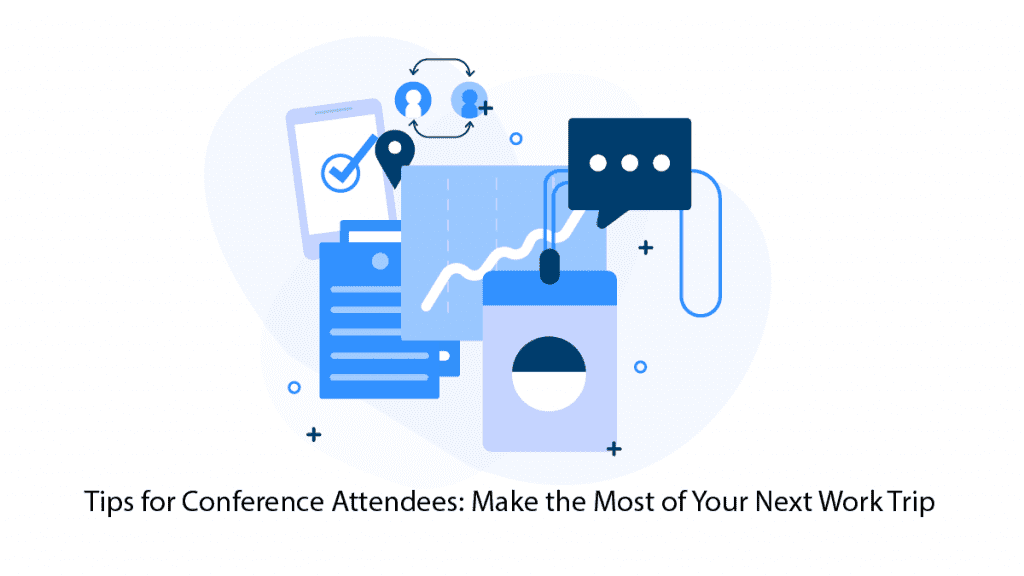 Rev › Blog › How-to Guides › Tips for Conference Attendees: Make the Most of Your Next Work Trip

Whether it’s your first or tenth time attending a conference, there are lots of little things you can do to get the most out of your experience. The average conference badge will set you back a few thousand dollars, and that’s before factoring in the expense of travel and hotel. If you or your company has invested in getting there, you’ll want to set yourself up for success during your time at a conference.

NAB Show veteran, Nathan Ross, is preparing to head to Vegas next week for his fourth consecutive year at the world’s largest annual convention.

As the Director of Operations at Vision Films, Ross recommends the following tips for conference attendees:

Pack a mobile charger for your smartphone

And keep it handy at all times. Reception at conferences tends to be spotty. If your phone is searching for a signal all afternoon, the battery will be dead by the time you’re outside attempting to call an Uber.

Prepare for long days of networking and being on your feet. You’ll be glad to always have a bottle of water on hand.

Give yourself extra time

Double check booth locations when scheduling meetings. If you’re traveling between halls, it might take longer than you expect. Allow at least 30 minutes between meetings so you’re not feeling rushed.

Some other things you can do to improve your overall conference experience include:

Pack more than one pair of comfortable shoes

Convention centers across the country are notoriously large. The Las Vegas Convention, specifically, is 3.2 million square feet. You’re going to get your steps in, so bring comfy kicks.

Conferences are as much about learning as they are about making new connections. Collect business cards throughout the week and take time at the end of the conference to make connections LinkedIn official.

Opt for a pen and notebook

It might sound dated, but during a session try to keep electronic device use to a minimum. A good old fashioned pen and notebook are far less distracting than laptops or cell phones. Try taking notes to keep yourself engaged and avoid the temptation of working during a session you’ve planned to attend.

It’s hot in Vegas, but it’s cold in the conference hall. Pack layers so you can adjust what you’re wearing and remain comfortable throughout the day.

It’s great to plan ahead, but it’s also equally important to be flexible as impromptu meetings pop up and others fall through. Use your time at the conference to absorb as much new information and inspiration as you can. When approached with the right mindset, conferences are a great way to take a break from the office while refueling yourself with ideas for your company.