Eggcorns With Rev: We Just Hope This Article Makes Scents 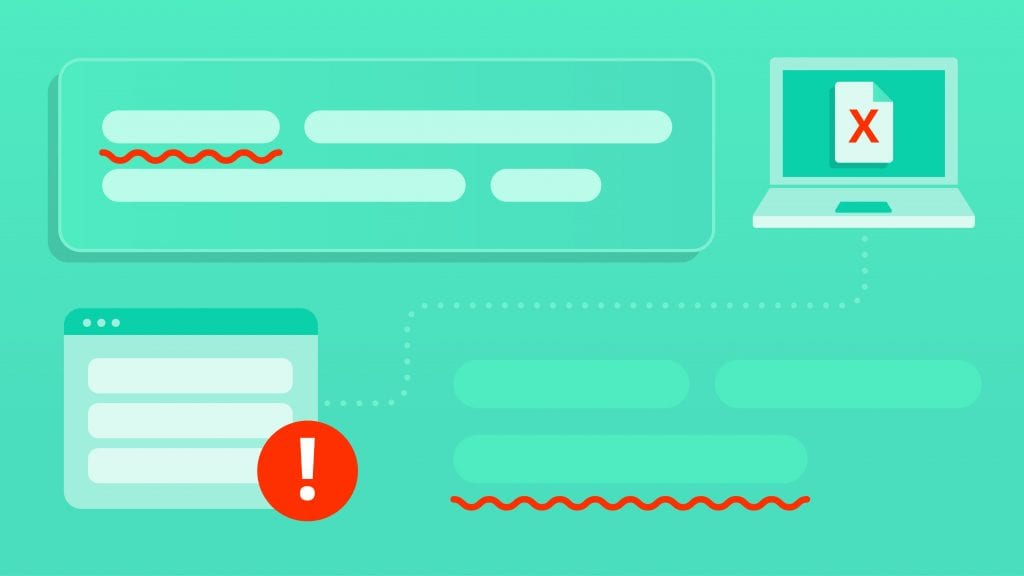 Eggcorns: we’re certain that you’re familiar with these little linguistic boo-boos, even if you didn’t know what they were called.

An eggcorn is a word or phrase that results from the mishearing of another word or phrase. Most often, an element of the original expression is replaced with one that sounds similar to—or is even a homophone of—the original element.

For example, one might type “for all intensive purposes” while trying to summarize a point when the correct form of this expression is “for all intents and purposes.”

Or perhaps someone will write about their “ex-patriot” friend living in Thailand rather than using the proper word, “expatriate.”

These errors are usually minor and generally don’t change the fundamental meaning of the speaker’s statement; they’re just the (oftentimes humorous) result of a misunderstanding. We’re human, after all, and sometimes humans make mistakes.

At Rev, where we deal with large-scale speech-to-text transcription and captioning on a daily basis, eggcorns are something we’re intimately familiar with. And since we listen to thousands upon thousands of hours of audio every week, we like to think we’re experts at picking them out and avoiding them in our work.

We also thought it might be fun to list out some of the most common eggcorns we encounter. So without further ado, here are some of our favorite misheard phrases:

Transcribe Your Files With Incredible Accuracy

No, we’re not asking you to hand us the Grey Poupon. (Although, truth be told, we are big fans of dijon). The correct term is “pass muster,” and it means to deem something as adequate or satisfactory. If the job candidate doesn’t pass muster, for instance, he won’t be offered a position at the company.

Nip it in the butt

Ouch! This is one of the more painful eggcorns, especially if you have to walk up a hill or flight of stairs later. The proper expression is “nip it in the bud,” as in a flowerbud. If you want to prevent something from growing into a bigger issue, you’ll nip it in the bud (before the problem “blooms” into something more difficult).

Although we’re sure the era preceding the iconic Virgin Tour must have been a rough time for everyone, this phrase actually has nothing to do with the 1980s pop star from Michigan. (Or maybe it does?) The correct term is “prima donna,” and it’s used to refer to someone who is entitled, temperamental, and demanding.

It’s nice to imagine a planet populated by panting, furry companions who are always excited to see us, whether we’ve been gone for three hours or three minutes. The true expression, however, is a bit darker than you might have thought. A “dog-eat-dog world” refers to one that is ruthlessly competitive, where people will do whatever it takes to end up on top—even if it means harming others.

Happy as a clown

It makes sense why one might think that this is the correct expression. After all, clowns generally try to make us laugh (Pennywise from It notwithstanding). Isn’t it safe to assume they’re happy? Getting to spend all day with acrobats and lion tamers—we’d be over the moon! But the true expression is actually “happy as a clam.” Someone must know more about the mental state of bivalves than we do.

This may come as a surprise, but this expression doesn’t refer to a deflated basketball or a broken trampoline. The actual phrase is “out of bounds,” as in beyond the boundaries of a sports field, court, course, etc. More colloquially, this expression can refer to language or behavior that is outside of what is socially acceptable. For example, making fun of a disability is universally regarded as out of bounds.

A person made out of hot water vapor is an interesting superhero idea, but that’s not what we’re talking about here. The real expression is “self-esteem,” which is a person’s subjective evaluation of their own worth or abilities—in other words, how much an individual likes or appreciates themself.

Take it for granite

Sure, this igneous rock makes for beautiful sculptures, buildings, and kitchen countertops. And yes, it’s easy to mistake granite for something similar, like gneiss or schist (okay, we’re done with the geology lesson). But the saying is actually “take it for granted,” which means to fail to appreciate or value something appropriately.

We can understand the thought process behind this one. Maybe you were familiar with the saying “wet your whistle” and thought it applied to eating as well. Or perhaps you thought that drinking something could stave off your hunger. The truth is, the expression is “whet your appetite,” which means to stimulate or trigger it.

It takes two to tangle

Okay, we think this one is kinda bullcrap, because it makes sense as is. “To tangle” can mean to fight or argue, so unless you’re throwing punches at yourself, two people (minimum) are definitely required. But the true saying is “it takes two to tango,” as in the national dance of Argentina.

To be honest, this one probably makes us scrunch up our noses and grit our teeth more than any other eggcorn on this list. And if you ever walk into a Neapolitan cafe and order an “expresso,” you’re sure to get some funny looks. That’s because the thick, concentrated coffee beverage is actually called “espresso.” Get it right, amico.

This is a tough one to wrap our minds around. Like, how would you even do this? Has anyone even attempted to sink their teeth into the fourth dimension? Probably not, because the true phrase is “biding my time.” In this expression, bide means to wait for, so biding my time means to wait for an opportune moment to do something.

This eggcorn is forgivable: the hand-propelled vehicle used for transporting dirt, bricks, and other materials does somewhat resemble a barrel split in half. In truth, this device is called a “wheelbarrow,” a combination of the word wheel (duh) and barrow, a word derived from the Old English “barew” which, unsurprisingly, was a device used for carrying loads.

It’s true wearing an outfit that leaves little to the imagination might cause a scandal (particularly among your more conservative family members). However, the correct phrase is “scantily clad,” with scant meaning barely sufficient or adequate. (We generally wear “business casual” attire just to be safe anyway.)