4 Powerful Martin Luther King, Jr. Speeches That Aren’t ‘I Have A Dream’ 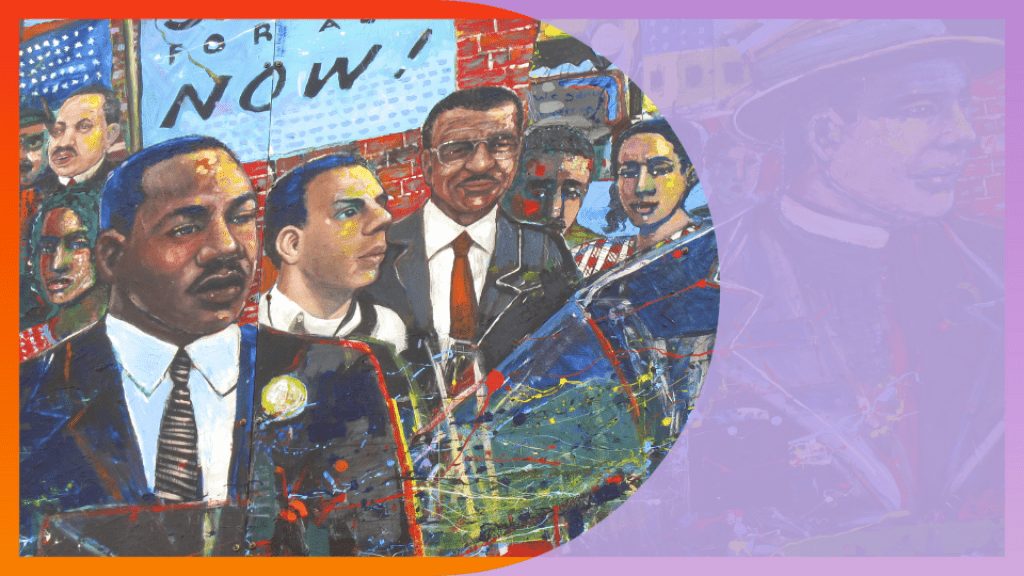 Today we honor the great life and legacy of Dr. Martin Luther King Jr. who was a revolutionary civil rights leader and minister. Dr. King ’s work to eradicate racial segregation was abruptly halted when he was assassinated on April 4, 1968, on the balcony of Lorraine Motel in Memphis, Tennessee. While his legacy is commonly remembered by his famous “I Have A Dream” speech, we’ve sourced four powerful, lesser-known speeches from Dr. King to listen to and commemorate his legacy.

Beyond Vietnam: “A Time to Break Silence”


When: 4 April 1967
Where: Riverside Church, New York City
Why it’s important: The U.S. government’s desire to halt the expansion of communism abroad acted as the primary purpose for American involvement in Vietnam. But anti-war sentiments continued to gain force in the U.S. during the late 1960’s, resulting in major protests at Kent State and in Chicago.

Many Americans saw the U.S. engagement in a conflict thousands of miles away as pointless, especially one that caused so much damage at home and abroad.

It was in the midst of anti-Vietnam protests that Martin Luther King Jr. delivered “A Time to Break Silence.” King’s speech effectively confronts both of these issues: civil rights and opposition to the Vietnam War.

(33:24) “Each day the war goes, on the hatred increases in the heart of the Vietnamese and in the hearts of those of humanitarian instinct. The Americans are forcing even their friends into becoming their enemies. It is curious that the Americans, who calculate so carefully on the possibilities of military victory, do not realize that in the process they are incurring deep psychological and political defeat. The image of America will never again be the image of revolution, freedom, and democracy, but the image of violence and militarism.”

(50:12) “We still have a choice today: nonviolent coexistence or violent coannihilation. We must move past indecision to action. We must find new ways to speak for peace in Vietnam and justice throughout the developing world, a world that borders on our doors.”

Read The Full Transcript of “A Time to Break Silence”


Where: Ebenezer Baptist Church, Atlanta
When: July 4, 1965
Why it’s important: King makes it clear that his dream is closely tied to equal job opportunities and livable wages for a multiracial democracy. He says that class divisions within America “can be as vicious and evil as a system based on racial injustice.”

King also underscores the dignity of all work, proclaiming that even menial workers should earn enough “so they can live and educate their children and buy a home and have the basic necessities of life.”

(06:03) “It is trite, but urgently true that if America is to remain a first-class nation, she can no longer have second-class citizens. I must rush on to say that we must not seek to solve this problem merely to meet the communist challenge. We must not seek to do it merely to appeal to Asian and African people. In the final analysis, racial discrimination must be uprooted from our society because it is morally wrong.

(23:07) Human progress never rolls in on the wheels of inevitability. It comes through the tireless efforts and the persistent work of dedicated individuals. And without this hard work, time itself becomes the ally of the insurgent and primitive forces of irrational emotionalism and social stagnation, so that we must somehow get rid of this idea that time alone with solve the problem. We must use time.

Read The Full Transcript of “The American Dream”

“Our God Is Marching On!”


When: March 25, 1965
Where: Montgomery, Alabama (at the end of the Selma-to-Montgomery march)
Why it’s important: This is one of King’s most powerful speeches, as we see him in a moment of triumph. While America is still a deeply polarized nation on social and economic issues, this speech marked the successful end of the first phase of the civil rights movement – in pursuit of legal and political rights.

King’s on the steps of the Alabama State Capitol, near the Dexter Avenue Baptist Church where he’s launched the Montgomery bus boycott. Meanwhile, Alabama Gov. George Wallace cowers in his office with blinds drawn.

When the enthusiastic crowd joins King in chanting “Glory hallelujah!” at the end of his speech, the march transforms into a roaring church revival.

The Selma campaign would spark the passage of the 1965 Voting Rights Act.

Key quotes: “Yes, we are on the move and no wave of racism can stop us. The burning of our churches will not deter us. The bombing of our homes will not dissuade us. The beating and killing of our clergymen and young people will not divert us.”

Read The Full Transcript of “Our God Is Marching On!”

I Have Been to the Mountaintop


Where: Memphis, Tennessee
When: April 3, 1968
Why it’s important: At this point, employment discrimination was outlawed by the Civil Rights Act of 1964. Even still, not everyone got the memo. Or they didn’t want to.

The Black sanitation workers of Memphis, exhausted from battling a stubborn city administration for improved employment conditions, called in the cavalry: Dr. King and the Southern Christian Leadership Conference.

“We’ve got some difficult days ahead,” King told an energized crowd in Memphis, Tennessee, where the city’s sanitation workers were striking. “But it really doesn’t matter with me now, because I’ve been to the mountaintop … I’ve seen the Promised Land. I may not get there with you. But I want you to know tonight, that we, as a people, will get to the Promised Land.”

Reflecting on his own mortality, King appeared to prophesize his death, as he was assassinated the following day. Though his speech was about so much more than King’s life and fate;

It was an emphatic call to action for economic justice in America, a call that continues to be relevant today.

(28:01) “Now let me say as I move to my conclusion that we’ve got to give ourselves to this struggle until the end. Nothing would be more tragic than to stop at this point in Memphis. We’ve got to see it through. And when we have our march, you need to be there. If it means leaving work, if it means leaving school, be there. Be concerned about your brother. You may not be on strike, but either we go up together or we go down together. Let us develop a kind of dangerous unselfishness.”

(42:03) “Like anybody, I would like to live a long life – longevity has its place. But I’m not concerned about that now. I just want to do God’s will.”