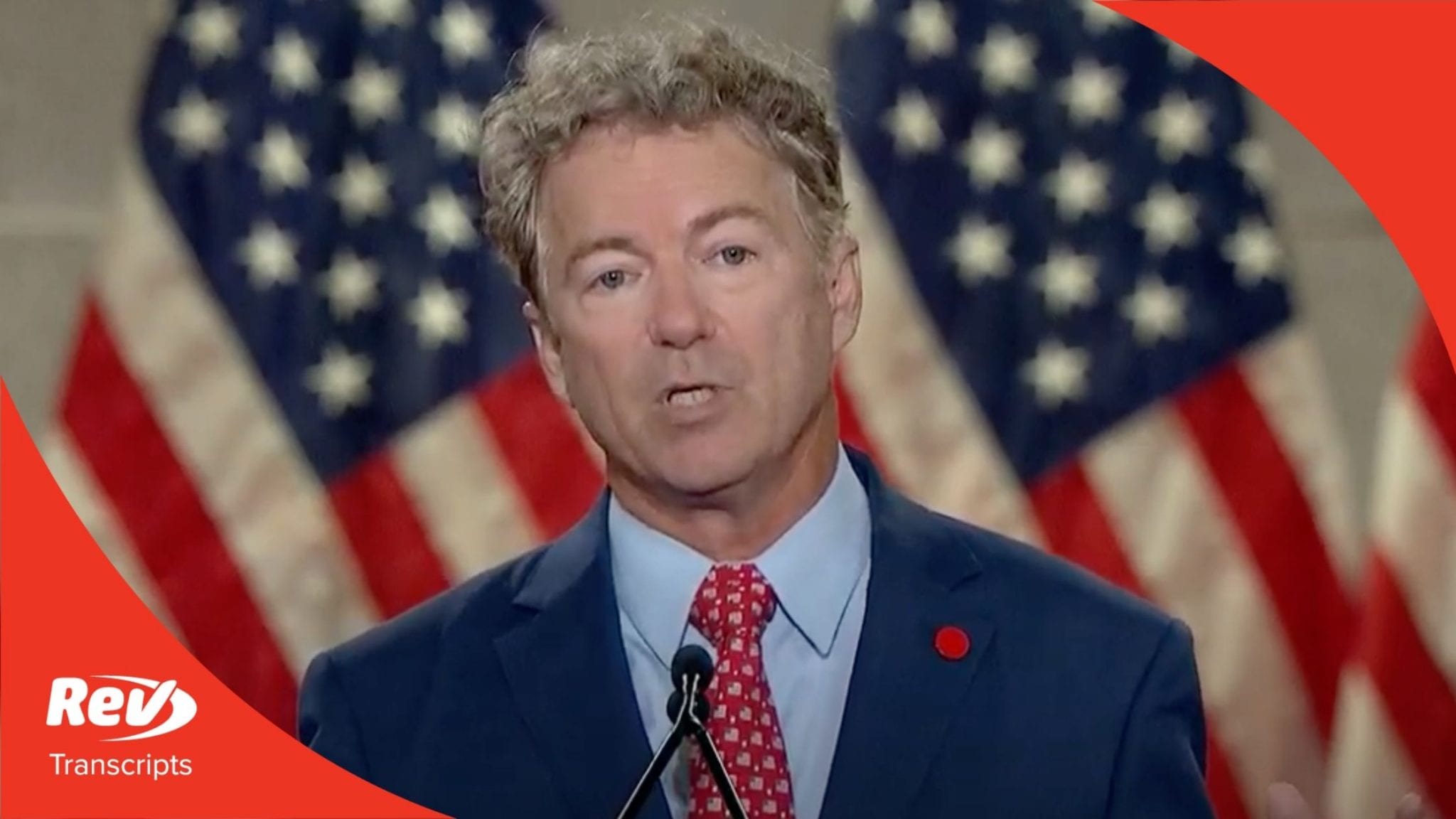 Rand Paul: (00:00)
Good evening, I’m Senator Rand Paul from Kentucky. Donald Trump and I met many years ago before he was running for anything. When I first met him, I recall being struck by how down to earth he was. He seemed like just a normal guy. Okay, a normal guy with his own plane and helicopter, but who’s counting. I was planning a medical mission trip to Guatemala to perform charity eye surgeries, and we needed money to fund the trip. Donald Trump offered to help and immediately came through for us. Not only did he support my medical mission to Guatemala, but he also contributed to another mission trip to Haiti a year later. We performed hundreds of cataract surgeries in both countries. Nothing is more amazing than removing the bandages from a person’s eyes and watching them as they see their loved ones again. Donald Trump helped me make that happen.

Rand Paul: (00:53)
A few years later, we were opponents both running for president, and we all know how that turned out, but I’m proud of the job Donald Trump has done as president. I don’t always agree with him, but our occasional policy differences are far outweighed by our significant agreements. But more important than simple agreement is accomplishment. President Trump gets things done. When some in Congress wanted a so-called revenue-neutral tax plan, Donald Trump and I worked together to make sure that it was a true tax cut. I brought President Trump an idea for better, less expensive health insurance called Association Health Plans. Donald Trump overturned years of red tape and bureaucrats and he made it happen. While others talked about criminal justice reform, President Trump actually signed the First Step Act, the first real reform in a generation and one that sought to undo the harm that others like Joe Biden have done. For those of us who lament the Biden crime bill that locked up a generation of young black men, remember that Biden bragged about a bill that still wreaks havoc among people of color.

Rand Paul: (02:11)
I’m supporting President Trump because he believes as I do, that a strong America cannot fight endless wars. We must not continue to leave our blood and treasure in Middle East quagmires. I flew with him to Dover Air Force Base to honor two soldiers whose remains were coming home from Afghanistan. I’ll never forget that evening. I can tell you the president not only felt the pain of these families, but that the president is committed to ending this war. President Trump is the first president in a generation to seek to end war rather than start one. He intends to end the war in Afghanistan. He is bringing our men and women home. Madison once wrote, “No nation can preserve its freedom in the midst of continuous warfare.” I’m proud to finally see a president who agrees with that.

Rand Paul: (03:06)
Compare President Trump with the disastrous record of Joe Biden, who’s consistently called for more war arm. Joe Biden voted for the Iraq War, which President Trump has long called the worst geopolitical mistake of our generation. I fear Biden will choose war again. He supported the war in Serbia, Syria, Libya. Joe Biden will continue to spill our blood and treasure. President Trump will bring our heroes home. If you hate war like I hate war, if you want us to quit sending $50 billion every year to Afghanistan to build their roads and bridges instead of building them here at home, you need to support President Trump for another term.