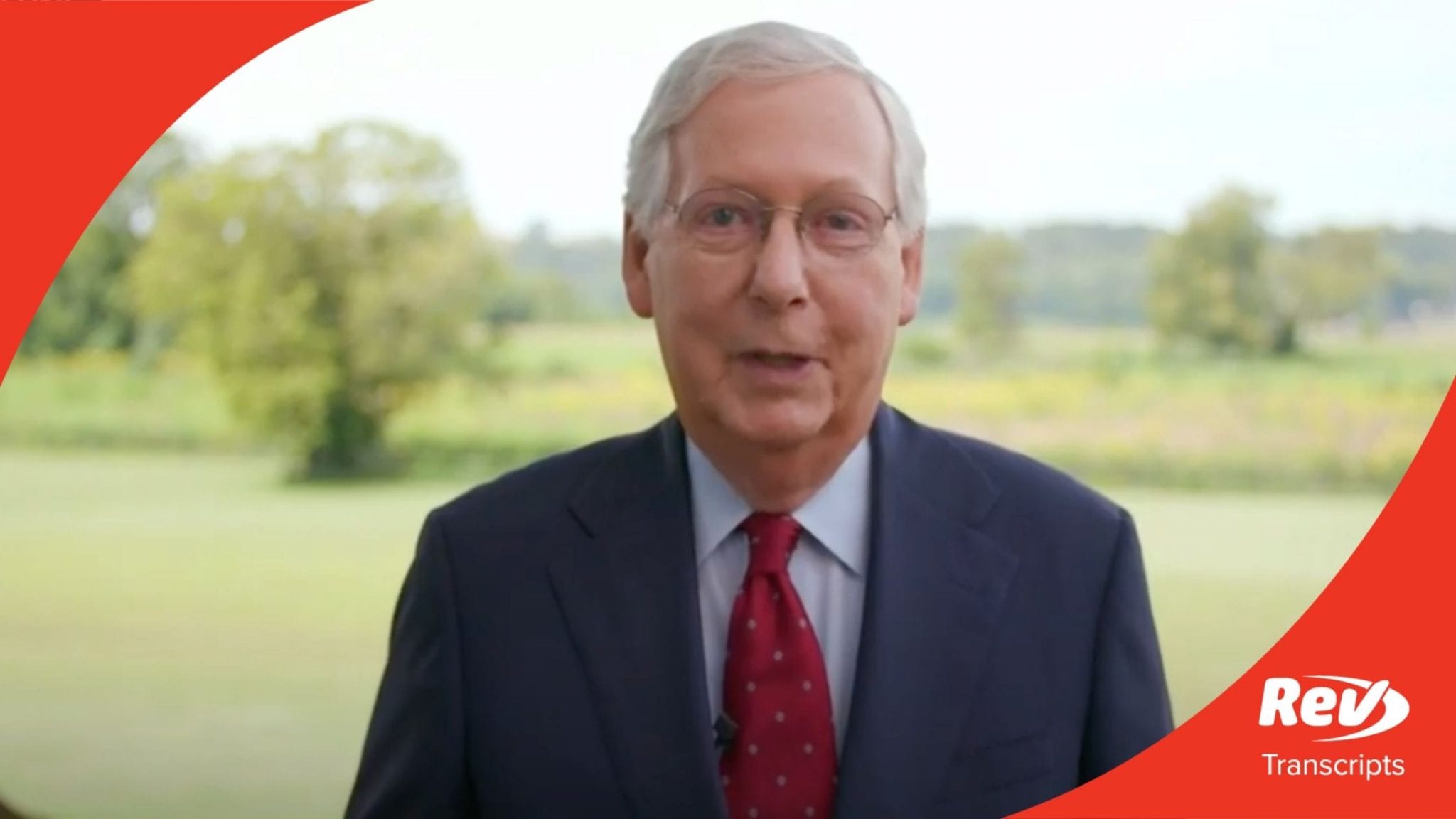 Mitch McConnell: (00:00)
Good evening. It’s an honor to come before you tonight from the Commonwealth of Kentucky. As the only leader in Washington, not from either New York or California, I consider it my responsibility to look out for middle America. This election is incredibly consequential for middle America. President Trump knows he inherited the first generation of Americans who couldn’t promise their children a better life than their own. He’s made it his mission, of this administration to change that I know because I work beside him every day. Today’s Democrat party doesn’t want to improve life for middle America. They prefer that all of us [inaudible 00:00:41] country, keep quiet and let them decide how we should live our lives. They want to tell you when you can go to work, when your kid can go to school. They want to tax your job out of existence and then send you a government check for unemployment. They want to tell you what kind of car you can drive, what sources of information are credible, and even how many hamburgers you can eat.

Mitch McConnell: (01:09)
They want to defund the police and take away your Second Amendment rights. They want free healthcare for illegal immigrants yet they offer no protection at all for unborn Americans. They want to pack the Supreme Court with liberals intent on eroding our constitutional rights. And they want to codify all this by making the swamp itself, Washington DC, America’s 51st state. With two more liberal senators, we cannot undo the damage they’ve done. Now, you understand why Democrats spent an entire week telling us about who Joe Biden is, not what he intends to do. I’m immensely proud of the work the Republican Senate has done, we are the firewall against Nancy Pelosi’s agenda. Like president Trump, we won’t be bullied by a liberal media intent on destroying America’s institutions. We will stand our posts on behalf of the millions of Americans whose stories aren’t told in today’s newspapers, whose struggles are just as real.

Mitch McConnell: (02:13)
We’ll continue to support American families as we defeat the Coronavirus and return our economy to the envy of the world. The stakes have never been higher, which is why I’m asking you to support Republican Senate candidates across the country and reelect my friend, President Donald Trump.