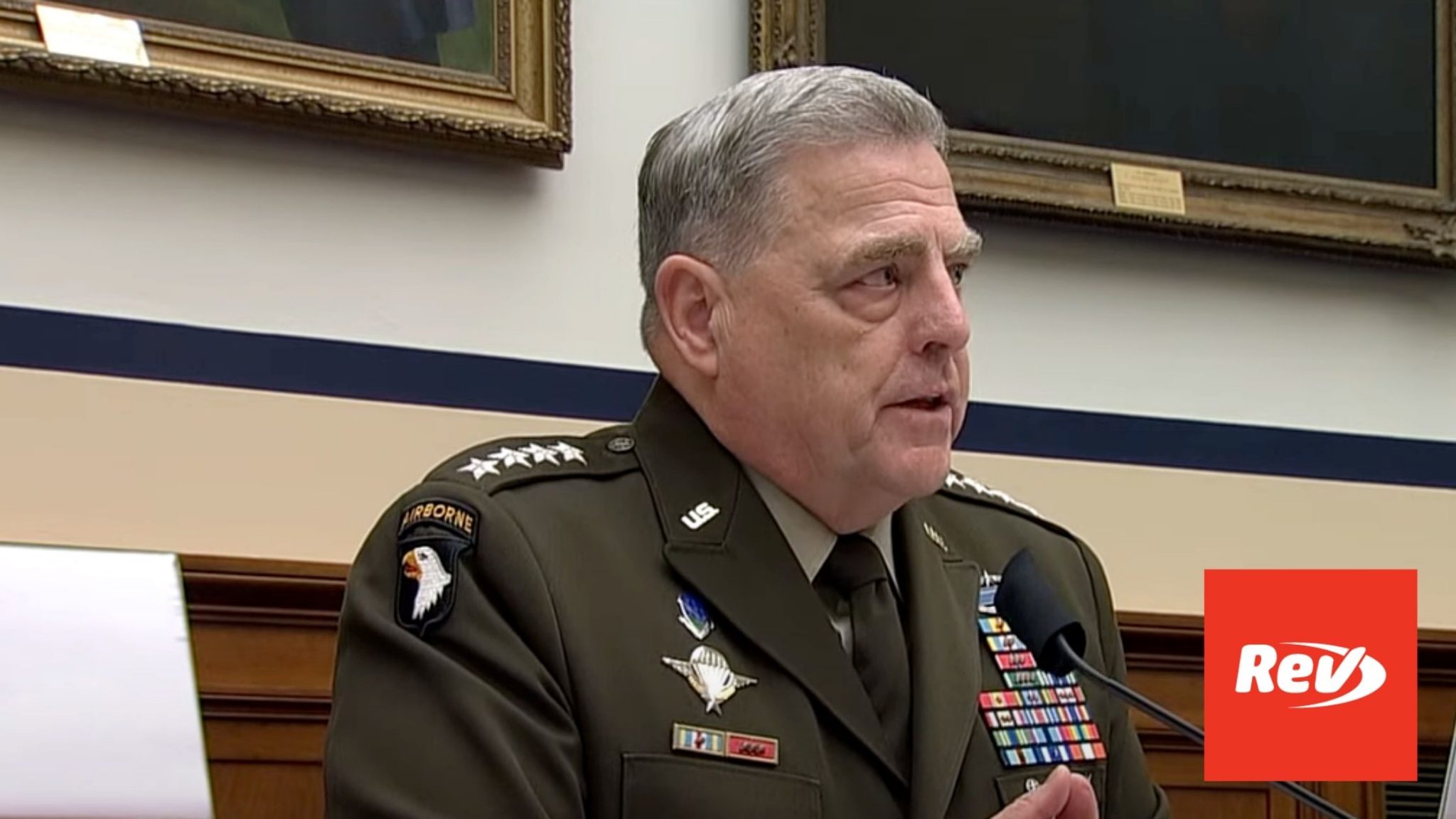 Joint Chiefs Chair Gen. Mark Milley and Secretary of Defense Lloyd Austin responded to questions from Rep. Matt Gaetz about Critical Race Theory in a congressional testimony on June 23, 2021. Read the transcript of their response and testimony here.

Secretary Austin: (00:05)
It was a decision made by his chain of command. And typically those decisions are made based upon either having confidence or a lack of confidence. This issue is under investigation by the IG. And so, I won’t comment any further on that.

Matt Gaetz: (00:23)
In my previous discussions with service members, and particularly officers, I would hear about complaints over parts, not arriving on time, long deployments. And in my more recent discussions with those officers, the number one issue that they raised to me with concern often unable to speak publicly for fear of the type of retribution that Lieutenant Colonel Lohmeyer faced, they say that your stand down regarding extremism did not help our military. It hurt the military. And I want to share with you that perspective that it caused service members to otherize one another. It impaired group cohesion. And interesting to me is that I’ve heard those sentiments most frequently from units that are majority minority, that this was not particularly helpful. So I wanted to give you the opportunity to maybe share with us more specificity regarding the definitions that seem to be a challenge when Ms. Hartzler was asking questions. How should the Department of Defense think about critical race theory?

Matt Gaetz: (01:38)
I’ve asked the question to the Secretary Austin.

Secretary Austin: (01:41)
I don’t know what the issue of critical race theory is and what the relevance here in the department. We do not teach critical race theory. We don’t embrace critical race theory. And I think that’s a spurious conversation. And so we are focused on extremist behaviors and not ideology, not people’s thoughts, not people’s political orientation. Behaviors is what we’re focused on. But in one final point, and thanks for your anecdotal input. But I would say that I have gotten 10 times that amount of input, 50 times that amount of input on the other side that have said, hey, we’re glad to have had the ability to have a conversation with ourselves and with our leadership, and that’s what we need-

Matt Gaetz: (03:02)
It is particularly helpful that you have said that the Department of Defense does not embrace critical race theory, and that you think the discussion is not appropriate. I would suggest that it is the ideology that is not appropriate. And it is particularly concerning to me that you have hired a critical race theorist to give you advice on personnel matters. And that person is Bishop Garrison. And I would particularly observe that on July 27th, 2019, Bishop Garrison tweeted regarding former President Trump, “He’s dragging a lot of bad actors out into the sunlight, normalizing their actions.” And here’s the relevant part. “If you support the president, you support that. There is no room for nuance in this. There is no more, but I’m not like that talk.” And then he replies to his own tweet with what seems to be a very ethno nationalist hashtag, #black44. Could you enlighten us as to what advice Mr. Garrison has given you? And are you concerned that while you testify publicly to our committee, that the department doesn’t embrace critical race theory, you have hired someone who is precisely a critical race theorist?

Secretary Austin: (04:14)
This is the first I’ve ever heard Mr. Garrison be described as a critical race theorist. So this is new and I’m sure-

Secretary Austin: (04:30)
I did not personally review his tweets.

Matt Gaetz: (04:32)
I would just ask that maybe that’d be helpful. Is there anything you can share in just these final seconds regarding any advice he’s given you?

Secretary Austin: (04:39)
Let me just share one other thing that you brought up, congressmen about the input that comes to me. You know, I trust my leadership from top to bottom that they will give me fair and balanced and unvarnished input. And for you to say that people are telling me what I want to hear, I get it, but I’m smart enough that-

Secretary Austin: (05:02)
Yeah. You know, maybe they’re telling you what you want to hear.

Ms. Houlahan: (05:13)
… Mr. Chair, and thank you gentlemen, for joining us today. I know my time is very precious, but I would like to yield some of my time to General Milley, because I know that he had some comments that he wanted to make when Representative Gaetz was talking, as well as Mr. Waltz, about a similar subject of the stand down and race theory. Would you like a minute or so to comment on that? Do you remember what your line of questioning, your thought was there?

General Milley: (05:37)
Sure. First of all, on the issue of critical race theory, et cetera, I’ll obviously have to get much smarter on whatever the theory is, but I do think it’s important actually for those of us in uniform to be open-minded and be widely read. And the United States Military Academy is university and it is important that we train and we understand. And I want to understand white rage and I’m white, and I want to understand it. So what is it that cause thousands of people to assault this building and try to overturn the constitution of the United States of America? What caused that? I want to find that out. I want to maintain an open mind here, and I do want to analyze it. It’s important that we understand that because our soldiers, sailors, airmen, Marines, and guardians, they come from the American people. So it is important that the leaders now and in the future do understand it.

General Milley: (06:33)
I’ve read Karl Marx. I’ve read Lenin. That doesn’t make me a communist. So what is wrong with understanding, having some situational understanding about the country for which we are here to defend? And I personally find it offensive that we are accusing the United States military, our general officers, our commissioned, non-commissioned office rs of being quote woke or something else because we’re studying some theories that are out there. That was started at Harvard Law School years ago. And it proposed that there were laws in the United States, antebellum laws prior to the Civil War that led to a power differential with African-Americans that were three quarters of a human being when this country was formed. And then we had a Civil War and Emancipation Proclamation to change it. And we brought it up to the Civil Rights Act of 1964. It took another a hundred years to change that.

General Milley: (07:19)
So look, I do want to know, and I respect your service. And you and I are both Green Berets, but I want to know, and it matters to our military and the discipline and cohesion of this military. And I thank you for the opportunity to make a comment on that.