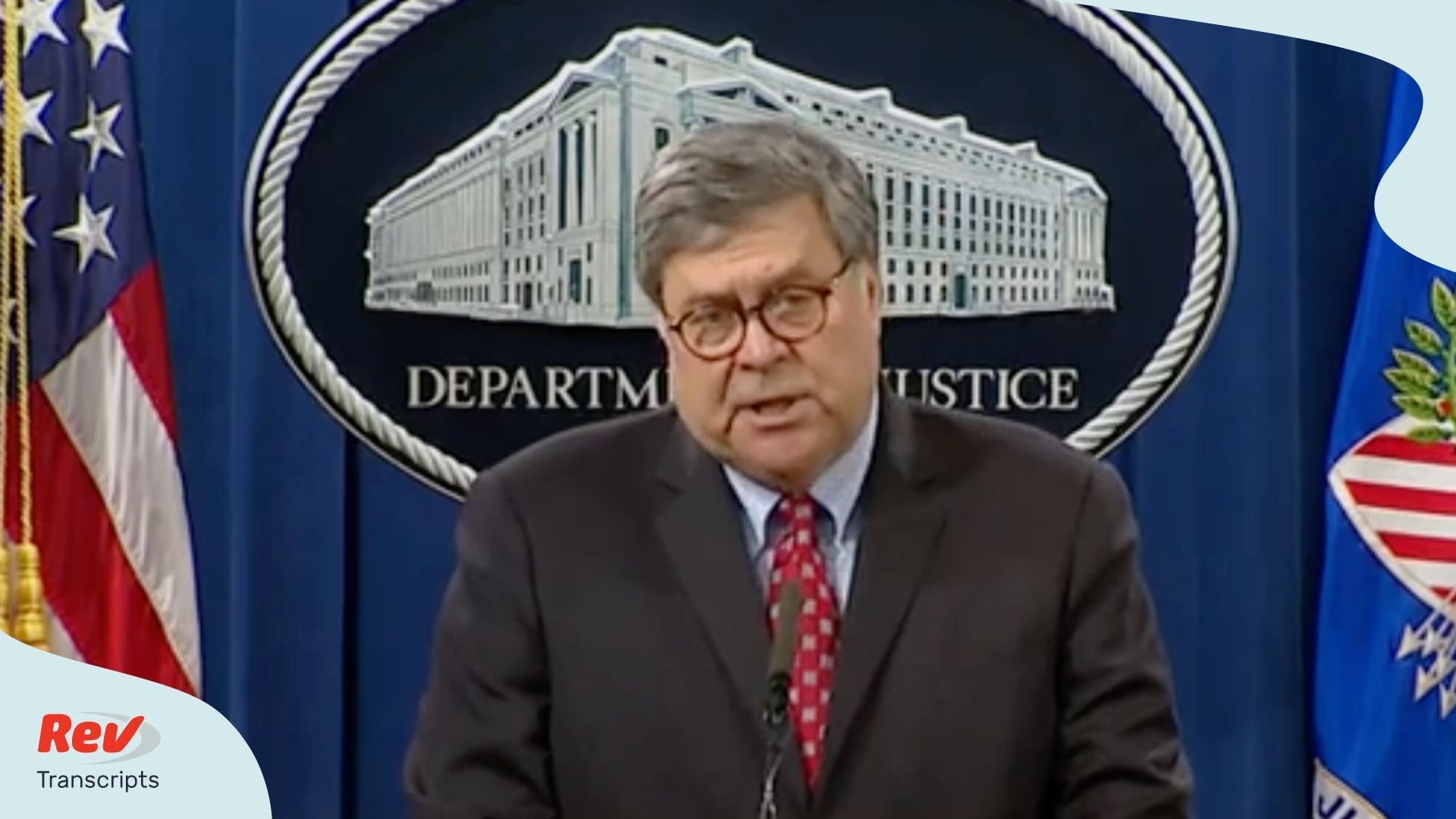 William Barr: (00:00)
… national community about what happened to George Floyd in Minneapolis is real and legitimate. Accountability for his death must be addressed and is being addressed through the regular process of our criminal justice system, both at the state and at the federal level. That system is working and moving at exceptional speed. Already, initial charges have been filed by the state. That process continues to move forward and justice will be served.

William Barr: (00:38)
Unfortunately, with the rioting that is occurring in many of our cities around the country, the voices of peaceful protest are being hijacked by violent, radical elements. Groups of outside radicals and agitators are exploiting the situation to pursue their own separate and violent agenda. In many places, it appears the violence is planned, organized, and driven by anarchic and left extremist groups, far left extremist groups, using Antifa-like tactics, many of whom travel from outside the state to promote the violence.

William Barr: (01:25)
We must have law and order on our streets and in our communities. And it is the responsibility of the local and state leadership in the first instance to halt this violence. The Department of Justice, including the FBI, the U.S. marshals, the ATF, the DEA, and our 93 United States U.S. attorneys’ offices around the country are supporting these local efforts, will continue to support them, and take all action necessary to enforce federal law. In that regard, it is a federal crime to cross state lines or to use interstate facilities to incite or participate in violent rioting, and we will enforce those laws. Thank you.