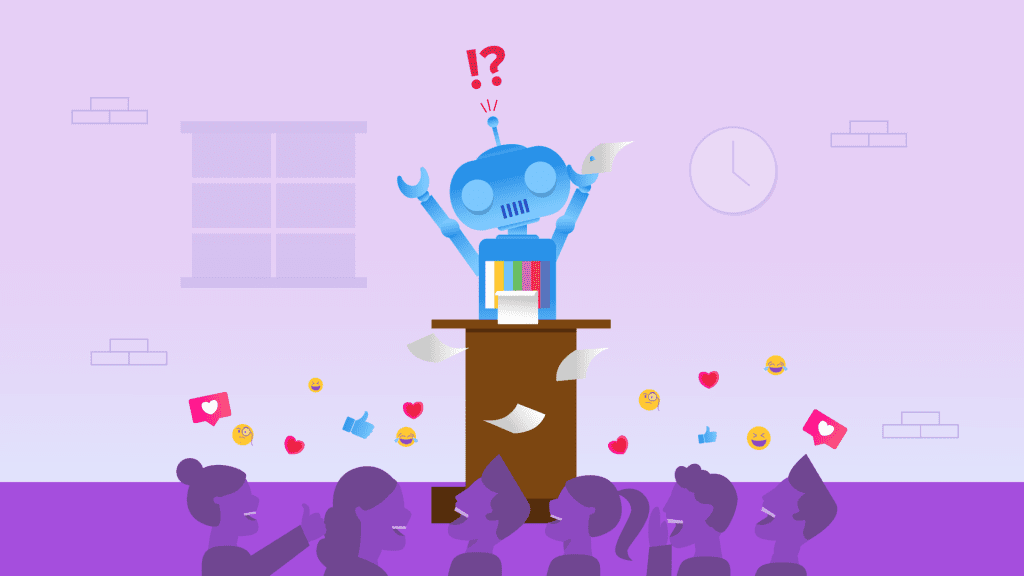 Because sometimes it feels good to point and laugh at the robots.

Robots. They’re driving cars. They’re performing surgeries. They’re feeding us plump tomatoes while we run. Whether you love a sun-ripened Roma plopped in your maw while you jog or not, they’re pretty good at making life better for us.

But that doesn’t mean they’re without blemish. Check up on your bot counterparts every now and then, and you’ll see they’re flawed, too. Just like us.

Even the crème de la crème, mystifyingly accurate robots like, say, Rev’s speech engine have been known to tomayto-tomahto the ol’ English language.

Now, we know what you’re asking.

“Does that mean THE Rev speech engine is flawed?! Isn’t that the speech engine that beat Google, Amazon, and Microsoft in accuracy?” you ask. “The one that’s trusted by over 170,000 customers, has a stunning editor, and delivers quality at sound barrier-breaking speeds?!”

Yes, even the most seemingly perfect bots among us let out the occasional bleep instead of bloop and bloop instead of bleep. That includes you, Temi.

I love @usetemi for it’s easy of use and price, and also its occasional fridge magnet poetics: “Oh my God speaks French, Lingala, and cucumber salad, and cucumber.”

And on this new stage of mechanical fridge-magnet poets, there’s no need to throw a big, juicy beefsteak just yet. After all, we’re all learning here. Clearly.

The audio transcription service that @shoeleatherkate recommended randomly inserted the word “queen” at the end of this interview.

So in that spirit, we’re here to rally you, queens, in an inspired call to action, driven by only the purest desire to giggle.

How can you join in on this virtual pointing-and-laughing? We’re so glad you asked: