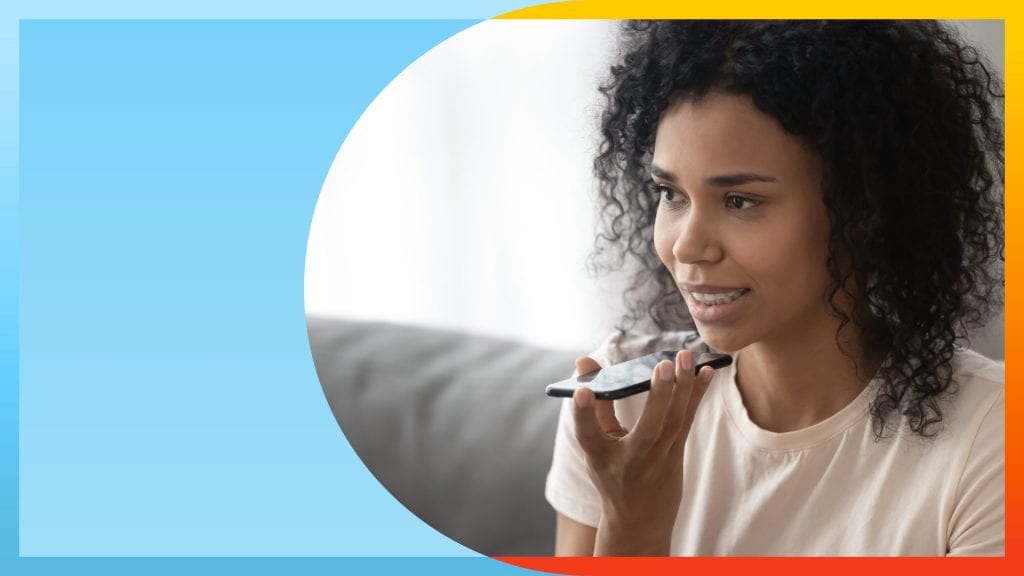 Is it okay to record this phone call?

From a legal standpoint, the most important question when recording calls is consent. As a general rule of thumb, it’s polite to make sure that all parties involved in a conversation are aware that it’s being recorded. However, in some states, only one person is required to know by law.

Unsure about your call recording rights? Here’s what you need to know about recording laws by state:

It’s okay to record conversations that take place in person or over the phone. In most states, only one party needs to give consent for recording. Eleven states require two-party consent. In other words, everyone involved in a conversation must agree to be recorded. Those states are, California, Delaware, Florida, Illinois, Maryland, Massachusetts, Montana, Nevada, New Hampshire, Pennsylvania and Washington.

Federal and state laws that govern the recording of conversations aren’t always easy to understand. So, we’re here to help clear up any confusion you might have about your rights when it comes to recording conversations.

According to Wisconsin-based law firm Matthiesen Wickert & Lehrer, 38 states and the District of Columbia allow what’s known as “one-party consent” for recorded conversations, either in person or over the phone, while 11 states require “two-party consent.” Those 11 states are California, Delaware, Florida, Illinois, Maryland, Massachusetts, Montana, Nevada, New Hampshire, Pennsylvania and Washington.

Although the laws in those 11 states are sometimes called two-party laws, they actually mandate that all parties must give their permission before a conversation can be recorded.

In Vermont, state legislators haven’t enacted a consent law for recording conversations. Therefore, Vermont would be treated as a one-party state based on federal law.

Federal law requires one-party consent, enabling you to record a conversation in person or over the phone, but only if you are participating in the conversation. If you are not part of the conversation but you are recording it, then you are engaging in illegal eavesdropping or wiretapping.

Adding to the patchwork quilt of recording laws is that in some states, consent kicks in only when those involved in a conversation have a “reasonable expectation of privacy,” according to legal website Justia.com. In other words, you expect privacy if, say, you’re inside your home and not in a public place like a coffee shop.

Moreover, how the consent is given isn’t the same everywhere. Some states require consent to be explicitly stated, Justia.com says, whereas other states are OK with consent only being implied.

State laws get even stickier when you dive into the details.

In Maryland, all parties must consent to recording conversations, whether in person or over the phone, Justia.com says, yet courts there have ruled that consent is restricted to cases when there’s a “reasonable expectation of privacy.”

Given the inconsistencies among state and federal laws, Justia.com recommends following the strictest law that applies to recording a conversation or getting permission from each party to record a conversation.

“A good rule of thumb is that the law of the jurisdiction in which the recording device is located will apply,” Matthiesen Wickert & Lehrer says.

However, it can be difficult to determine whether federal or state laws govern a recorded phone conversation, according to Matthiesen Wickert & Lehrer, and whether, in the example above, the recording law in New Jersey or Pennsylvania prevails. Therefore, it’s wise to heed the common advice and follow the toughest recording law or obtain consent from every participant in the call (or both).

“It is generally legal to record a conversation where all the parties to it consent,” Matthiesen Wickert & Lehrer says.

If participants in a phone conversation are in different states, then the odds of federal law applying to the situation go up, according to Matthiesen Wickert & Lehrer.

“However, when you and the person you are recording are both located in the same state, then you can rely with greater certainty on the law of that state,” the Digital Media Law Project says. “In some states, this will mean that you can record with the consent of one party to the communication. In others, you will still need to get everyone’s consent.”

OK, so what are the consequences if you break one of these laws, no matter whether it involves one-party or two-party consent?

If you’re ever in great doubt about the legality of recording a conversation, err on the side of caution and don’t record it. And if recording conversations is part of your everyday work, then it might be a good idea to consult an attorney to make sure you’re following federal and state consent laws.

So, now that you’ve got things squared away (mostly) regarding consent laws, let’s go over some etiquette tips for recording conversations. Aside from checking your state’s laws on consent and alerting all parties involved that you’re recording a conversation, here are seven etiquette recommendations.

1. Be open and honest

In some states, you might be breaking the law if you’re recording secretly, even in a public place, according to the Digital Media Law Project.

“Whenever possible, make it clear to those around you that you are recording. Don’t hide your camera or tape recorder,” the project advises. “Being upfront puts people on notice that they are being recorded, affords them an opportunity to object and undercuts any argument that you are acting secretly.”

One of the worst things that can happen when you’re listening to a recorded conversation is that you’re not able to understand some or all of what was said. Therefore, you and everyone else engaged in the conversation should speak clearly. If you have to remind someone to speak clearly, then do so — politely.

So, maybe you skipped lunch to hop on a phone call that’s being recorded. That doesn’t give you permission to noisily chomp on your PB&J sandwich and carrot sticks during the conversation. Wait till after the call to eat your lunch.

Another tip: Don’t chew gum during the conversation. It’s rude and distracting (and no one wants to hear it again on the recording).

If you’re chatting on the phone, especially during a conference call, everybody should identify himself or herself at the outset.

Again, if you’re on a phone call, be mindful of how you’re coming across. Your tone of voice can convey many messages — some of them not so positive.

“Do not sound overly anxious, aggressive or pushy,” AdvancedEtiquette.com suggests.

In the case of a recorded phone call, focus on the conversation and avoid multitasking. For example, AdvancedEtiquette.com suggests steering clear of distractions such as your computer, your paperwork or your coworkers.

Which Conversations Should Be Recorded?

Now that you’re up to speed on etiquette, what types of conversations should you be recording? Here are four examples.

If you’re a writer, it’s often wise to record interviews you’re conducting. This way, you can review the recording or transcript to double-check information or flesh out quotes if you were simultaneously taking notes.

Whatever line of business you’re in, it might make sense to record a meeting with a client. Afterward, you can listen to the recording or read the transcript to refresh your memory about key points that were brought up. This can also provide confirmation that you’re following their directions, if they later claim that they wanted a different service or product from what you provided based on the phone meeting.

In some cases, you might need an official record of business that was conducted during a conference call, especially if any formal votes were taken. If there’s any doubt about what happened during the call, you can go back to the recording or transcript for verification.

During a long lecture at school, you might miss some of the most vital parts when you’re writing them down, especially if your hand gets cramped. Recording the lecture and listening to it later or poring over a transcript can help you recover information that’s not in your written notes.

Once you’ve recorded a conversation, how do you transcribe it?

Well, you can do it the old-fashioned way by listening to the recording and then writing down or typing the conversation verbatim. That’s very tedious and time-consuming.

However, a number of digital tools are available to help speed up audio transcription. We recommend you give the Rev Call Recorder app a try. The app allows you to capture important phone conversations — at no charge — and then have the call transcribed for just $1.25 per audio minute.

How to Run a Virtual Film Festival Online

How to Record Video Case Study Interviews with Zoom