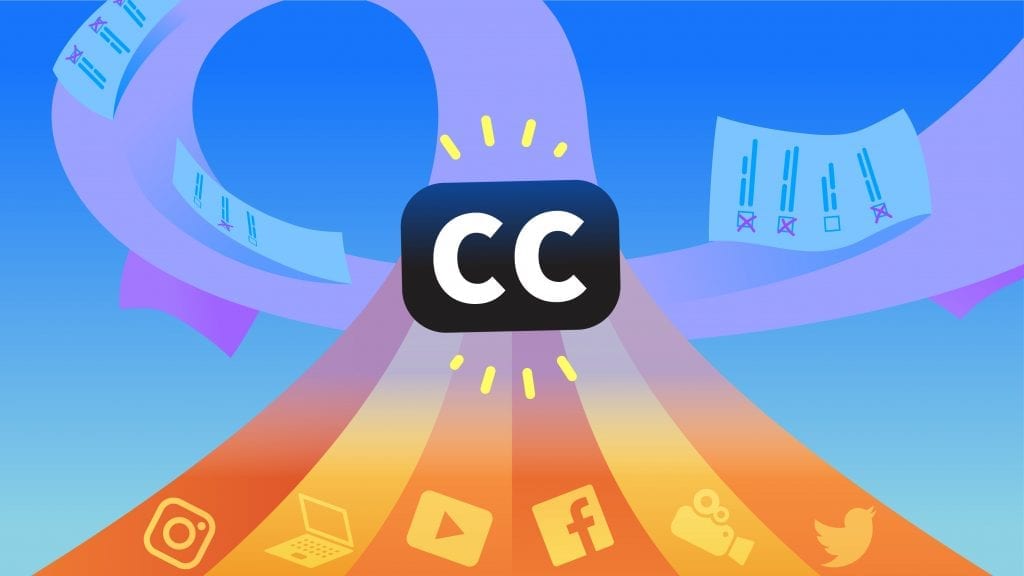 Closed captioning is an essential way for over 6% of people worldwide to experience sound. These 466 million people, comprised of the deaf and hard-of-hearing, rely on captions. Captions articulate sounds like dialogue, background noise, music, and other non-speech elements. With the help of captions, millions of people with hearing disabilities can watch education, entertainment, and news content.

Captioning in the United States is required for TV, movies, online media, and VOD services.

What Is Closed Captioning?

Let’s unpack the key differences for closed captioning, open captioning, and subtitles. Subtitles are used for translating dialogue and spoken audio from another language. Unlike captioning, subtitles don’t articulate extra sounds like background noises. So, subtitles are for audiences who can hear but don’t understand the on-screen language.

We covered the importance of captioning, but let’s take a look at the importance of its guidelines. Guidelines published by the DCMP, FCC, and WCAG provide principles for successful captioning. By following these standards, you’ll make sure your captions meet the requirements. Don’t worry if this all seems daunting, we outline the key takeaways for each of the organizations below.

The DCMP is completely funded by the Department of Education. Its “elements of quality captioning” include accuracy, consistency, clarity, readability, and equal access. These elements are also referenced in mandates by the FCC in 2014. The guidelines listed appear in the Captioning Key, published by the DCMP.

Since the DCMP sources elements from the FCC’s 2014 mandate, they share similar models. The FCC’s closed captioning guidelines have adapted with the times. The 21st Century Communications and Video Accessibility ACT expanded them for online content. Programs that appear on TV in the U.S., even if dissected into “video clips,” must supplement captions. The FCC’s website lists the following standards.

Since 2013, ADA-related Title III lawsuits surged 182%. Non-government entities aren’t subject to WCAG guidelines. That said, eCommerce websites should err on the side of caution. Target faced a lawsuit in 2008 because its website was not ADA compliant.

The WCAG guidelines exist as three versions: WCAG 1.0, WCAG, 2.0, and WCAG 2.1. The U.S. Access Board updated its standards in 2017 for online captioning. It’s detailed in Section 508 of the Rehabilitation Act, which is reflected in WCAG 2.0. Keep in mind, WCAG 2.1 is backwards compatible. If you use the newest set of guidelines, you won’t need to also check the previous versions. The guidelines have three levels of compliance. They include A, AA, and AAA. More information for WCAG practices can be found on the World Wide Web Consortium (W3C).

Various forms of media must yield to the different guidelines. These formats include live TV, movies, and VOD services like Netflix and YouTube.

Captions for live broadcasts like news programs briefly trail behind the action on the screen. The FCC acknowledges the reality for the delay. Stenographers type in real-time to ensure simulated audio for the deaf and hard of hearing. Under the WCAG 2.0 “Success Criterion” 1.2.4 Captions (Live), any content that’s broadcast live on TV must produce captions. The FCC mimes these sentiments while also including near-live programming.

Yet, online web apps are not required to create captions. The FCC notes “responsibility for providing captions would fall to the content providers.” For clips of live programming online, the FCC allows a delay of 12 hours after initially appearing on TV.

The FCC requires movies that appear on television to include captions. Captions aren’t mandatory for movies online that haven’t appeared on TV. If you go to your local movie theater, chances are you haven’t encountered captions on the big screen. That’s because there are no regulations that compel captioning for first-run cinema. The DCMP lists systems for captioning movies and theaters that offer captions.

Presentation rates for adults and children differ with DCMP requirements. Cultural movies for adults “should be captioned at a near-constant rate.” But, captioning should appear on the screen for at least two seconds and not go beyond 225 wpm. The DCMP advises that the captioning speed for children’s cultural films should occur “at a rate of 150 wpm.”

VOD services like Amazon Video, Hulu, and YouTube are subject to captioning law. Like television, streaming services must provide closed captions for licensed and original content. On its website, regarding WCAG 2.0 and closed captioning, W3C states media outlets should include closed captioning. Some precedents have been set by class-action lawsuits instead of recommended guidelines.

The Rise of Netflix Captioning

The National Association of the Deaf sued Netflix back in 2011 for “failing to provide adequate closed captioning.”  This, in turn, violated the ADA. Since then, Netflix furnishes captions in over 20 languages. Following its lawsuit, Netflix’s captioning services now embrace a higher quality of standards. Now, Netflix utilizes a detailed style guide that is strictly followed. Recently Netflix violated DCMP guidelines when it censored its Queer Eye series. Netflix has since noted and corrected its mistake and conforming with ADA policies.

Over 72 hours of content uploads to YouTube per minute. YouTube has two ways you can caption your videos. First, you can manually create your captions. To do so, access your video and navigate to the Advanced tab. From there you can either decide to write your captions on a timeline or upload a completed version. The second way is much easier of the two but less effective. You can enable automatic captioning which YouTube generates with voice recognition technology. Due to YouTube’s low accuracy rate, you’ll most likely fall behind the required WCAG 2.0 AA standards. Its low accuracy changes the meaning of onscreen content which violates DCMP guidelines.

Amazon ensured its entire Prime Video library was completely captioned by 2015. Currently, its new original content offers captioning at launch. The company works with studios to provide audio descriptions with content they receive. In all, Amazon adheres to WCAG 2.0 guidelines and AA compliance quality.

Captions are customizable with Hulu. You’re able to resize the captioning text along with modifying the color and font style. Hulu offers models like its Netflix-like standard service and Hulu + Live TV option. Since Hulu Live TV broadcasts live content, it must also issue closed captions as observed by the FCC. This content also includes news and sporting events.

It’s important for the millions of hearing disabled to have equal access to content. By complying with ADA standards, we’re able to help a growing populace that relies on captions. VOD services are increasing in popularity over traditional TV providers. As they continue to grow, so will their responsibility for accurate captions.

The History of Closed Captioning: The Analog Era to Today

3 Tips for Prioritizing Which Videos to Caption