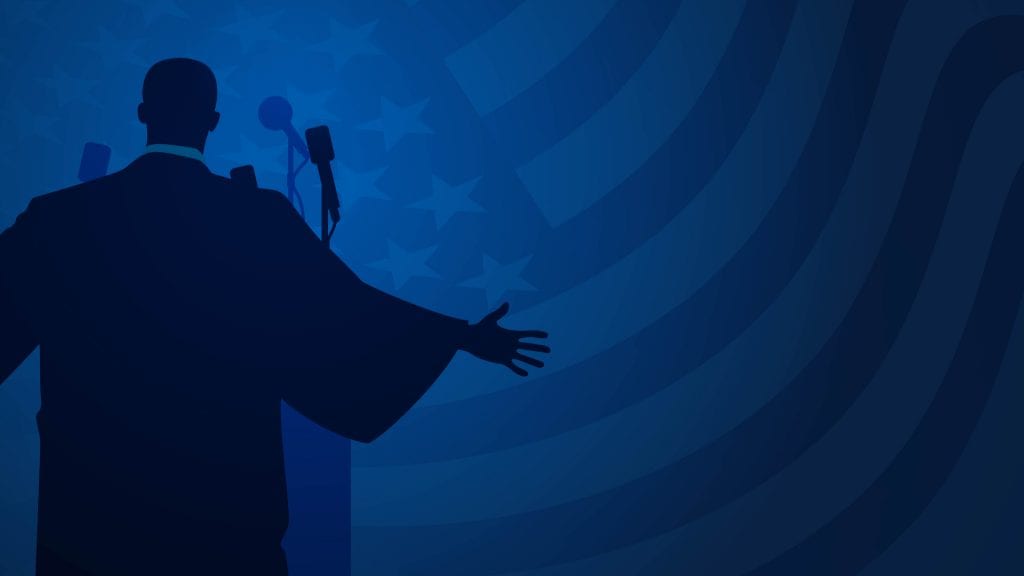 To celebrate this national holiday and reflect on the words given by many great leaders in American History, we’ve compiled a list of several meaningful Fourth of July speech transcripts.

There’s more on our minds, this Fourth of July, than fireworks and cookouts.

In light of more social distancing measures being enacted nationwide, our gatherings this year bear the brunt of isolation. With ongoing protests and civil unrest, this national holiday — one so often steeped in engagement and community — stands to be one of quiet contemplation.

The day we celebrate our nation’s independence is a complicated one. And, not everyone observes the day in the same way. Cities may light up the night skies in remembrance of the signing of the Declaration of Independence, but we must also acknowledge the work that started well afterward and continues to this day to ensure that there is truly liberty and justice for all.

And, many of the leaders in American history have recognized the hard road ahead to creating a better future for every citizen. Many wars have been fought, and many brave men and women have lost their lives defending this great country. All the while, those at home have fought and continue to fight for equality, freedom, and their own pursuit of happiness.

So, whether you’re going to host a virtual watch party for the new Hamilton musical, go all-out with a backyard cookout (replete with plenty of masks and hand sanitizer), or just spend quality time with your family, take a moment to meditate on the words spoken by some of our nation’s greatest leaders in these famous July 4th speeches.

Frederick Douglass delivered “What to the Slave is the 4th of July?” on July 5, 1852 in Corinthian Hall in Rochester, New York.

Are the great principles of political freedom and of natural justice embodied in that Declaration of Independence extended to us?

For 186 years this doctrine of national independence has shaken the globe—and it remains the most powerful force anywhere in the world today.

First, we must begin with a world perspective, for we will not be able to realize the American Dream until we work to realize a world dream. A world dream for peace, and brotherhood, and goodwill.

On July 4, 1986, aboard the USS John F. Kennedy, President Ronald Reagan delivered this speech in New York Harbor for Liberty Weekend. The celebration was the 100th anniversary of France giving the Statue of Liberty to the United States, which had just been restored and revealed that week.

All through our history, our Presidents and leaders have spoken of national unity and warned us that the real obstacle to moving forward the boundaries of freedom, the only permanent danger to the hope that is America, comes from within.

President Barack Obama delivered this speech to members of the U.S. military at the White House on July 4, 2014.

Those early patriots may have come from different backgrounds and different walks of life, but they were united by a belief in a simple truth: that we are all created equal, that we are all endowed by our Creator with certain inalienable rights, that among these rights are life, liberty, and the pursuit of happiness.

What’s the Difference Between Primary and Secondary Research?

What is a Ground-Truth Transcript?