How to Write Documentary Treatments With Transcription (+ FREE Template) 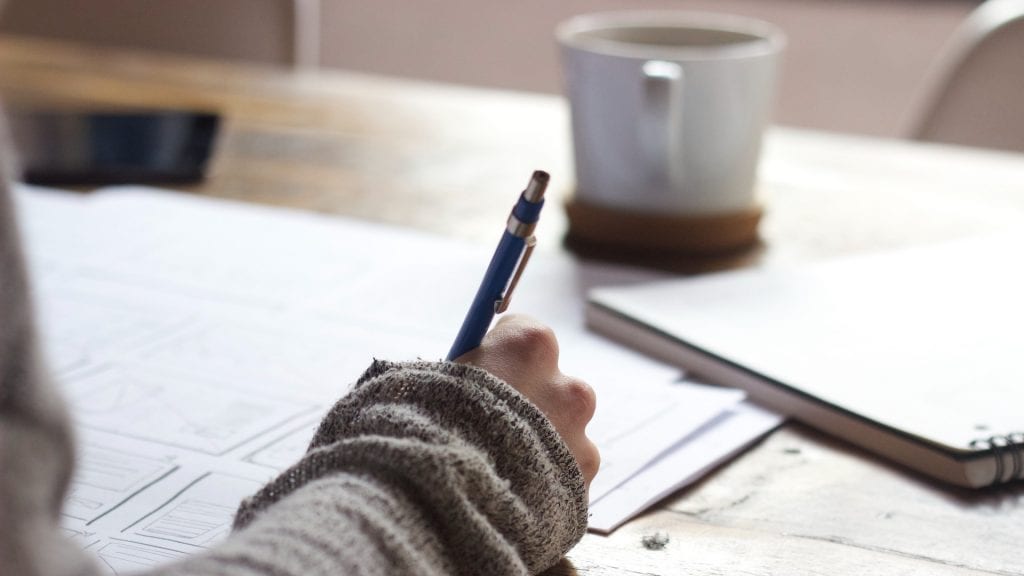 A feature film takes shape based on a script. Actors occasionally improvise scenes and add in extra dialogue, but for the most part, films don’t change once they’re in production. Documentaries, on the other hand, are filmed in real-time and are more likely to evolve over time. For example, the 2007 documentary My Kid Could Paint That started out as an exploration of modern art created by a four-year-old. It evolved into an investigation into whether or not the toddler was the artist behind them.

This natural transformation makes it hard to write comprehensive documentary treatments from start to finish. The story you intended to tell on Day One becomes different from the one told at the end of filming. The good news is transcription can help you manage writing your documentary treatment.

What is a documentary treatment?

Documentary treatments are between two and ten pages and help you summarize the essentials of your project: the budget, the topic, who’s involved, where filming takes place, and more. It’s meant to give investors, collaborators, and others a window into your perspective. External stakeholders will be more willing to invest or support your project in whatever way you need.

Treatments also help you plan your documentary as it moves from idea to reality. Your documentary treatment is essentially a roadmap for how your project will develop from start to finish.

What’s in a documentary treatment:

There are four main parts every treatment must include:

When you combine these four elements, you’re able to introduce the intended story and get investors, crew, and participants excited about the documentary’s development. Well-written documentary treatments give these people a reason to get involved.

You can add more sections based on who you plan to share the treatment with. For example, include a distribution plan if you’re presenting to investors.

How a treatment helps your documentary

Use your documentary treatment as a tool to help manage the production process as the story evolves.

With documentary treatments, you can:

Without a treatment, it’s harder to plan as your documentary progresses. A documentary outline explains the story you’re telling, but it’s only a starting point. A treatment lets you determine which scenes you’ll need to shoot, set goals for each interview, create a compelling story, highlight how the documentary caters to audience interests, and much more.

Your treatment helps you bring all of these ideas together to create a roadmap that tells you what needs to be done, by who, and when.

Think of transcription as a virtual note-taker. Use transcription throughout production to help you write your initial treatment and to update it as needed. For example, conversations with interviewees and collaborators can be tracked accurately so you don’t have to rely on memory or incomplete notes. Plus, transcription makes it easier to quickly search for specific quotes or comments vs. listening to recorded audio to find what you need.

Documentary production can be broken into three main parts: early, mid, and end stages. Transcription plays a unique role during each stage of production.

During the early days of your documentary, you’re focused on development, pre-production, and production tasks. Most of your time is spent discussing and planning the direction of the project. Use transcription to track these conversations. For example, record your meetings when you and your production manager talk about which subjects will be filmed each day.

When you record your meeting you won’t have to worry about writing down every detail. With Rev, a transcription for 30 minutes of audio is ready in just twelve hours. You can read the final transcript to create an initial production schedule and list the responsibilities of internal stakeholders. Your production team, camera person, set designers, video editors, and more will be clear on what’s needed from them and when.

The information you transcribe during this phase can be used as part of the treatment body.

Once principal photography is underway, run focus groups to gauge initial audience response. Their responses and feedback inform how you move forward and may require you to modify the direction of your documentary. Let’s say you’re filming a documentary about inefficiencies in global food distribution. You might find that your audience is drawn to a segment about food production inputs that increase supply. To accommodate audience interest, you might decide to spend more time exploring this topic.

When you update your documentary treatment, use the transcription from focus groups to:

For an extra $0.25 per audio minute, you can get a transcript with words synced to audio. Timestamps make it easier for you to go back and review when specific insights and comments were shared.

When filming wraps, but before post-production, you might have to revisit some of the conversations you had with subjects early in the process. For example, if the direction of your documentary changes, you might have more questions for an expert you interviewed.

Use Rev’s Voice Recorder App to record ad hoc interviews. The app is free to download and uses the audio feature from your smartphone to record interviews. You can submit a transcription request through the app and receive the transcript within twelve hours. Anyone on your team can use the app and make edits before sharing the recording with your production manager.

Once you have the final transcript, use it to create a script for the narrator to recite during a voice over. Since filming has wrapped, transcription allows you to incorporate new information into your documentary and add updates to your treatment.

Transcription relieves the pressure of having to update your treatment. Simply record conversations and transcribe them for as little as $1.25 per minute to receive quality transcriptions. As your documentary evolves, you’re able to manage the process more efficiently. Transcription services work with you and are flexible enough to cater to your changing needs.

Fill out the form below to instantly download a free documentary treatment template Word doc.