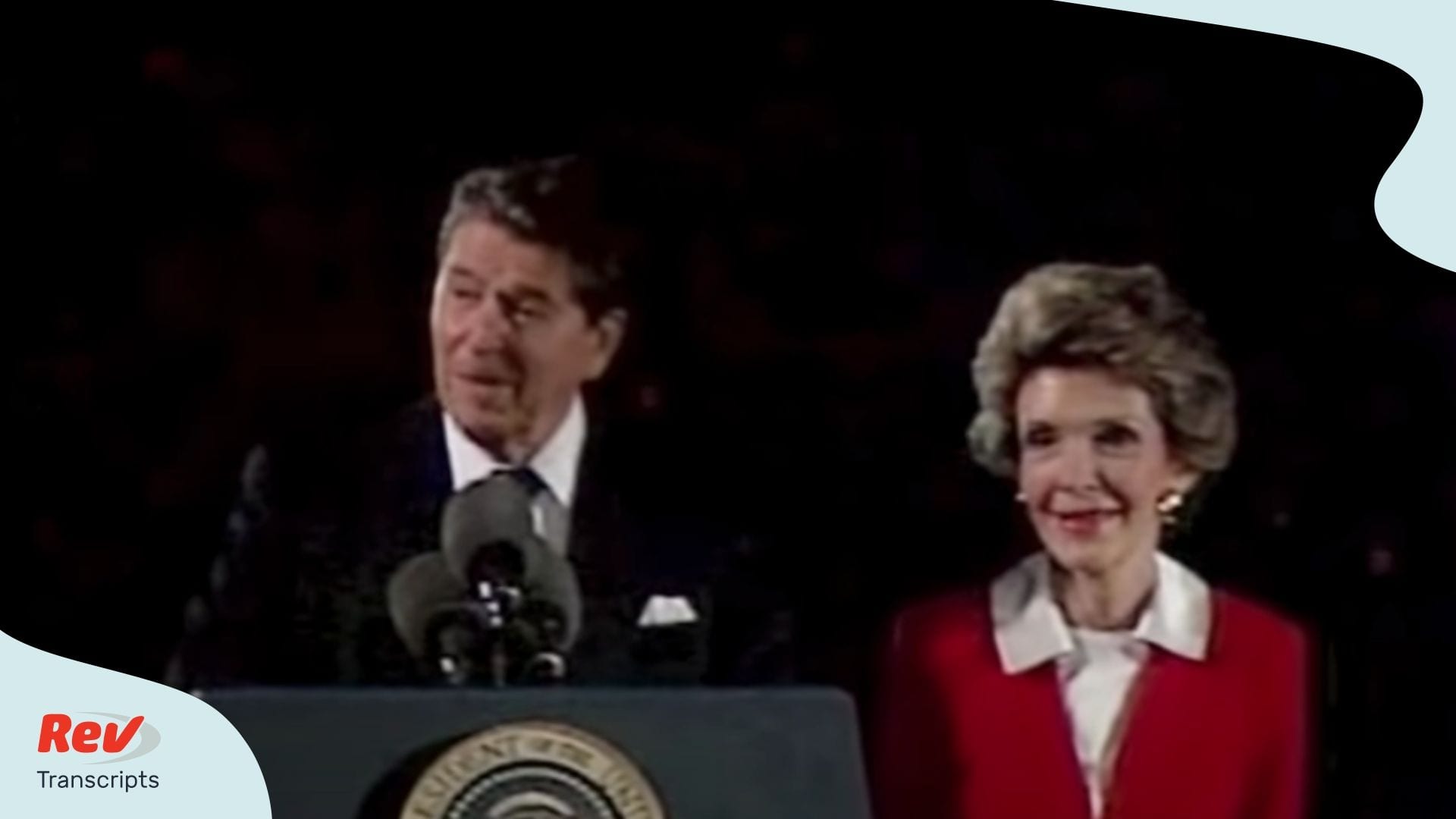 Ronald Reagan: (00:57)
My fellow Americans, in a few moments the celebration will begin here in New York Harbor. It’s going to be quite a show. I was just looking over the preparations and thinking about a saying that we had back in Hollywood, about never doing a scene with kids or animals because they’d steal the scene every time. So you can rest assured I wouldn’t even think about trying to compete with a fireworks display, especially on the 4th of July.

Ronald Reagan: (01:27)
My remarks tonight will be brief, but it’s worth remembering that all the celebration of this day is rooted in history. It’s recorded that, shortly after the Declaration of independence was signed in Philadelphia, celebrations took place throughout the land, and many of the former colonists, they were just starting to call themselves Americans, set off cannons and marched in fife and drum parades. What a contrast with the silver seat was taken place a short time earlier in Independence Hall.

Ronald Reagan: (02:01)
56 men came forward to sign the parchment. It was noted at the time that they pledged their lives, their fortunes, and their sacred honors. And that was more than rhetoric. Each of those men knew the penalty for high treason to the crown. “We must all hang together,” Benjamin Franklin said, “Or assuredly, we will all hang separately.”

Ronald Reagan: (02:25)
And John Hancock, it is said, wrote his signature in large script, so King George could see it without his spectacles. They were brave. They stayed brave through all the bloodshed of the coming years. Their courage created a nation built on a universal claim to human dignity. On the proposition that every man, woman, and child had a right to a future of freedom. For just a moment, let us listen to the words again.

Ronald Reagan: (02:55)
We hold these truths to be self evident. All men are created equal. That they are endowed by their creator with certain unalienable rights, that among these are life, liberty, and the pursuit of happiness.

Ronald Reagan: (03:11)
Last night, when we rededicated Ms. Liberty and lit her torch, we reflected on all the millions who came here in search of a dream of freedom, inaugurated in Independence Hall. We reflected, too, on their courage and coming great distances and settling in a foreign land, and then passing onto their children and their children’s children. The hope symbolized in this statue here just behind us, the hope that is America.

Ronald Reagan: (03:42)
It is a hope that someday every people and every nation of the world will know the blessings of Liberty. And it’s the hope of millions all around the world. In the last few years, I’ve spoken at Westminster to the mother of parliaments at Versailles, where French Kings and world leaders have made war and peace. I’ve been to the Vatican in Rome, the Imperial Palace in Japan, and the ancient city of Beijing.

Ronald Reagan: (04:10)
I’ve seen the beaches of Normandy, and stood again with those boys at Pointe du Hoc, who long ago scaled the heights. And with, at that time, Lisa Zanatta Henn, who was at Omaha Beach for the father she loved. The father who had once dreamed of seeing again, the place where he, and so many brave others had landed on D-Day, but he had died before he could make that trip. And she made it for him. “And dad,” she’d said, “I’ll always be proud.”

Ronald Reagan: (04:43)
And I’ve seen the successors to these brave men, the young Americans in uniform all over the world. Young Americans like you here tonight, who man the mighty USS Kennedy, and the Iowa on the other ships of the line. I can assure you, you out there who are listening, that these young people are like their fathers and their grandfathers, just as willing, just as brave. And we can be just as proud.

Ronald Reagan: (05:15)
But our prayer tonight is that the call for their courage will never come. And that it’s important for us to, to be brave. Not so much the bravery of the battlefield, I mean the bravery of brotherhood. All through our history, our presidents and leaders have spoken of national unity, and warned us that the real obstacle to moving forward, the boundaries of freedom, the only permanent danger to the hope that is America, comes from within.

Ronald Reagan: (05:46)
It’s easy enough to dismiss this as a kind of familiar exhortation. Yet the truth is that even two of our greatest founding fathers, John Adams and Thomas Jefferson, once learned this lesson late in life. They’d worked so closely together in Philadelphia for independence, but once that was gained and a government was formed, something called partisan politics began to get in the way.

Ronald Reagan: (06:15)
After a bitter and divisive campaign, Jefferson defeated Adams for the presidency in 1800. And the night before Jefferson’s inauguration, Adams slipped away to Boston, disappointed, brokenhearted and bitter. For years their estrangement lasted. But then when both had retired, Jefferson at 68 to Monticello, and Adams at 76 to Quincy, they began through their letters to speak again to each other.

Ronald Reagan: (06:46)
Letters that discussed almost every conceivable subject; gardening, horseback riding, even sneezing as a cure for hiccups, but other subjects as well. The loss of loved ones, the mystery of grief and sorrow, the importance of religion. And of course the last thoughts, final hopes of two old men, two great patriarchs for the country that they had helped to found, and loved so deeply.

Ronald Reagan: (07:17)
“It carries me back,” Jefferson wrote about correspondence with his co-signer of the Declaration of Independence, “To the times when, beset with difficulties and dangers, we were fellow laborers in the same cause, struggling for what is most valuable to man, his right to self-government. Laboring, always at the same oar, with some wave ever ahead threatening to overwhelm us and yet passing harmless, we rode through this storm with heart and hand.”

Ronald Reagan: (07:49)
It was their last gift to us, this lesson in brotherhood, in tolerance for each other, this insight into America’s strength as a nation. And when both died on the same day, within hours of each other, that date was July 4th, fifty years exactly after that first gift to us, the Declaration of Independence.

Ronald Reagan: (08:16)
My fellow Americans, it falls to us to keep faith with them, and all the great Americans of our past. Believe me, if there’s one impression I carry with me after the privilege of holding for five and a half years, the office held by Adams, Jefferson and Lincoln, it is this, that the things that unite us, America’s past of which we’re so proud, our hopes and aspirations for the future of the world and this much-loved country. These things far outweigh what little divides us.

Ronald Reagan: (08:53)
And so tonight we are for reaffirm, that Jew and Gentile, we are one nation under God. That black and white, we are one nation indivisible. That Republican and Democrat, we are all Americans. Tonight, with heart and hand, through whatever trial and travail, we pledge ourselves to each other and to the cause of human freedom. The cause that has given light to this land, and hope to the world.

Ronald Reagan: (09:28)
My fellow Americans, we’re known around the world as a confident and a happy people. Tonight, there’s much to celebrate, and many blessings to be grateful for. So while it’s good to talk about serious things, it’s just as important and just as American, to have some fun. Now let’s have some fun, let the celebration begin. 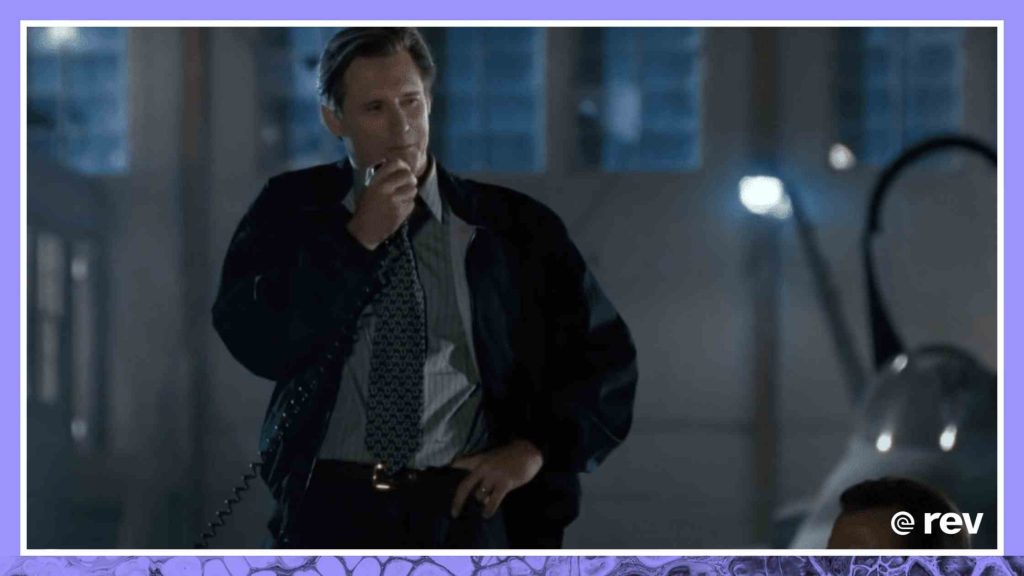