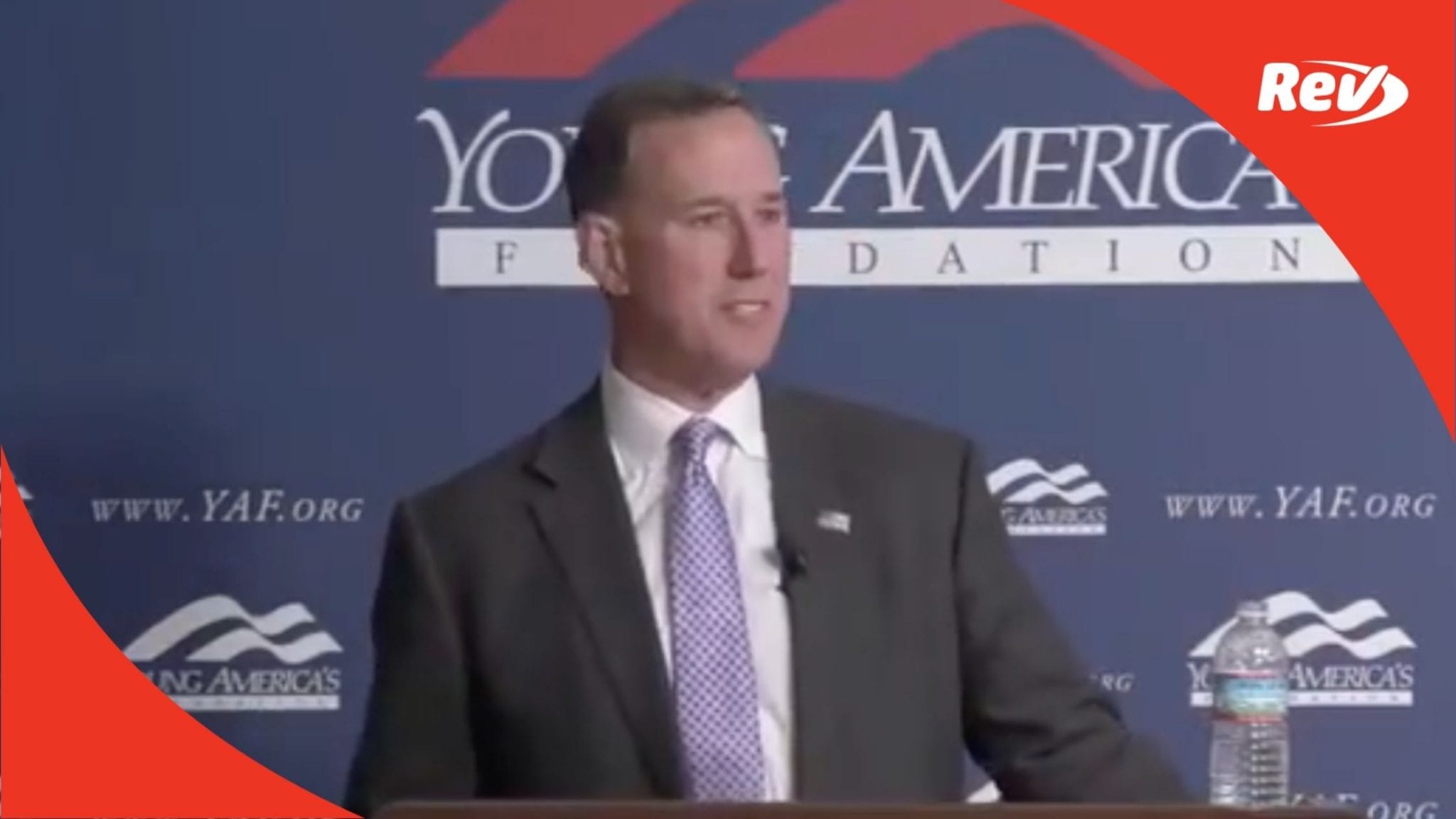 Rick Santorum : (00:00)
…think about this country. I don’t know of any other country in the world that was settled predominantly by people who were coming to practice their faith. They came here because they were not allowed to practice their particular faith in their own country, and so they came here mostly from Europe and they set up a country that was based on Judeo Christian principles. When I say Judeo Christian, the mosaic laws, the 10 commandments, and the teachings of Jesus Christ, the morals and teachings of Jesus Christ. That’s what our founding documents are based upon. It’s in our DNA. You know, if you think of other countries like Italy and Greece and China and Turkey and places like that, they’ve all sort of changed over time. I mean, they’ve been there for millennia in many cases. And their culture has sort of evolved over time, but not us.

Rick Santorum : (00:57)
We came here and created a blank slate. We birthed a nation from nothing. I mean, there was nothing here. I mean, yes, we have Native Americans, but candidly there isn’t much Native American culture in American culture. It was born of the people who came here pursuing religious liberty to practice their faith, to live as they ought to live and have the freedom to do so, religious liberty. Those are the two bulwarks of America, faith and freedom. I mean, you hear it all the time about faith and freedom, faith and freedom, but it is what makes America unique in the world.