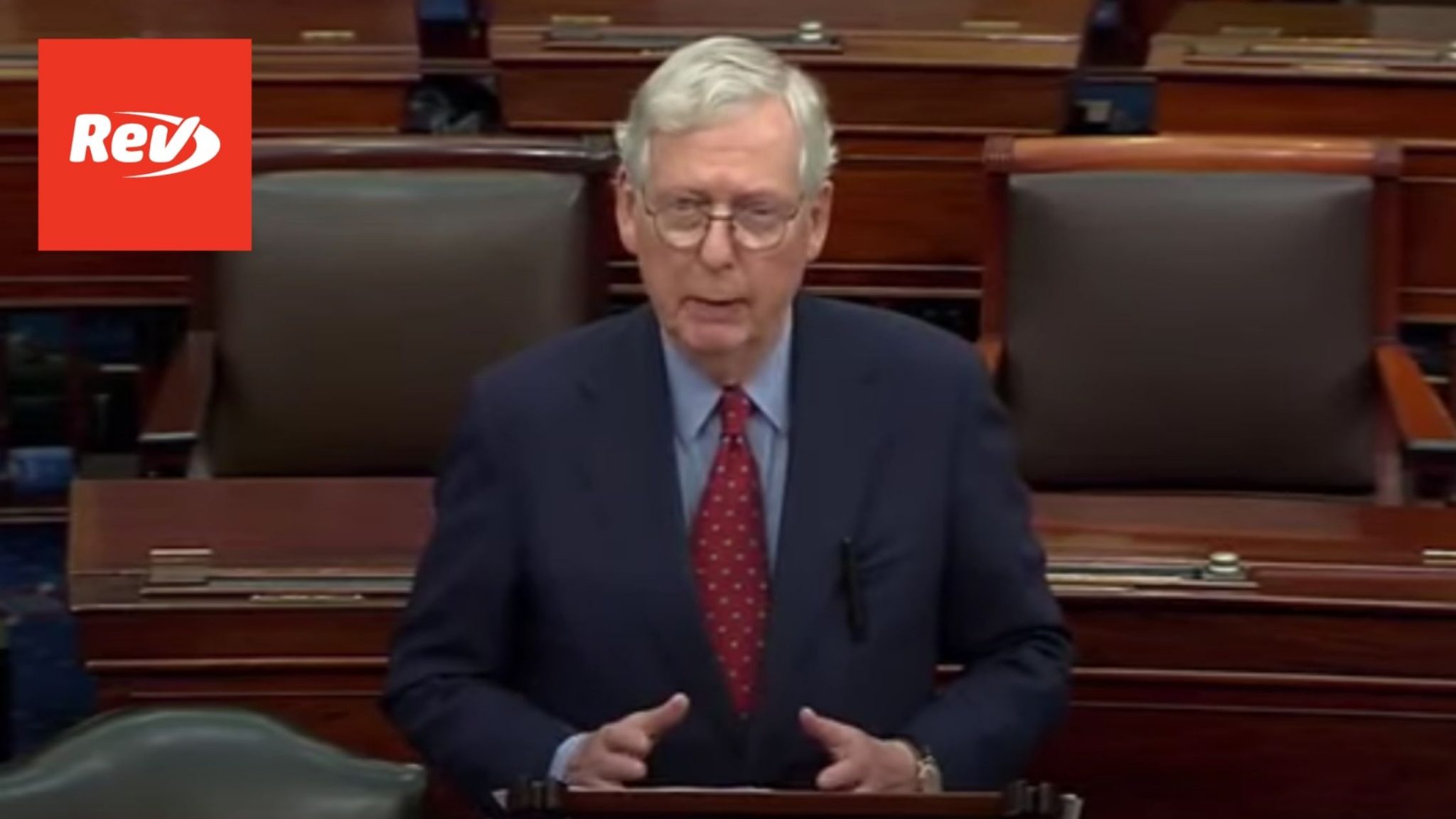 Sen. McConnell: (00:01)
Now, on a completely different matter, it’s not unusual for a presidency to have a rough spell. Every administration faces a stretch of time where nothing seems to go their way. But what we’re witnessing today is entirely different. President Biden has not been dealt a bad hand by forces outside his control. This White House is not sailing through some unavoidable patch of choppy water. No, Democrats have steered our country straight into a storm of serious crises, all of their own making. On issue after issue, Americans are hurting because of specific policy choices that Democrats have made over the objections of people who actually knew better. Democrats did not inherit most of the painful inflation that is hammering working families. Their decisions have fueled it. Even liberal economists warned the president that runaway liberal spending could send costs soaring, soaring for the middle class.

Sen. McConnell: (01:25)
Now, working Americans are paying dearly at the grocery store, at the gas station, practically everywhere that matters to families. And what are Democrats doing today? Putting together yet another reckless taxing and spending spree behind closed doors that would make inflation even worse. Now, President Biden did not inherit humiliation in Afghanistan either. He deliberately chose that as well. The Biden administration’s own experts warned the White House that a reckless withdrawal would embolden to terrorists and harm our ability to gather intelligence that keeps us safe. But the president clung to his made-up deadline, handed huge momentum to the Taliban and their terrorist friends, and broke his explicit promise to leave no American behind who wanted out. As one former Democratic member of Congress said last week, the way the administration executed that withdrawal has been an utter and abject disaster.

Sen. McConnell: (02:37)
Democrats did not inherit this border crisis either. This security nightmare and human tragedy is yet another direct result of their own policies. President Biden and his allies spent two years campaigning on the concept of big government giveaways to people here illegally, then they took office and began dismantling enforcement on the border. So what did they expect? Wave after wave of vulnerable people have been lured into hellish conditions by the mirage the Democrats have set up, cruelly masquerading as compassion. Untold thousands of people have simply been released into our country with what amounts to a polite invitation to show up, show up for a hearing. Even before the Biden surge, only about half of individuals actually showed up. One self-created crisis after another from our unified Democratic Party government. The latest additions are their confusion about how to fund the government and raise the debt ceiling.

Sen. McConnell: (03:59)
For more than two months now, Senate Republicans have been completely clear about how this process will play out, so let me make it abundantly clear one more time. We will support a clean continuing resolution that will prevent a government shutdown, get disaster relief to Louisiana, help properly-vetted Afghan refugees who put themselves on the line for America, and support the Iron Dome assistance for our ally Israel. We will not provide Republican votes for raising the debt limit. As we speak, Democrats are behind closed doors assembling a multi-trillion dollar reckless taxing and spending spree. There’s no chance Republicans will help lift Democrats’ credit limit so they can immediately steamroll through a socialist binge that will hurt families and help China. There’s no particular tradition that the minority will always vote for debt limit hikes during united government. When Republicans had unified control in the early 2000s, then senators Biden and Schumer voted no on a debt limit increase, and made the party in power handle it on their own.

Sen. McConnell: (05:31)
Exactly the situation we’re in now, the roles were reversed. Bipartisanship is not a light switch, a light switch that Democrats get to flip on when they need to borrow money and switch off when they want to spend money. The debt suspension that expired in August covered all the debt that had been accumulated to that point. This is an argument about the future. Democrats want to use this temporary pandemic as a Trojan horse for permanent socialism. They’ve all but said so, and that is what millions and million of Americans elected 50 Republican senators to fight against. For 10 weeks now, 10 weeks, Democrats have known what kind of government funding legislation could pass the Senate and what kind would fail. Republicans are not rooting for a shutdown or a debt limit breach. We’ve given the united democratic government total clarity about how each can be avoided.

Sen. McConnell: (06:45)
Republicans have explained exactly what kind of continuing resolution can pass the Senate with our support. And late last week, the House Democratic leader publicly said House Democrats are ready to swallow whatever CR the Senate can send them. So the House is ready. Senate Republicans are ready. We could have a bipartisan vote to fund the government today, if not for the odd tactics of the Senate Democratic leader. Before we vote this afternoon, I’ll ask consent to strike the partisan CR that is dead on arrival, and instead have the Senate vote on a clean continuing resolution that could pass this chamber easily. We’ll see if Washington Democrats actually want to govern or whether they want to add the prospect of a government shutdown to the list of inflation, Afghanistan, the border, and all the other national crises that are the direct results of their own decisions.