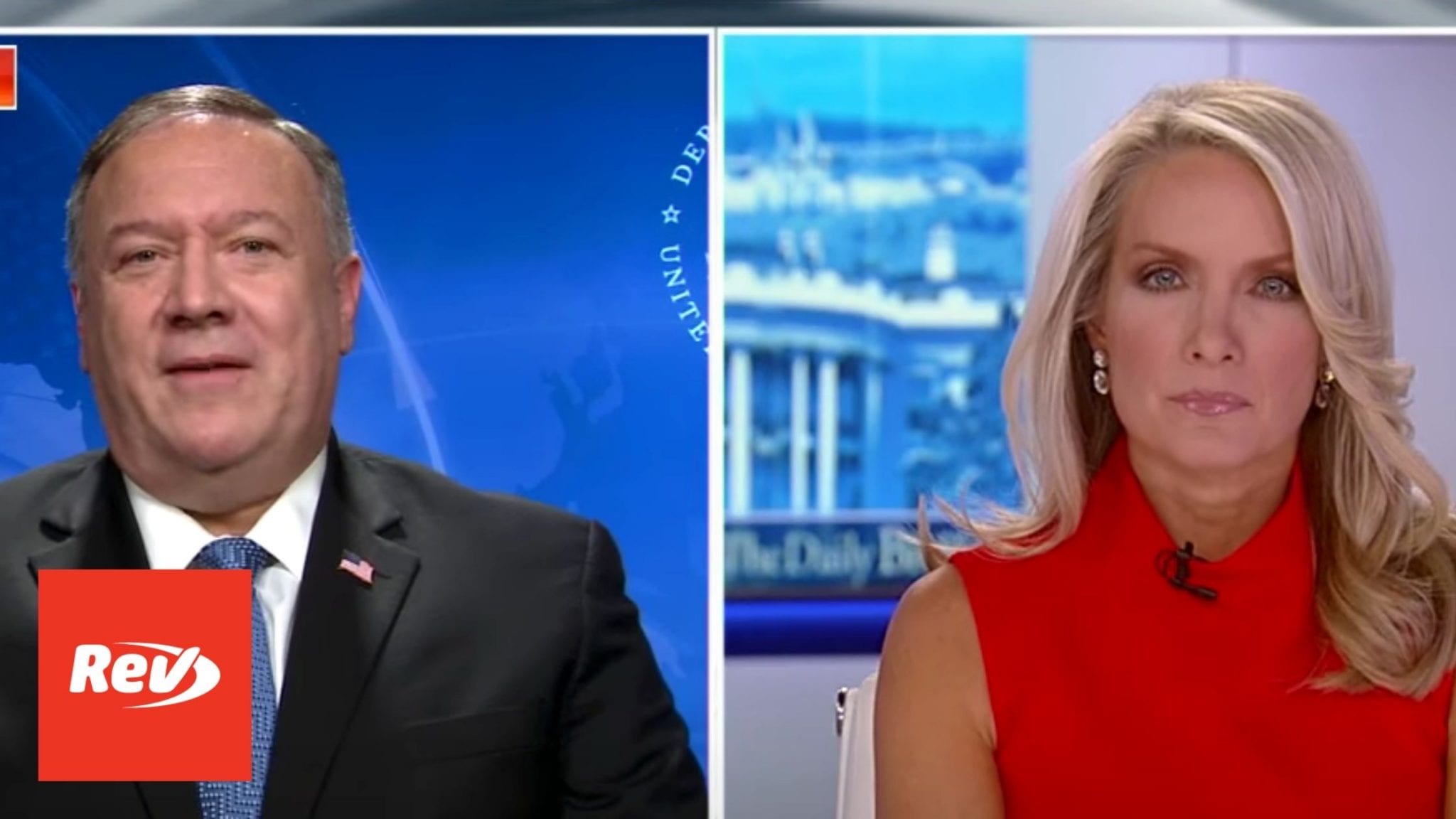 U.S. Secretary of State Mike Pompeo did an interview with Fox News in which he said he has Hillary Clinton’s emails and could release them before the 2020 election. He also talked about the 25th Amendment and China. Read the full transcript of his October 9 interview.

Dana Perino: (00:00)
Now is Secretary of State Mike Pompeo. And sir, you are a West Point grad, and I know you know the Constitution very well. Earlier today, Speaker Nancy Pelosi said that she’s going to introduce a bill to have a commission to study the 25th Amendment. Do you think that the 25th Amendment needs studying?

Mike Pompeo: (00:16)
I don’t. I saw a little bit of what she was doing. It looks to me like a political stunt. Everyone knows exactly what the 25th Amendment says, and frankly, more importantly, Dana, I’ve been speaking to the president a lot lately. There’s no need for anybody to think about succession. He’s doing just great.

Dana Perino: (00:34)
Well, and he was talking about you a little bit yesterday, as well, on Mornings with Maria, expressing some frustration about these Hillary Clinton emails that are not declassified yet or released yet. Take a listen.

Donald Trump: (00:43)
They’re in the State Department, but Mike Pompeo has been unable to get them out, which is very sad. Actually, I’m not happy about him for that, that reason. He was unable to get them. I don’t know why. You’re running the State Department. You get them out. Forget about the fact that they were classified. Let’s go. Maybe Mike Pompeo finally finds them. Okay?

Donald Trump: (01:05)
She deleted 33,000 emails. She should be in jail for that. I don’t even care if they’re sort of, if they’re very highly confidential emails. I don’t care what.

Dana Perino: (01:15)
What is the state of this investigation into Hillary Clinton’s emails at the State Department?

Mike Pompeo: (01:21)
Dana, you’ll remember, I was close to this, even when I was a member of Congress, when I served on the Benghazi committee, now what seems like a little bit of time ago. We’ve got the emails. We’re getting them out. We’re going to get all this information out, so the American people can see it. You’ll remember there was classified information on a private server, should have never been there. Hillary Clinton should never have done that, and it was unacceptable behavior. It’s not the kind of thing that leaders do. They don’t put that kind of information out. And you can see, whether it’s Russia or China or Iran or the North Koreans who want to get their hands on this kind of information, classified information needs to stay in the right places. Secretary Clinton, when she was here at the State Department, did not do that.

Dana Perino: (01:59)
The president has the authority to declassify anything he wants. All authority is to him. Could he declassify it and order it released if he wanted to and if he ordered?

Dana Perino: (02:14)
If he were to order that, would there be concerns about maybe health and safety of sources or methods that could possibly be in these emails if there’s classified information?

Mike Pompeo: (02:26)
Dana, I’ve been at this a long time with President Trump, for four years now almost. I’ve never seen him do anything that would put any kind of asset, any kind of one of our officers in any harm’s way. He wouldn’t do that. We’ll get the information out that needs to get out, and we’ll do it in a way that protects the intelligence sources that we need to protect.

Dana Perino: (02:44)
And last question on that. Will that happen before the election?

Mike Pompeo: (02:46)
We’re doing it as fast as we can. I certainly think there’ll be more to see before the election.

Dana Perino: (02:52)
All right. I wanted to ask you about China because there was a light touch of that topic at the vice presidential debate this past week, and I feel like the American people maybe deserve a little bit more on that topic since it is one I know that takes up a lot of your time. I know you recently met with the Quad. That’s a group that started in 2007 of our allies to try to address how we are going to deal with China. You recently met with them, and I wonder what is our position at this point in working with those allies, especially in the middle of a global pandemic.

Mike Pompeo: (03:20)
Yeah. Two things, Dana. One, you’re right. There was some discussion of this at the debate, and the Chinese Communist Party censored part of it.

Dana Perino: (04:18)
Well, China is not one to take all of this lying down, so what can you tell us about the efforts of this Quad in trying to push back?

Mike Pompeo: (04:28)
Look. They’re stacked 60,000 soldiers against the Indians in the North. When the Australians had the temerity to ask for an investigation of the Wuhan virus and where it began, something that we know a lot about, the Chinese Communist Party threatened them. They bullied them. We need partners and friends. They’ll certainly try to react, but what the Chinese Communist Party had become accustomed to, frankly, for an awfully long time, Dana, was watching America bend a knee, watching us turn the other cheek and appease them. That only encouraged their bad behavior, their malign activity. Our pushback, they understand we’re serious about it. They watch that we’re going to confront them and impose costs upon them. I am confident that this activity over time will change the nature of what the Chinese Communist Party tries to do to harm America.

Dana Perino: (05:12)
I have just one last question for you. An issue, of course, that it concerns a lot of people, but increasingly so around the world, and that is the issue of hunger. And today, the Nobel Prize was given to the World Food Programme. That’s out of the UN. And I’m just, I’m curious what you can say about what the United States is doing to not only help here in America provide relief to people, but there is a hunger problem around the world, and the United States has traditionally played a role. What about now during the pandemic?

Mike Pompeo: (05:39)
We continue to be the most generous nation in the history of the world, Dana. This is something that President Trump and our team is very proud of. The leader of the organization is a fellow named David Beasley. He’s a former governor. He’s an American former governor of South Carolina. I’m going to talk to him in just a couple hours and congratulate him. This work, President Trump has said, is important to him. We want to make sure that we contribute. We do our part. And you can see, under this administration, this World Food Programme has delivered really good outcomes. The challenge of starvation and undernourished people around the world is something you know. You saw it when you served in the administration you served in. It’s something that we need to keep working at. And I’m really proud. I’m proud of the role that America played as part of this World Food Programme to lead to the outcome that you saw today.

Dana Perino: (06:23)
Well, it is. And please congratulate the governor from us here at The Daily Briefing and Fox News, as well.