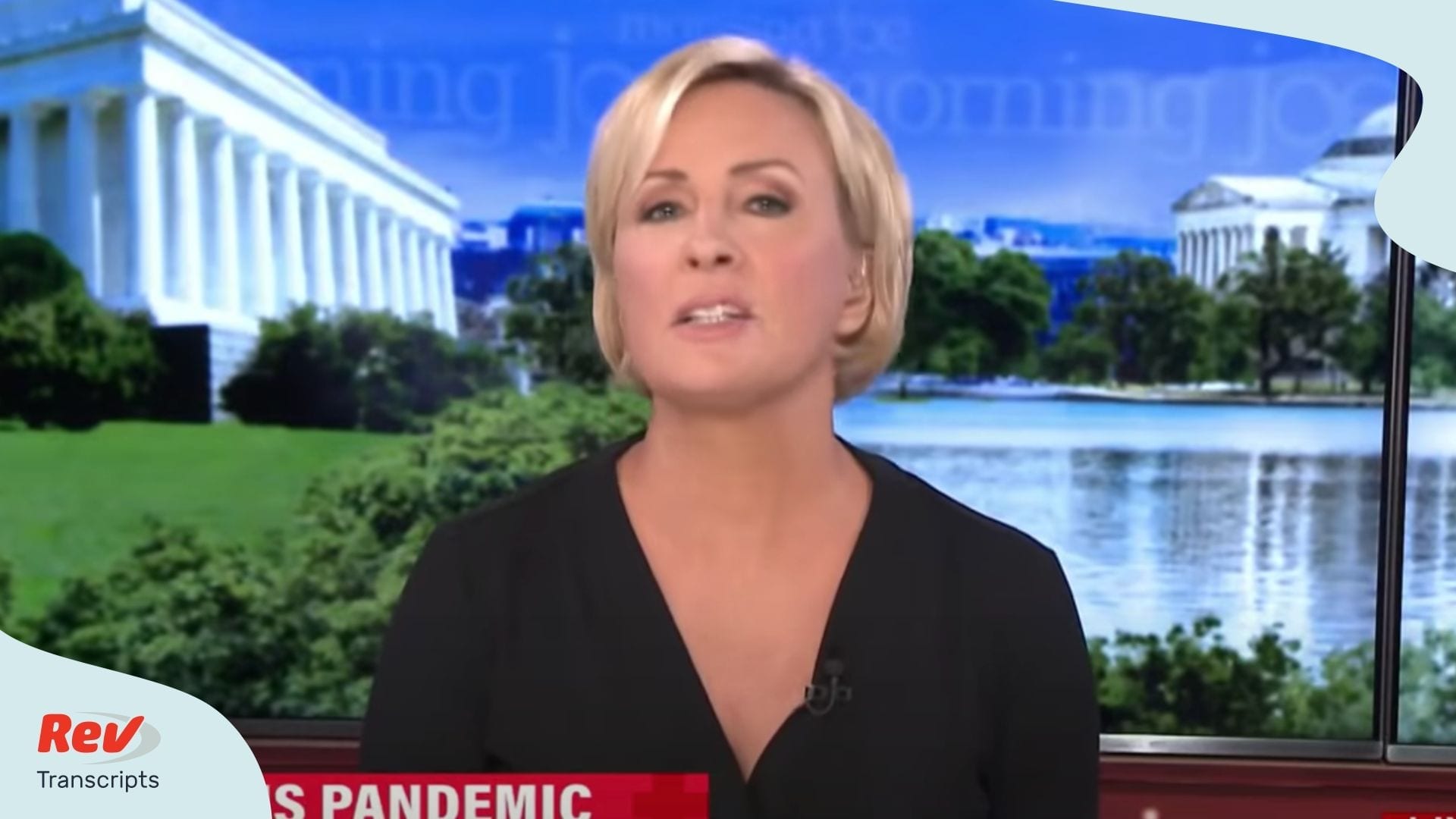 Mika Brzezinski did a monologue in which she expressed anger with Donald Trump’s Twitter account. She said she has had a conversation with the CEO of Twitter about banning Trump. Read the full transcript here.

Mika Brzezinski: (00:00)
Now the US leads the world, in coronavirus cases by a lot. The US is just over 4% of the world’s population yet represents 31% total cases. And the president somehow thinks that’s a good thing.

Donald Trump: (00:18)
When we have a lot of cases, I don’t look at that as a bad thing. I look at that as, in a certain respect, as being a good thing, because it means our testing is much better. So if we were testing a million people instead of 14 million people, we would have far few cases, right? So, I view it as a badge of honor. Really, it’s a badge of honor. It’s a great tribute to the testing and all of the work that a lot of professionals have done.

Mika Brzezinski: (00:47)
I mean, aside from the fact that most believe, that this president has botched this crisis from the get go, and this will be known in history worldwide as a human catastrophe that he could have prevented. And he’s trying to deflect at all times. And Willie and Mike, he’s tweeting again, all sorts of crazy things. Once again, tweeting conspiracy theories about Joe, falsely accusing him of murder, talking about the death of a young staffer in his congressional office years ago, and calling him dangerous to walk the streets.

Mika Brzezinski: (01:27)
And I’ll just say, I’ll take a point of personal privilege here. That’s sick. Donald, you’re a sick person. You’re a sick person. To put this family through this, to put her husband through this, to do this just because you’re mad at Joe, because Joe got you again today, because he speaks the truth, and he speaks plainly about your lack of interest and empathy in others, and your lack of ability to handle this massive human catastrophe. The fact that you’ve made it worse. And that you make it worse every day. And that you won’t even wear a mask to protect people from your germs. But the germs you’re spreading on Twitter, first of all, Twitter, you shouldn’t be allowing this, and you should be taking these tweets down, and you should be ashamed of yourself. You’ll be hearing from me on this, because this is BS. But Donald you’re a sick person. You’re really a cruel, sick, disgusting person. And you can keep tweeting about Joe, but you’re just hurting other people. And of course, you’re hurting yourself. Willie, why don’t-