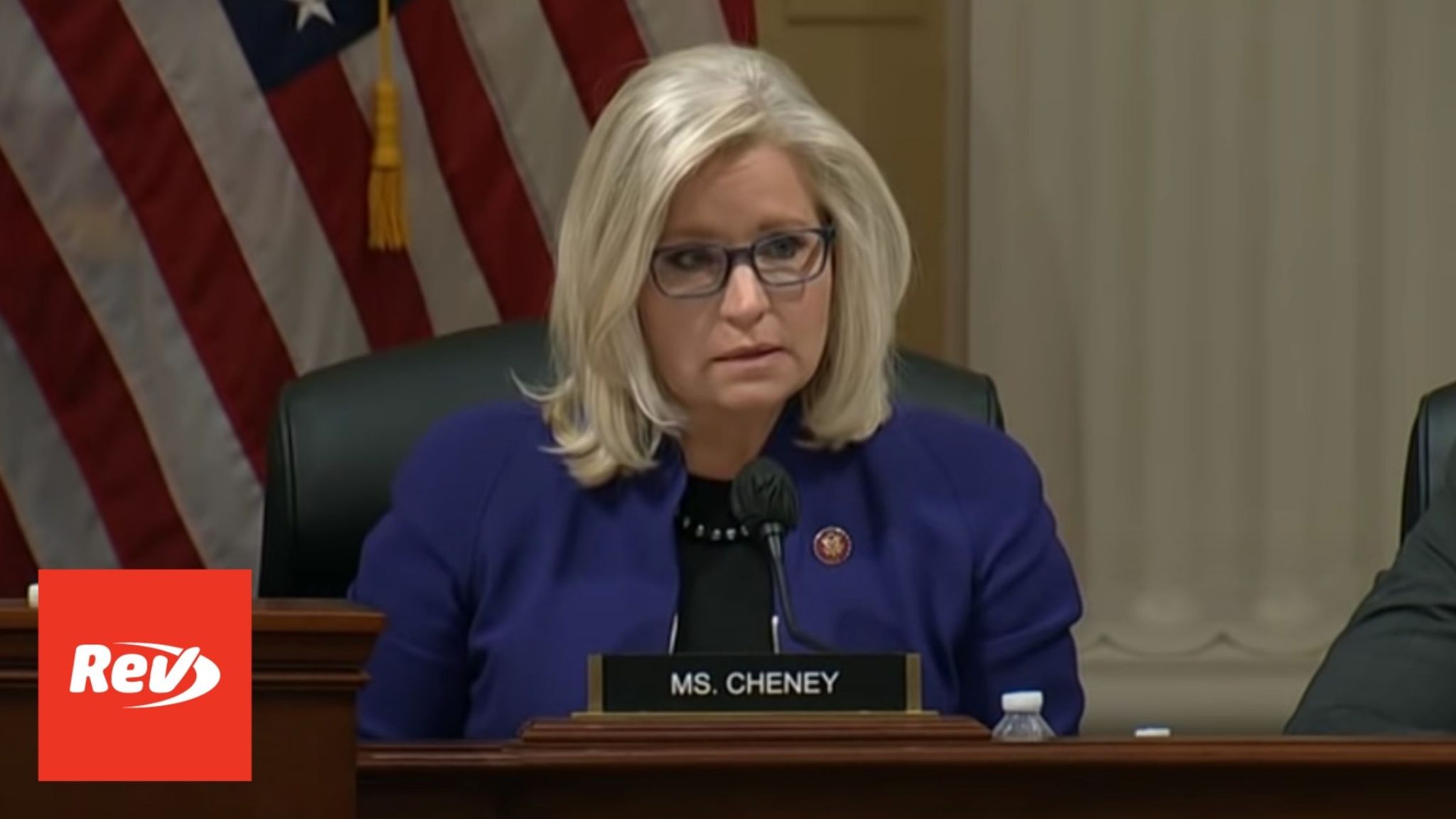 Rep. Liz Cheney’s speech during the October 19 committee hearing in which they voted 9-0 to hold Steve Bannon in contempt. Read the transcript of her remarks here.

Rep. Cheney: (00:00)
Thank you very much, Mr. Chairman. On January 6th, a mob breached the security perimeter of our capitol, assaulted and injured more than 140 police officers, engaged in hand-to-hand violence over an extended period, and invaded and occupied the United States Capitol building, all in an effort to halt the lawful counting of electoral votes and reverse the results of the 2020 election. The day before this all occurred, on January 5th, Mr. Bannon publicly professed knowledge that quote, “All hell is going to break loose tomorrow,” end quote. He forecast that the day would be quote, “extraordinarily different than what most Americans expected.” He said to his listeners and his viewers quote, “So many people said if I was in a revolution, I would be in Washington. Well,” he said, “this is your time in history.” Based on the committee’s investigation, it appears that Mr. Bannon had substantial advanced knowledge of the plans for January 6th, and likely had an important role in formulating those plans.

Rep. Cheney: (01:19)
Mr. Bannon was in the war room at the Willard on January 6th. He also appears to have detailed knowledge regarding the president’s efforts to sell millions of Americans the fraud that the election was stolen. In the words of many who participated in the January 6th attack, the violence that day was in direct response to President Trump’s repeated claims from election night through January 6th that he had won the election. The American people are entitled to Mr. Bannon’s firsthand testimony about all of these relevant facts, but as the chairman noted, Mr. Bannon is refusing to provide it. Preserving our Constitution and the rule of law is a central purpose of this investigation. The plain fact here is that Mr. Bannon has no legal right to ignore the committee’s lawful subpoena. So far, Mr. Bannon’s excuse is that former President Trump wishes to invoke some form of executive privilege for a subset of the relevant topics, President Trump’s direct communications with Mr. Bannon regarding the planning for January 6th.

Rep. Cheney: (02:39)
This information should not be subject to any privilege at all, and certainly there is no basis for absolute or unqualified privilege for presidential communications. More important now, there is no conceivably applicable privilege that could shield Mr. Bannon from testimony on all of the many other topics identified in this committee’s subpoena. Because he has categorically refused to appear, we have no choice but to seek consequences for Mr. Bannon’s failure to comply. Those consequences are not just important for this investigation, they are important for all congressional investigations. Mr. Bannon’s and Mr. Trump’s privilege arguments do however appear to reveal one thing. They suggest that President Trump was personally involved in the planning and execution of January 6th, and this committee will get to the bottom of that.

Rep. Cheney: (03:44)
Let me add one further thought, principally from my Republican colleagues. We all agree that America is the greatest nation on the face of God’s earth. Truth, justice, and our Constitution have made America great. Almost every one of my colleagues knows in your hearts that what happened on January 6th was profoundly wrong. You all know that there is no evidence of widespread election fraud sufficient to have changed the results of the election. You all know that the Dominion voting machines were not corrupted by a foreign power. You know these claims are false, yet former President Trump repeats them almost daily, and he has now urged Republicans not to vote in 2022 and 2024. This is a prescription for national self-destruction. I ask my colleagues please consider the fundamental questions of right and wrong here. The American people must know what happened. They must know the truth. All of us who are elected officials must do our duty to prevent the dismantling of the rule of law and to ensure that nothing like that dark day in January ever happens again. Thank you, Mr. Chairman. I yield back.