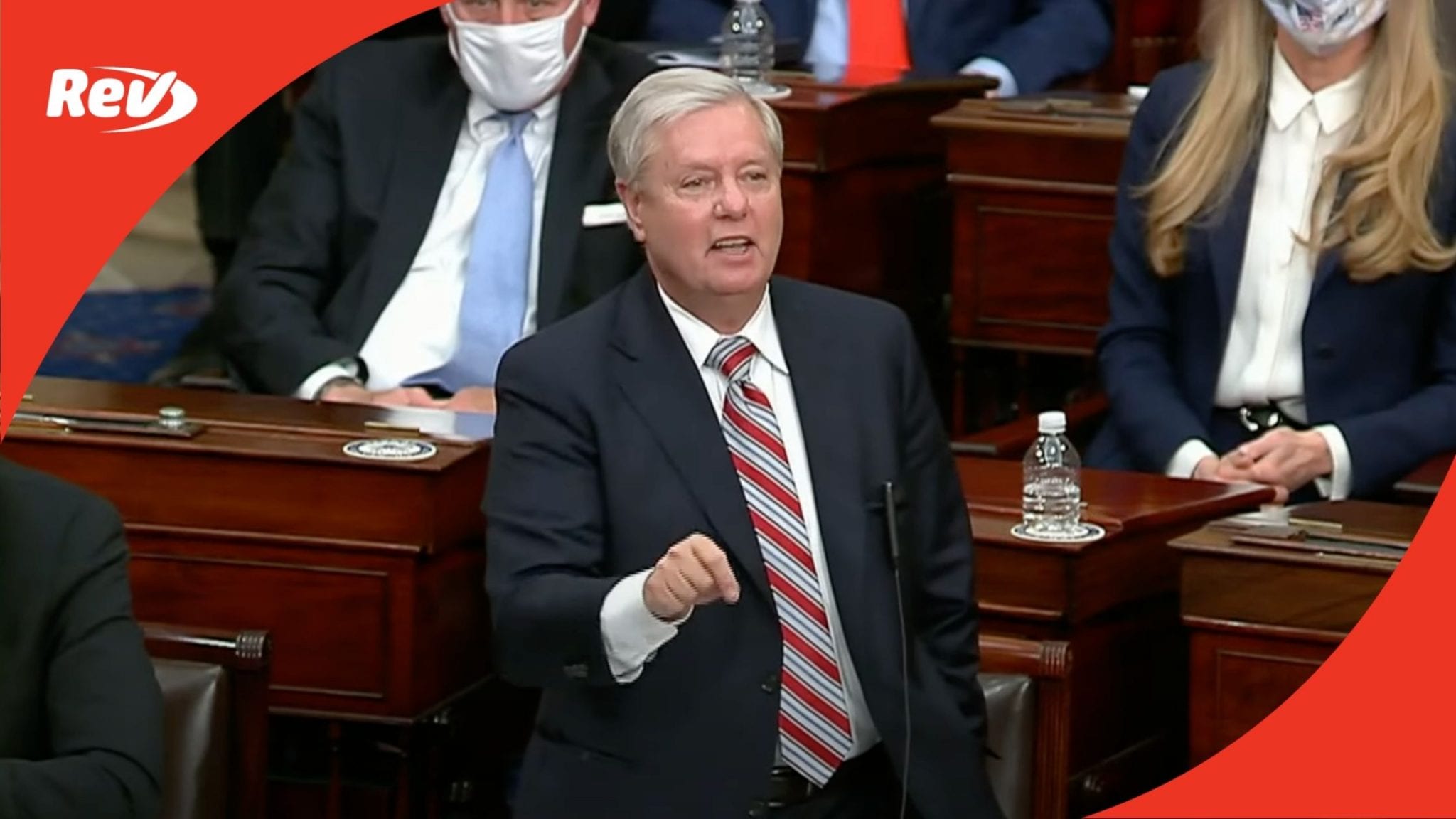 Senator Lindsey Graham gave a speech on the Senate floor on January 6, after Donald Trump supporters and protesters broke into the Capitol building. He acknowledged that Joe Biden legally won the 2020 presidential election and supported counting the electoral votes. Read the transcript here.

Lindsey Graham: (00:00)
Many times, my state has been the problem. I love it. It’s where I want to die, but no time soon. Tim and I have a good relationship. I love Tim Scott. 1876, South Carolina, Louisiana, and Florida sent two slate of electors. They have two governments, by the way, and we didn’t know what to do. Why did South Carolina, Florida, and Louisiana do it? To hold the country hostage to end Reconstruction. It worked. The commission was eight to seven. It didn’t work. Nobody accepted it. The way it ended is when Hayes did a deal with these three states. “You give me the electors, I’ll kick the Union Army out.” The rest is history. It led to Jim Crow. If you’re looking for historical guidance, this is not the one to pick. If you’re looking for a way to convince people there was no fraud, having a commission chosen by Nancy Pelosi, Mitch McConnell, and John Roberts is not going to get you to where you want to go. It ain’t going to work.

Lindsey Graham: (01:29)
So it’s not going to do any good, it’s going to delay, and it gives credibility to a dark chapter of our history. That’s why I’m not with you, but I will fight to my death for you. You’re able to object. You’re not doing anything wrong. Other people have objected. I just think it’s a uniquely bad idea to delay this election. Trump and I, we’ve had a hell of a journey. I hate it to end this way. Oh my God, I hate it. From my point of view, he’s been a consequential president, but today, first thing you’ll see. All I can say is a count me out. Enough is enough. I’ve tried to be helpful, but when this Wisconsin Supreme Court ruled four to three, that they didn’t violate the constitution of Wisconsin, I agree with the three, but I accept the four. If Al Gore could accept five-four he’s not president, I can accept Wisconsin four to three.

Lindsey Graham: (02:26)
Pennsylvania. It went to the Second Circuit. So much for all the judges being in Trump’s pocket. They said, “No, you’re wrong.” I accept the Pennsylvania Second Circuit that Trump’s lawsuit wasn’t right. Georgia, they said the secretary of state took the law into his own hands. He changed the election laws unlawfully. A federal judge said no. I accept the federal judge, even though I don’t agree with it. Fraud. They said there’s 66,000 people in Georgia under 18 voted. How many people believe that? I asked, “Give me 10,” and had one. They said 8,000 felons in prison in Arizona voted. Give me 10. I got one. Does that say there’s … There’s problems in every election. I don’t buy this. Enough’s enough. We’ve got to end it.

Lindsey Graham: (03:19)
Vice President Pence, what they’re asking you to do, you won’t do because you can’t. You talk about interesting times. I associate myself with Rand Paul. How many times will you hear that? The mob has done something nobody else could do, to get me and Rand to agree. Rand is right. If you’re a conservative, this is the most offensive concept in the world that a single person could disenfranchise 155 million people. “The President of the Senate shall in the presence of the Senate and the House of Representatives open all certificates and the vote shall then be counted. The person having the greatest number of votes for president shall be president.” Where in there does it say, “Mike can say, ‘I don’t like the results. I want to send them back to the states. I believe there was fraud.'” To the conservatives who believe in the constitution, now’s your chance to stand up and be counted.

Lindsey Graham: (04:18)
Originalism, count me in. It means what it says. So Mike, Mr. Vice President, just hang in there. They said, “We can count on Mike.” All of us can count on the vice president. You’re going to do the right thing. You’re going to do the constitutional thing. You got a son who flies F-35s. You’ve got a son-in-law who flies F-18s. They’re out there flying so that we get it right here. There are people dying, to my good friend from Illinois, to make sure we have a chance to argue among ourselves, and when it’s over, it is over. It is over. The final thing, Joe Biden. I’ve traveled the world with Joe. I hoped he lost. I prayed he would lose. He won. He’s the legitimate President of the United States. I cannot convince people, certain groups, by my words, but I will tell you by my actions that maybe I above all others in this body need to say this. Joe Biden and Kamala Harris are lawfully elected and will become the President and the Vice President of the United States on January the 20th.