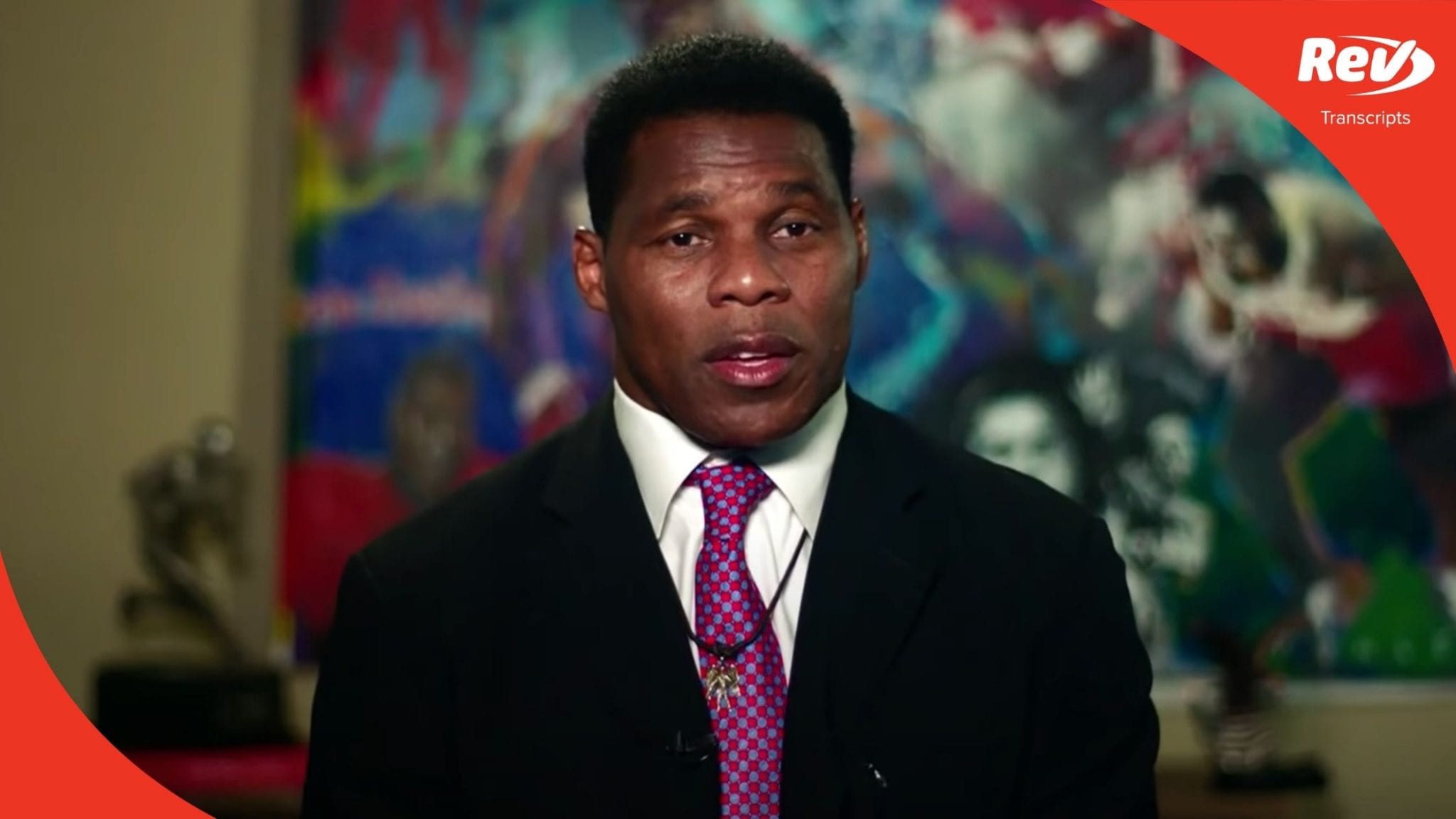 Former football player Herschel Walker spoke on night 1 of the 2020 Republican National Convention on August 24, 2020. Read the full transcript of his speech here.

Herschel Walker: (00:00)
I’m not an actor, a singer, or a politician. I’m Herschel Walker. Most of you know me as a football player, but I’m also a father, a man of faith, and a very good judge of character. I’ve known Donald Trump for 37 years. I don’t mean just casual ran into him from time to time. I’m talking about a deep personal friendship. I watched him as an [inaudible 00:00:26] professional football team. Right after he bought the team, he set out to learn. He learned about the history of the team, the players, the coaches, every detail. Then he used what he learned to make the team better. I watched him in the boardroom. He can be in the middle of a big meeting, but if one of the kids was on the phone, he dropped everything to take the call. He taught me that the family should be your top priority.

Herschel Walker: (00:52)
I watched him treat janitors, security guards, and waiters the same way you would treat a VIP. He made them feel special because he knew they were. He understands that they are the people who make this country run. They clean, they cook, they build, they drive, they deliver. He told me, “Herschel, make an effort to get to know people. Remember their names.” That stuck with me. One time I planned to take his kids to Disney World with my family. At the last minute, Donald said he’d like to join us. So there he was in a business suit on It’s a Small World ride. That was something to see. It just shows you what a caring, loving father he is. It hurt my soul to hear the terrible names that people call Donald. The worst one is racist. I take it out as a personal insult that people would think I’ve had a 37 year friendship with a racist.

Herschel Walker: (01:48)
People who think that don’t know what they’re talking about. Growing up in the deep South, I’ve seen racism up close. I know what it is and it isn’t Donald Trump. Just because someone loves and respect the flag, our national anthem, and our country doesn’t mean they don’t care about social justice. I care about all of those things. So does Donald Trump. He shows how much he cares about social justice in the black community through his actions and his actions speaks louder than stickers or slogans on a jersey.

Herschel Walker: (02:19)
He keeps right on fighting to improve the lives of black Americans and all Americans. He worked night and day. He never stops. He leaves nothing on the field. Some people don’t like his style, the way he knocks down obstacles that get in the way of his goals. People on the opposing team they don’t like when I ran over them either, but that’s how you get the job done. I pray every night that God gives him more time, give him four more years. He has accomplished so much almost all by himself on a constant attack, but there’s still more work to be done. If you love America and want to make it better, Donald Trump is your president. He’s my president and I’m blessed to call him friend.