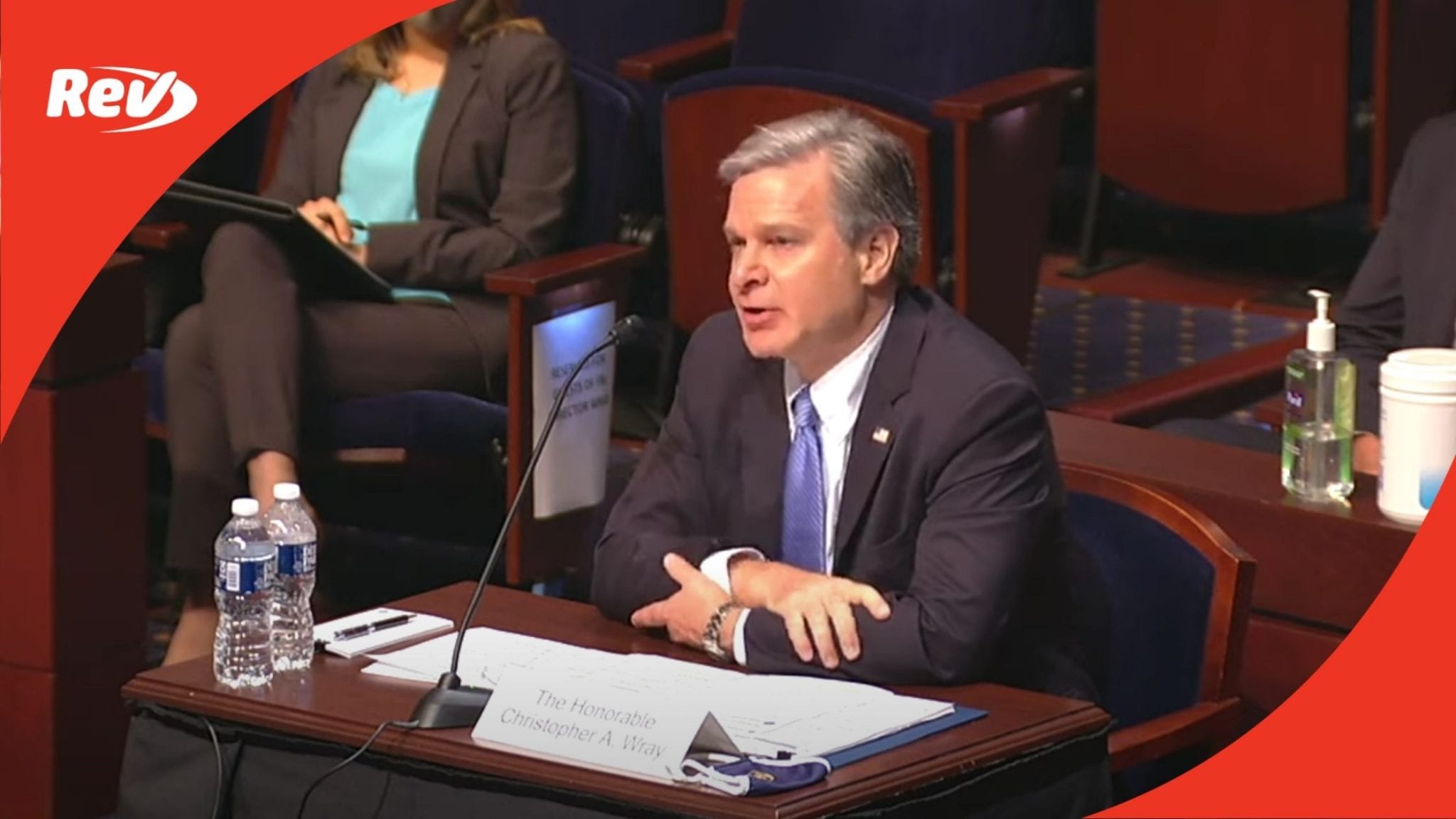 FBI Director Chris Wray was questioned on whether there is an investigation into Donald Trump’s role in the January 6 attack during a House hearing on June 10, 2021. Read the transcript of his testimony remarks here.

Congressman: (00:03)
Thank you, Mr. Chairman, and thank you, Director Wray. You’ve done an admirable job so far [inaudible 00:00:10] foot soldiers in the January 6th insurrection, kind of like going after Al Capone and getting all of the lottery sales tickets, the people that do the bootlegging in the stream. To the best of my knowledge, you haven’t done anything to go after the people who incited the riot. The big bosses, the leaders, which is Donald Trump. Do you have any investigation, or if you’ve done anything to look into Trump’s activities on the day of the insurrection, subpoena records of the White House, of phone calls in and out, and of meetings that he and Roger Stone and others may have had with leaders of these groups?

Director Wray: (00:50)
Well, again Congressman, somewhat along the lines of something I said earlier, because we have not one, but now close to 500 pending criminal cases, all of which are in the hands of judges who feel very strongly about how much I discuss pending cases, I want to be careful about that. We have brought, in addition to what you’re describing as the lower level type offenses, we have now started to bring a number of conspiracy charges of various individuals. Yes, I think there’s about 30 plus individuals who have been charged with conspiracy.

Congressman: (01:27)
I appreciate it and understand that. But I’m talking about Mr. Big number one. Have you gone after the people who incited the riot?

Director Wray: (01:35)
Well, I don’t think it would be appropriate for me to be discussing whether or not we are or aren’t investigating specific individuals. I just don’t think that’s appropriate.

Congressman: (01:46)
I’ll accept that and understand that, but I would urge you to do it. He said, “Come to Washington on the day of the electoral college,” a month earlier, no other day. And he said, “It will be big and it will be wild.” I read that as violence to occur. And I was with a Capitol policeman on Sunday who said, yes, they had information that said it was going to be violent. You and the FBI did not make the case. You should have warned, and he had a duty to do that. Let me ask you this. Have you seen Mr. McGahn’s testimony yet?

Director Wray: (02:44)
Well, I think we have very specific rules about predication and approval on certain kinds of investigations. So I’d have to look at whatever information you wanted to send our way, and we can take a look at the information and evaluate whether or not there’s action we could take.

Congressman: (03:00)
It’s in the deposition and it’s clear that McGahn said that the president told him to lie, and the president also lied. I would urge you to look at that and talk to Director Garland, Attorney General Garland about that. Did you infiltrate the crowds of the BLM, Black Lives Matter protest in Washington when they were in Washington?

Director Wray: (03:21)
Mr. Congressman, we don’t infiltrate protests as a general rule, certainly. When it comes to criminal activity, we have specific rules covered by the Attorney General guidelines and the so-called DIOG, which is our implementation of the Attorney General guidelines that cover what we can and cannot do. We would have followed those scrupulously, not just in general, but in the specific period that you’re talking about. We don’t investigate first amendment activity. We investigate threats of criminal activity.

Congressman: (04:03)
Thank you, Director. I know first amendment activities is protected, but was your activities on January 6th different from what it was with Black Lives Matter? Did you observe? Did you try to get more knowledge about what was going on after you had the Norfolk information about the January 6th insurrection?

Director Wray: (04:24)
Well, the Norfolk information that we’ve talked about here arrived essentially the night before, or the afternoon before January 6th, and was promptly passed on. At that point, it was raw, unverified information that we hadn’t yet had a chance to vet, but of course we decided that even though it was raw and unverified, we needed to pass it on to all of our partners, both in the command post and throughout the joint terrorism task force to make sure they had it.

Chairman Nadler: (05:16)
The gentleman’s time has expired. The witness may answer the question. Thank you, sir.

Director Wray: (05:20)
Thank you, Mr. Chairman. First, let me just say that I don’t think any attack, ransomware or January 6th, can fairly be compared to the horror of September 11th and the 3000 or so individuals who lost their lives that day. That attack and my engagement with the victims in my last time in government was a big part of why I came back into this role in the first place. My reference to September 11th in the context of ransomware was not about the attack, but about how the country came together in response. Now, certainly when it comes to January 6th, it’s a unique type of attack, not just in terms of the number of individuals, but in terms of the effort to disrupt a key part of our constitutional system and the peaceful transition of government, which is such a hallmark of our country. So it’s a very significant attack of its own right. And certainly we have, as we’ve already talked, about close to 500 arrests. We have all of our field offices fully engaged, and the amount of manpower devoted to it is extremely significant for one attack, absolutely.