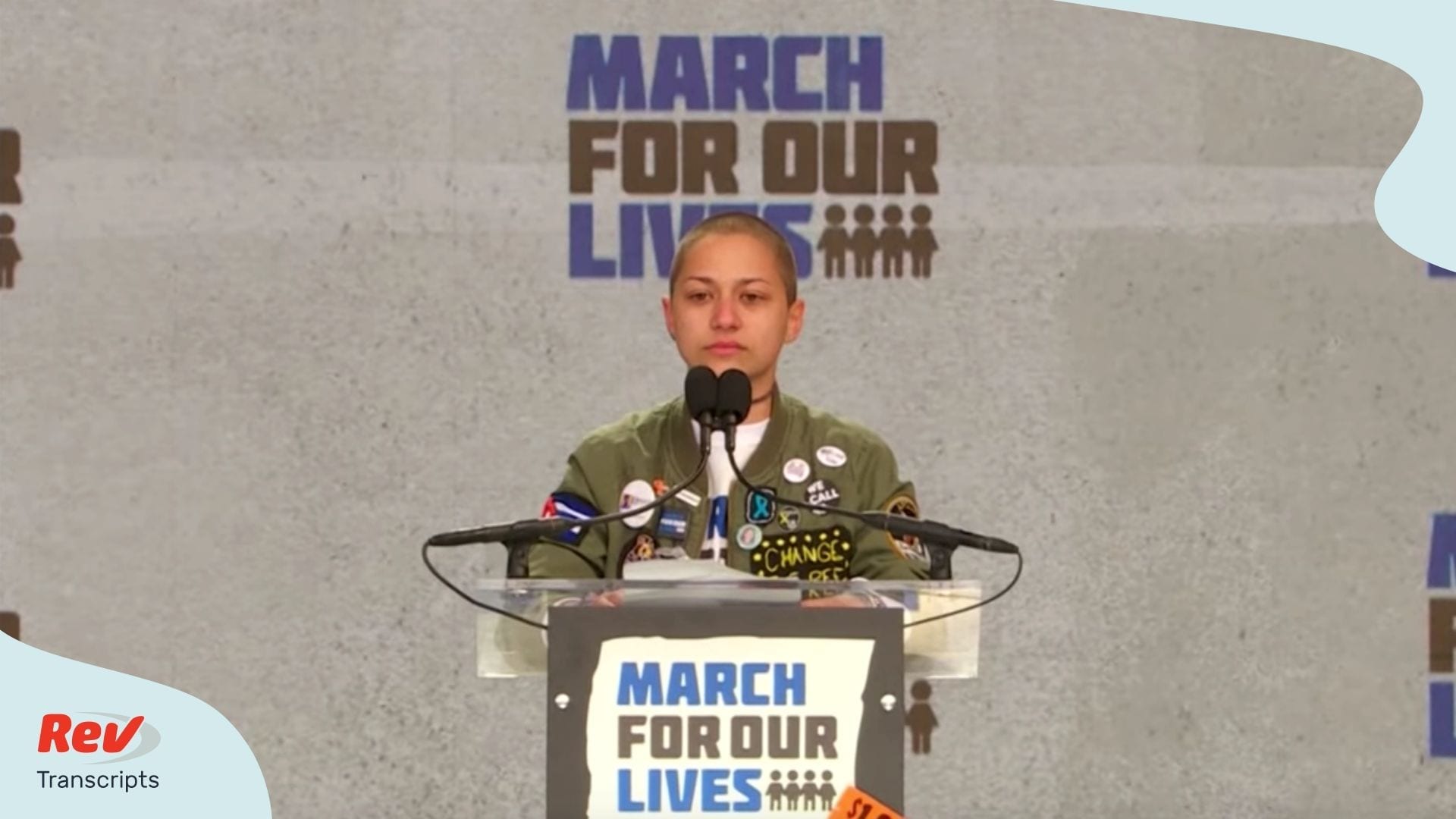 Emma Gonzalez delivered a powerful speech at the “March for Our Lives” in Washington DC against gun violence on March 24, 2018. Emma Gonzalez was a survivor of the Parkland school shooting. Read the full transcript of her speech right here at Rev.com.

Emma Gonzalez: (00:18)
Six minutes and about 20 seconds. In a little over six minutes 17 of our friends were taken from us, 15 were injured and everyone, absolutely everyone in the Douglas community was forever altered. Everyone who was there understands. Everyone who has been touched by the cold grip of gun violence understands. For us, long, tearful, chaotic hours in the scorching afternoon sun were spent not knowing. No one understood the extent of what had happened. No one could believe that there were bodies in that building waiting to be identified for over a day. No one knew that the people who are missing had stopped breathing long before any of us had even known that a code red had been called. No one could comprehend the devastating aftermath or how far this would reach or where this would go.

Emma Gonzalez: (06:36)
Since the time that I came out here, it has been six minutes and 20 seconds. The shooter has ceased shooting and will soon abandon his rifle. Blend in with the students as they escape and walk free for an hour before arrest. Fight for your lives before it’s someone else’s job.