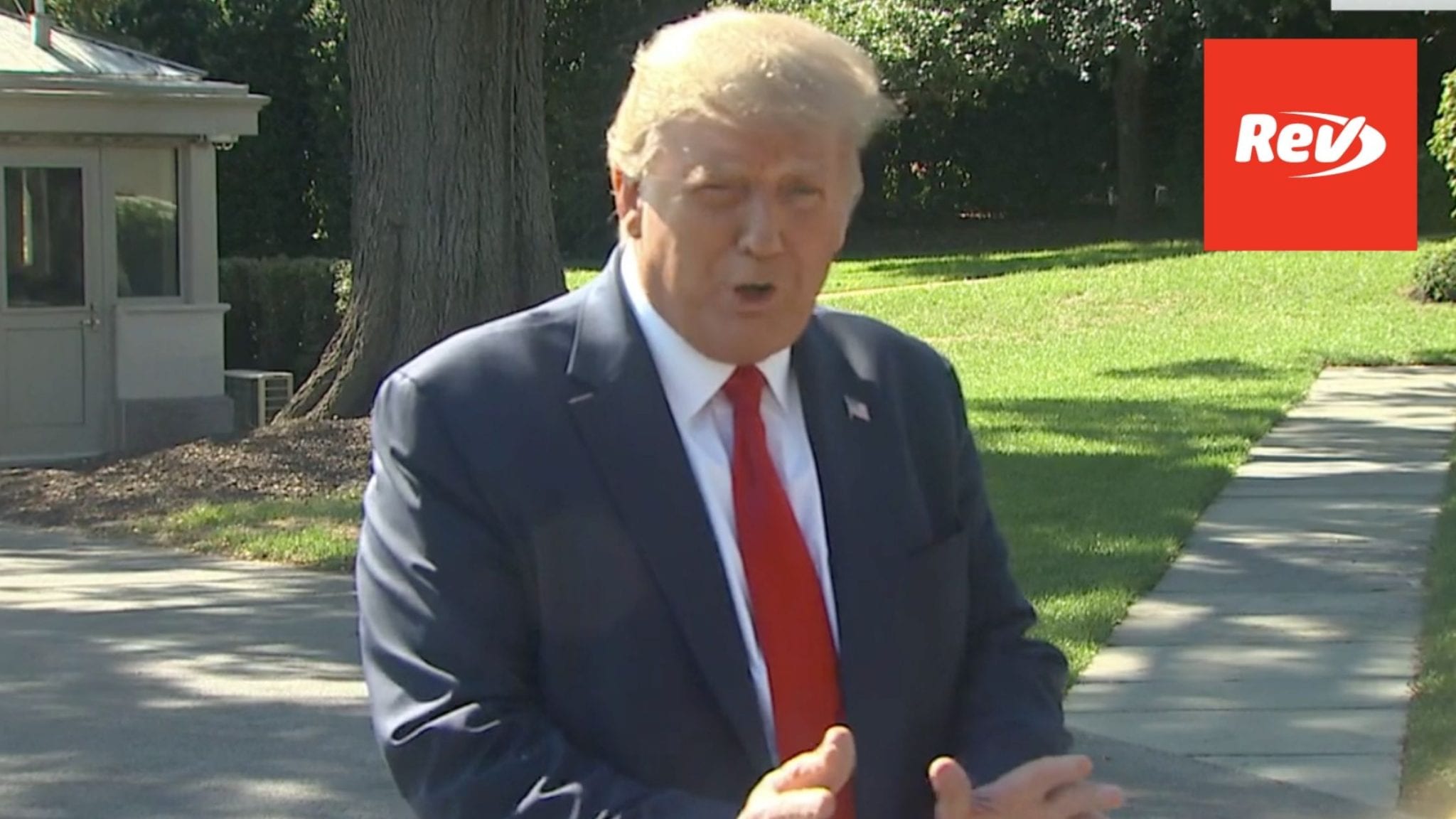 Donald Trump spoke to reporters on September 30 and said the Proud Boys “have to stand down and let law enforcement do their work,” when asked about his remarks during the debate last night. Read the transcript of his remarks on the White House lawn here.

Donald Trump: (00:00)
Okay, thank you very much. We’re going to Minnesota. I thought the debate last night was great. We’ve gotten tremendous reviews on it. We’re hitting what people want. Law and order, which Biden was unable to even talk about because he’d lose the radical left, his radical left followers. I don’t think there’s too many of them left, but I thought it was a great evening. It was an exciting evening. I see the ratings were very high, and it was good to be there. Felt very comfortable, and I appreciate all the good words. So we are going now, and we’re going to have a big rally. A lot of people are showing up. Yeah.

Donald Trump: (01:47)
Just stand by. Look, law enforcement will do their work. They’re going to stand down. They have to stand down. Everybody, they have to stand… Whatever group you’re talking about. Let law enforcement do the work. Now, Antifa is a real problem, because the problem is on the left and Biden refuses to talk about it. He refuses to issue the words law and order. You saw that last night when he choked up. He can’t say the words, because he’ll lose the rest of the left. So he’s got to condemn Antifa. Antifa is a very bad group. Yeah.

Journalists: (02:18)
So Mr. President, let me follow up. White supremacists, they clearly love you and support you. Do you welcome that?

Journalists: (02:40)
But do you denounce them? Do you know denounce white-

Donald Trump: (02:42)
I’ve always denounced any form, any form of any of that. You have to denounce. Joe Biden has to say something about Antifa. It’s not a philosophy. These are people that hit people over the head with baseball bats. He’s got to come out and he’s got to be strong, and he’s got to condemn Antifa. And it’s very important that he does it.

Journalists: (03:25)
What about you? Are you moving forward?

Donald Trump: (03:26)
Yeah, I would like to. By every measure, we won the debate easily last night. I think he was very weak. He looked weak. He was whining. Yeah, we won the debate by almost every poll that I saw. If you look at the various polls… I looked at about six of them. We won every one of them. So, no, I don’t mind debating him. I hear he wants to get out of the debates. I don’t know, that’s up to him.

Donald Trump: (04:00)
Yeah, it does concern me. And crime generally concerns me, any form of crime. And let law enforcement take care of it.

Journalists: (04:44)
Can I follow up to that, Mr. President? If there was an apparent Joe Biden victory come the 20th of January-