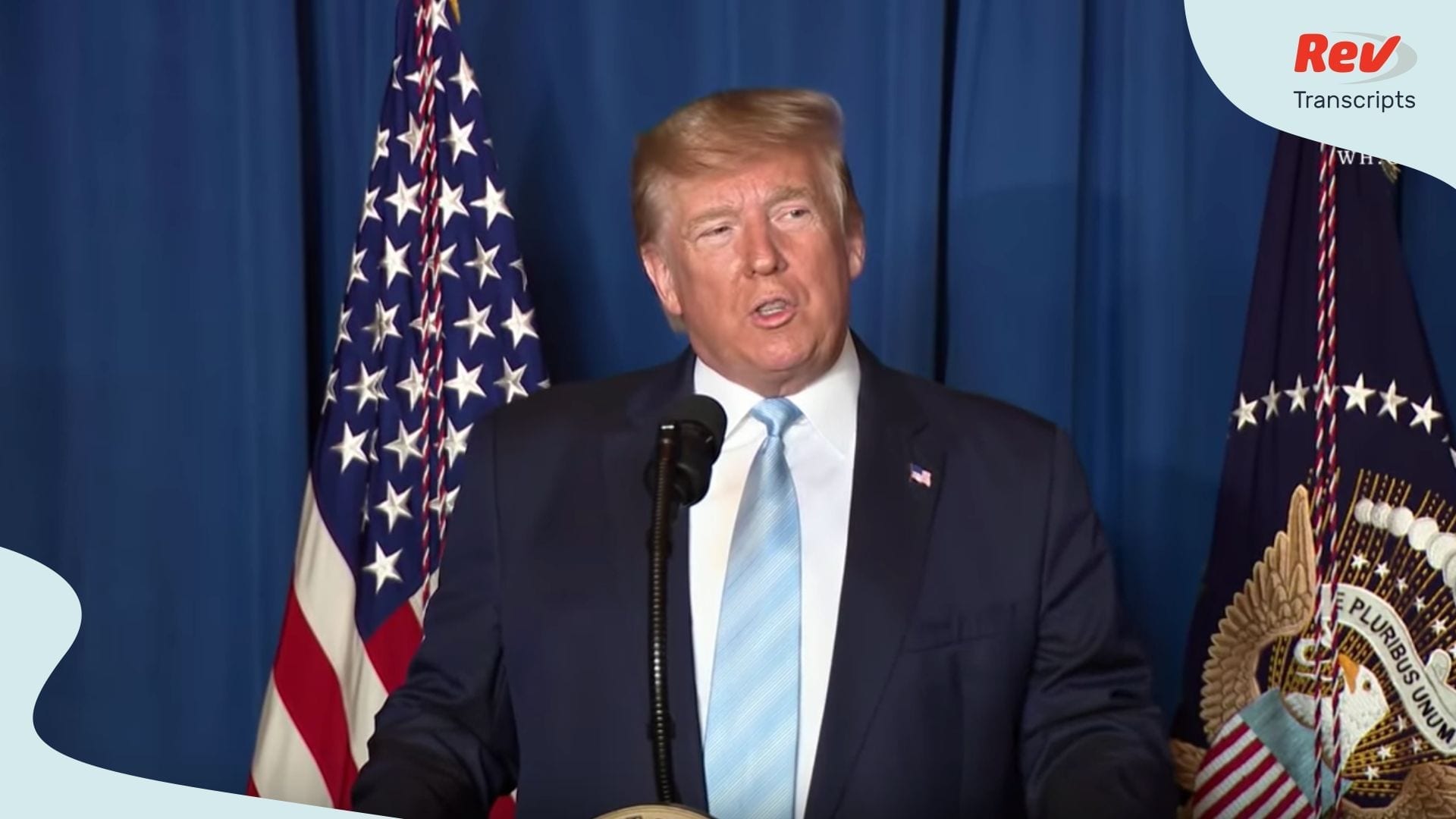 Donald Trump ordered an airstrike on Iranian general Qasem Soleimani early this morning, which resulted in the general’s death. Trump took heat for the strike since he did not get approval from Congress and could possibly start a war with Iran. Read the full transcript right here.

Donald Trump: (00:00)
Well, thank you very much and good afternoon. As president, my highest and most solemn duty is the defense of our nation and its citizens. Last night, at my direction, the United States military successfully executed a flawless precision strike that killed the number one terrorist anywhere in the world, Qasem Soleimani. Soleimani was plotting imminent and sinister attacks on American diplomats and military personnel, but we caught him in the act and terminated him. Under my leadership, America’s policy is unambiguous to terrorists who harm or intend to harm any American. We will find you, we will eliminate you. We will always protect our diplomats, service members, all Americans, and our allies.

Donald Trump: (00:58)
For years, the Islamic Revolutionary Guard Corps and its ruthless Quds Force, under Soleimani’s leadership, has targeted, injured and murdered hundreds of American civilians and servicemen. The recent attacks on US targets in Iraq, including rocket strikes that killed an American and injured four American servicemen very badly, as well as a violent assault on our embassy in Baghdad, were carried out at the direction of Soleimani.

Donald Trump: (01:33)
Soleimani made the death of innocent people his sick passion, contributing to terrorist plots as far away as New Delhi and London. Today, we remember and honor the victims of Soleimani’s many atrocities and we take comfort in knowing that his reign of terror is over. Soleimani has been perpetrating acts of terror to destabilize the Middle East for the last 20 years. What the United States did yesterday should have been done long ago. A lot of lives would have been saved. Just recently, Soleimani led the brutal repression of protesters in Iran, where more than a thousand innocent civilians were tortured and killed by their own government.

Donald Trump: (02:22)
We took the action last night to stop a war. We did not take the action to start a war. I have deep respect for the Iranian people. They are a remarkable people with an incredible heritage and unlimited potential. We do not seek regime change. However, the Iranian regime’s aggression in the region, including the use of proxy fighters to destabilize its neighbors must end and it must end now. The future belongs to the people of Iran, those who seek peaceful coexistence and cooperation, not the terrorist warlords, who plunder their nation to finance bloodshed abroad.

Donald Trump: (03:09)
The United States has the best military by far anywhere in the world. We have the best intelligence in the world. If Americans anywhere are threatened, we have all of those targets already fully identified, and I am ready and prepared to take whatever action is necessary, and that in particular refers to Iran. Under my leadership, we have destroyed the ISIS territorial caliphate, and recently American Special Operations Forces killed the terrorist leader known as al-Baghdadi. The world is a safer place without these monsters. America will always pursue the interests of good people, great people, great souls, while seeking peace, harmony, and friendship with all of the nations of the world. Thank you. God bless you, God bless our great military, and God bless the United States of America. Thank you very much. Thank you. 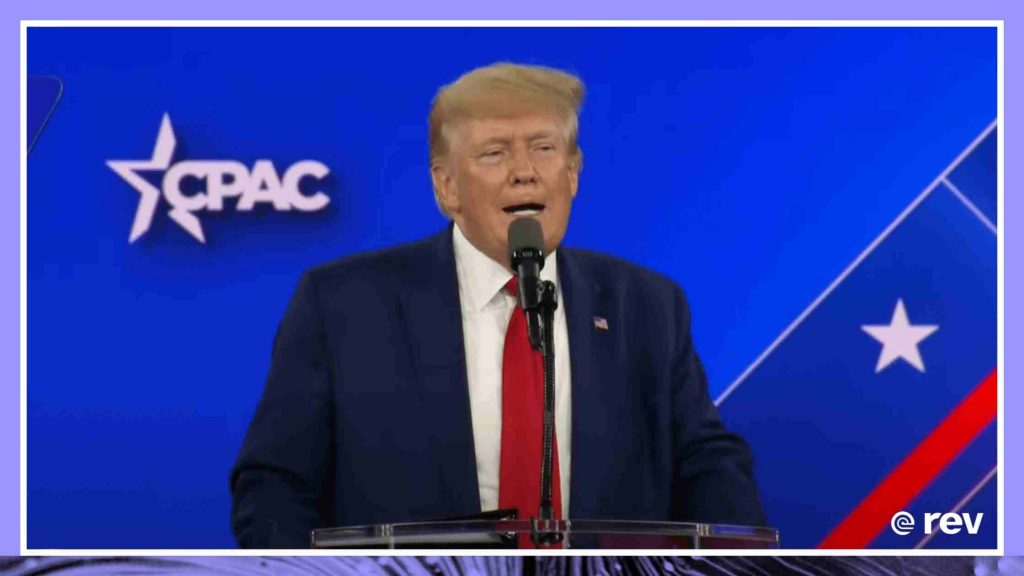 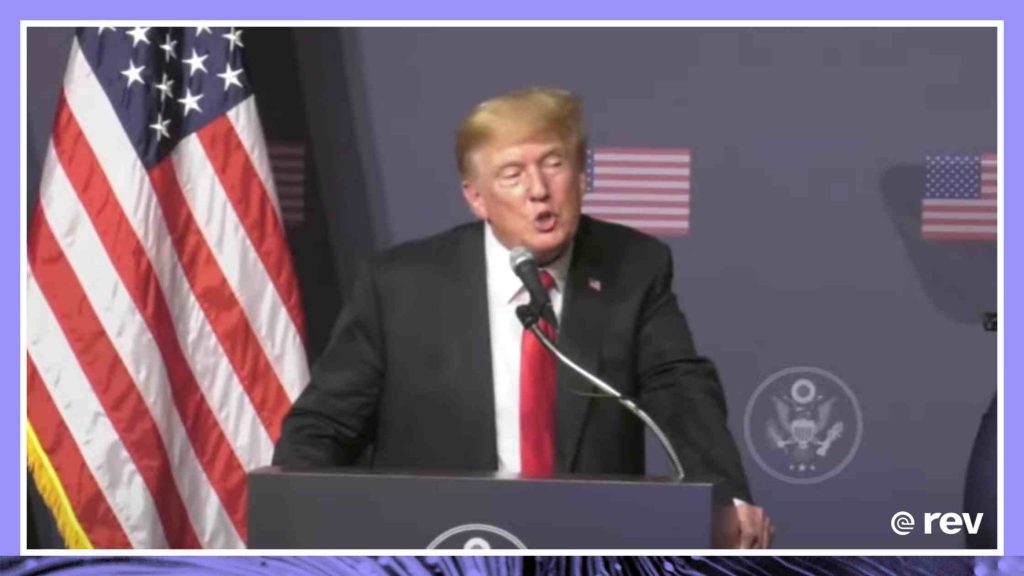