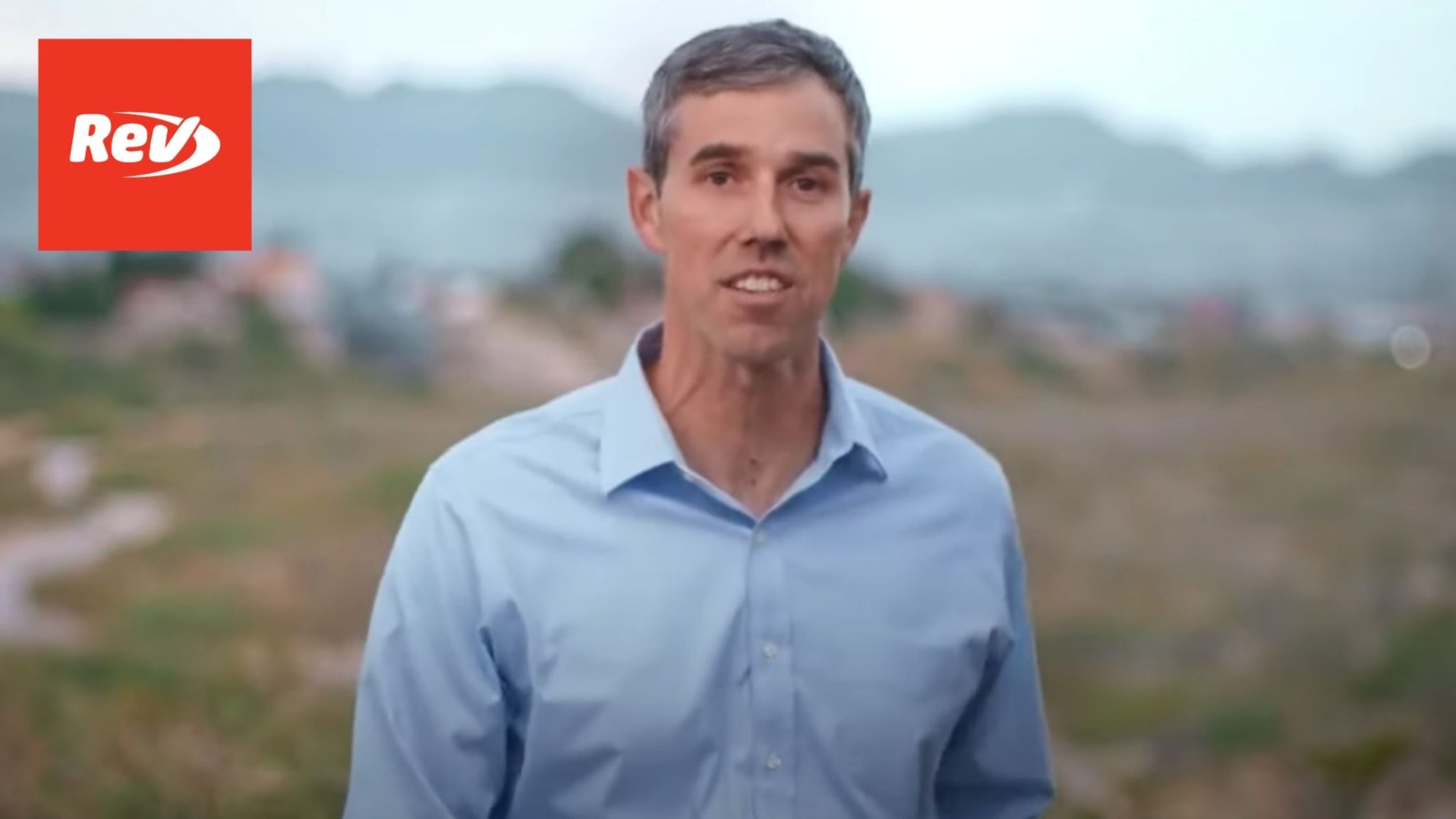 Beto O’Rourke announced his run for Texas governor against Gov. Greg Abbott on November 15, 2021. Read the transcript of his speech announcement here.

Beto O’Rourke: (00:00)
I’m running for governor, and I want to tell you why. This past February, when the electricity grid failed and millions of our fellow Texans were without power, which meant that the lights wouldn’t turn on, the heat wouldn’t run, and pretty soon, their pipes froze and the water stopped flowing, they were abandoned by those who were elected to serve and look out for them. It’s a symptom of a much larger problem that we have in Texas right now. Those in positions of public trust have stopped listening to, serving and paying attention to, and trusting the people of Texas. And so, they’re not focused on the things that we really want them to do, like making sure that we have a functioning electricity grid, or that we’re creating the best jobs in America right here in Texas, or that we have world-class schools, or that we make progress on the things that most of us actually agree on, like expanding Medicaid or legalizing marijuana.

Beto O’Rourke: (00:52)
Instead, they’re focusing on the kind of extremist policies around abortion, or permitless carry, or even in our schools that really divide us, and keep us apart, and stop us from working together on the truly big things that we want to achieve for one another. It’s a really small vision for such a big state. But it doesn’t have to be that way. And I know that together, we can get back to being big again. Because I saw that in February, when the electricity grid failed and those in power failed all of us, it was the people of Texas who were willing to put their differences behind them and get to work doing the job at hand, which meant helping our fellow Texans get through that crisis. We did this out of a sense of duty and responsibility to one another.

Beto O’Rourke: (01:39)
Now, imagine if the governor of Texas felt that same way. Well, there’s something that you and I can do about that. I want you to be part of this campaign. And whether that begins today with a campaign contribution, or signing up for a volunteer shift, or just committing yourself to talking with your friends and family about how important this election is, I want you on the team. And I want to win this with you, and for you, and for all the people of Texas. I’m looking forward to seeing you out there on the campaign trail. Thank you.