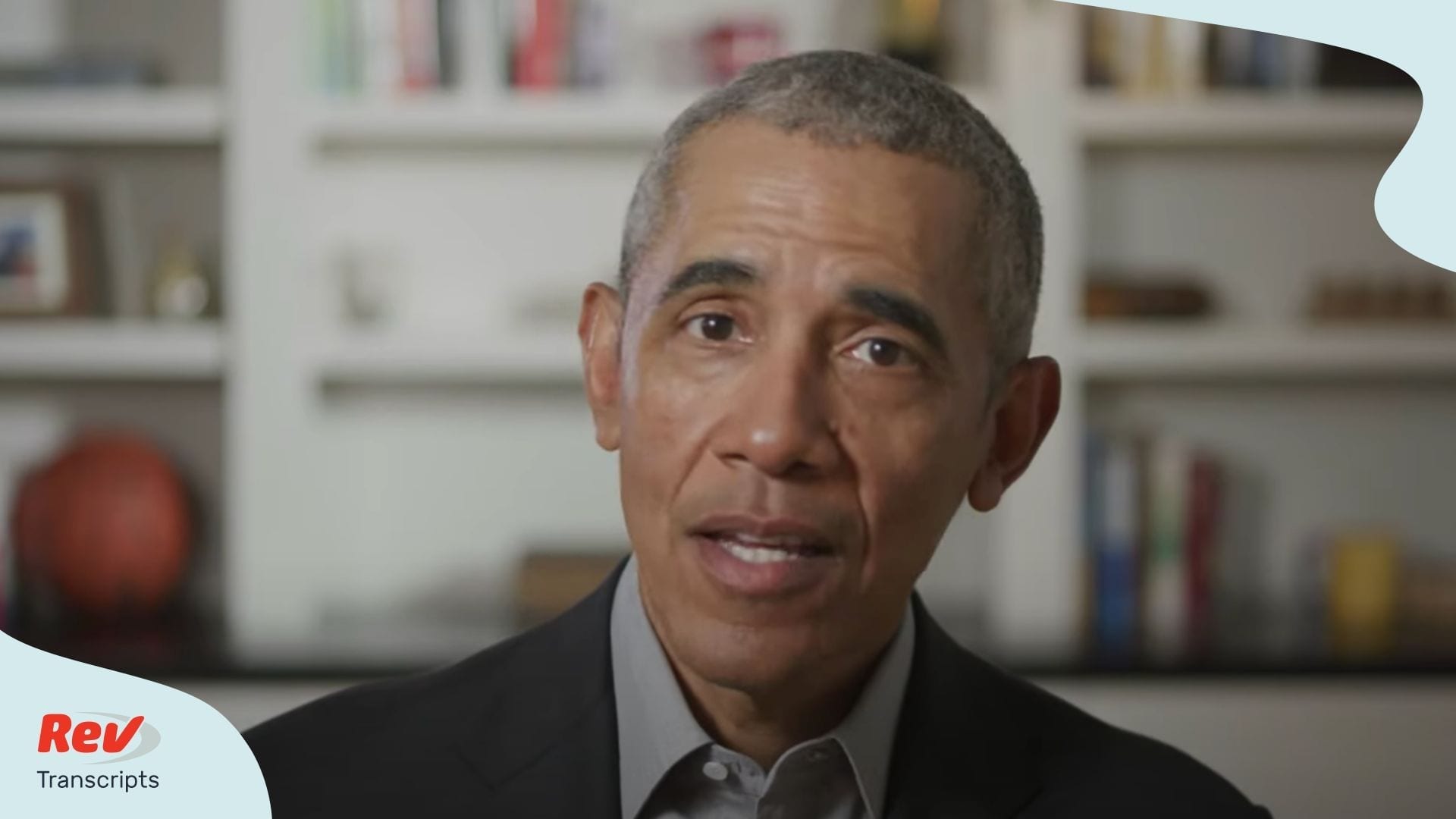 Barack Obama gave a speech in a HBCU virtual commencement, in which he criticized US leadership. He said “this pandemic has fully finally torn back the curtain on the idea that so many of the folks in charge know what they’re doing.” Read his full commencement address here.

Barack Obama: (00:00)
Hi, everybody. Congratulations to HBCU Class of 2020. Michelle and I are so proud of you. Graduating from college is a big achievement under any circumstances, and so many of you overcame a lot to get here. You navigated challenging classes and challenges outside the classroom. Many of you had to stretch to afford tuition, and some of you are the first in your families to reach this milestone. So even if half the semester was spent at Zoom University, you’ve earned this moment. You should be very proud. Everybody who supported you along the way is proud of you. Parents, grandparents, professors, mentors, aunties, uncles, brothers, sisters, cousins, second cousins, cousins who you aren’t even sure are cousins. Show them some gratitude today.

Barack Obama: (00:56)
Now look, I know this isn’t the commencement any of you really imagined, because while our HBCU’s are mostly known for an education rooted in academic rigor, community, higher purpose, they also know how to turn up. Nobody shines quite like a senior on the yard in spring time. Springfest at schools like Howard and Morehouse, that’s the time when you get to strut your stuff a little bit. And I know that in normal times, rivals like Grambling and Southern, Jackson State and Tennessee State, might raise some eyebrows at sharing a graduation ceremony.

Barack Obama: (01:33)
But these aren’t normal times. You’re being asked to find your way in a world in the middle of a devastating pandemic and a terrible recession. The timing is not ideal. And let’s be honest, a disease like this just spotlights the underlying inequalities and extra burdens that black communities have historically had to deal with in this country. We see it in the disproportionate impact of COVID-19 on our communities. Just as we see it when a black man goes for a jog and some folks feel like they can stop and question and shoot him, if he doesn’t submit to their questioning.

Barack Obama: (02:13)
Injustice like this isn’t new. What is new is that so much of your generation has woken up to the fact that the status quo needs fixing, that the old ways of doing things don’t work, and that it doesn’t matter how much money you make if everyone around you is hungry and sick. That our society and our democracy only works when we think not just about ourselves, but about each other. More than anything, this pandemic has fully finally torn back the curtain on the idea that so many of the folks in charge know what they’re doing. A lot of them aren’t even pretending to be in charge.

Barack Obama: (02:54)
If the world’s going to get better, it’s going to be up to you. With everything suddenly feeling like it’s up for grabs, this is your time to seize the initiative. Nobody can tell you anymore that you should be waiting your turn. Nobody can tell you anymore, this is how it’s always been done. More than ever, this is your moment. Your generation’s world to shape. In taking on this responsibility, I hope you are bold. I hope you have a vision that isn’t clouded by cynicism or fear. As young African Americans, you’ve been exposed earlier than some to the world as it is. But as young HBCU grads, your education has also shown you the world as it ought to be.

Barack Obama: (03:45)
Many of you could have attended any school in this country, but you chose an HBCU specifically because it would help you sow seeds of change. You chose to follow in the fearless footsteps of people who shook the system to its core. Civil Rights icons like Thurgood Marshall and Dr. King. Storytellers like Toni Morrison and Spike Lee. You chose to study medicine at Meharry and engineering at NC A&T, because you want to lead and serve.

Barack Obama: (04:19)
And I’m here to tell you, you made a great choice. Whether you realize it or not, you’ve got more roadmaps, more role models, more resources than the Civil Rights generation did. You’ve got more tools, technology and talents than my generation did. No generation has been better positioned to be warriors for justice and remake the world.

Barack Obama: (04:45)
Now, I’m not going to tell you what to do with all that power that’s in your hands. Many of you are already using it so well to create change. But, let me offer three pieces of advice as you continue on your journey. First, make sure you ground yourself in actual communities with real people, working whenever you can at the grassroots level. The fight for equality and justice begins with awareness, empathy, passion, even righteous anger. But don’t just activate yourself online. Change requires strategy, action, organizing, marching, and voting, in the real world, like never before. No one’s better positioned than this class of graduates to take that activism to the next level. And from tackling health disparities to fighting for criminal justice and voting rights, so many of you are already doing this. Keep on going.

Barack Obama: (05:44)
Second, you can’t do it alone. Meaningful change requires allies in common cause. As African Americans we are particularly attuned to injustice, inequality and struggle, but that also should make us more alive to the experiences of others who’ve been left out and discriminated against. So rather than just say, “What’s in it for me?” Or “What’s in it for my community?” And “To heck with everyone else,” stand up for and join up with everyone who’s struggling. Whether it’s immigrants, refugees, the rural poor, the LGBT community, low income workers of every background, women, who so often are subject to their own discrimination and burdens and not getting equal pay for equal work. Look out for folks whether they are white or black or Asian or Latino or Native American. As Fannie Lou Hamer once said, “Nobody’s free until everybody’s free.”

Barack Obama: (06:50)
And on the big unfinished goals in this country, like economic and environmental justice, and healthcare for everybody, broad majorities agree on the ends. That’s why folks with power will keep trying to divide you over the means. That’s how nothing changes. You get a system that looks out for the rich and the powerful and nobody else. So expand your moral imaginations, build bridges, grow your allies in the process of bringing about a better world.

Barack Obama: (07:25)
And finally, as HBCU graduates, you have to remember that you are inheritors of one of America’s proudest traditions, which means you’re all role models now, whether you like it or not. Your participation in this democracy, your courage to stand up for what’s right, your willingness to forge coalitions, these actions will speak volumes. And, if you’re inactive, that will also speak volumes. Not just to the young folks coming up behind you, but to your parents, your peers, and the rest of the country. They need to see your leadership. You’re the folks we’ve been waiting for to come along. That’s the power you hold, the power to shine brightly for justice and for equality and for joy. You’ve earned your degree, it’s now up to you to use it.